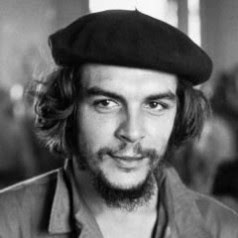 Perhaps more celebrated initially for its Hamburg premiere, disrupted by rightist opposition, not only from without, but also from within the RIAS Chorus, eventually abandoned, Henze's oratorio is dedicated to Che Guevara. Perhaps we do better now to listen to the work in its typically eclectic majesty. Here, though, are Henze's words - on it, rather than its non-premiere.


'The score of this oratorio dates from the years 1967 - 68 in Marino where I wrote it after years of planning and following the completion of the libretto by the poet Ernst Schnabel, to whom I owe the original idea. The piece is a sung reading of the logbook of a ship accidentally wrecked on the open sea and laden with dying people. The dying are the people of the Third World, the victims of the heartless and selfish world of the rich and powerful. Ernst Schnabel also had the dramatic idea of dividing the platform into two halves, one for the living, the other for the dead. Charon the Ferryman, a speaking part, mediates between these two worlds, which also differ from one another in their complement of instruments. Breathing (wind) instruments are assigned to the living whilst the dead, who briefly intone classical Italian from Dante’s Inferno as they enter their new realm, are accompanied solely by strings.


The outside world – that is to say a quite different reality from that of my music – influenced the work during the course of its composition. Forced, as I was, to encounter this burning subject as a composer, to depict betrayal, misery, and desperation caused by suffering and madness and to identify with the victims who speak in this piece, I felt my self growing closer to them, and the love and solidarity I felt for the persecuted, for those who suffer and fear for their lives, for the minorities who represent the majority, for the humiliated and wounded, grew with it. Schnabel and I envisaged the work as an allegory, as a description of struggle: of a struggle for clear life, out of which the spirit to fight and the determination to end an unbearable state of affairs will one day emerge.'

Now, as the forces of late-capitalist reaction stand both more powerful and yet more vulnerable than ever, such thoughts and indeed such music seem all the more necessary than ever. In the wake of The Bassarids, his great - too great? - bourgeois triumph in Salzburg, this oratorio both builds upon its musico-dramatic achievement and undermines it, dissatisfied with a musical world he had just rejected with such anger in purely verbal terms: 'Unnecessary are new museums, opera houses, and world premieres. Necessary, to set about the realisation of dreams. Necessary, to abolish the dominion of men over men. Necessary, to change mankind, which is to say: necessary, the creation of mankind’s greatest work of art: the World Revolution.' Here is a ravishing aural foretaste of what that work of art might be, eclectic in its discipline and disciplined in its eclecticism.