Let us not kid ourselves: there is absolutely nothing to recommend our historical moment. That is still more the case when it comes to music, for reasons no reader will need to see repeated. Yes, in some ways we may feel we appreciate it all the more, yet scarcity is no way to show appreciation, nor is throwing musicians’ lives on the scrapheap in order to funnel more cash to Dido Harding, Serco, and the horse racing ‘industry’. People are rightly angry, depressed, in despair—and dying. That is not something to celebrate with naïve, neo-Panglossian hopes for a better future. What music, when we can find it, when we can make it, can do is give us a little more hope for the present, a little relief from the hell that engulfs us.


It is chaos right now, of course, a different kind of chaos, man-made, from that which pertained prior to Creation. One could nevertheless make connections—and did—in an outstanding performance of Jean-Féry Rebel’s ‘Le Chaos’ to open the concert. Its extraordinary opening cluster, containing all seven notes of the D minor harmonic scale, hit home, but so, at least as importantly, did the six minutes or so of the piece’s progress, like Rameau on steroids, that unmistakeable ‘French Baroque’—however unsatisfactory the name—combination of texture and timbre ringing through the friendly acoustic. We may be all at sea, all in chaos even, but there was some comfort to be had from the Academy returning ‘home’ all these years later from its 1958 debut. So too was there in Michael Cox’s flute’s pastoral memories and, in the context of the concert as a whole, harbinger of music to come. The ASMF’s fabled polish was naturally present, but this was a performance of great commitment too, scales, one of our most basic musical building blocks, seemingly created anew in the struggle of ‘elements’—earth, water, air, and fire—to assume their place in a ‘natural order’ which, however constructed, we could yet momentarily believe in. Dance, if only imaginary, played its role, courtly yet modern, as much as notes ‘themselves’, for this was a dramatic, even conceptual, narrative that unfolded before our eyes and ears.

Cox returned as soloist for the next two pieces. First was Samantha Fernando’s Lost Things, derived from her music-theatre work The Journey Between Us. Perhaps inevitably in this concert context, the solo instrument emerged as if from French tradition, Debussy above all, yet in no sense sounded hidebound by it. Exploratory, idiomatic, leaving one curious to hear more, this was a piece that drew one in to listen, to appreciate the importance of every note: not just its pitch, but the nature of its sounding, and its relationship to others. Again, the sense of narrative was readily apparent: ‘lost things’, doubtless, yet much was found too.


In Mozart’s D major Flute Concerto, we heard cultivated, finely articulated orchestral playing from the outset, the soloist responding and developing in kind, his tone to die for, phrasing effortlessly expressive. Narrative here was above all harmonic, likewise in a slightly different sense in the kaleidoscopic cadenza. From that fundamental narrative, finely honed detail emerged to beguile us in the slow movement. A garden of tonal delights that, by Mozart’s later standards, is straightforward to interpret, whether as performer as listener—this is not Così fan tutte—it nonetheless enticed, on the cusp of recollections of a summer that never was (this of all years) and autumnal bite. Youthful high spirits and sheer beauty of sound were almost too much to bear in the finale. It spoke, or rather sang, of another world, a world we fear we shall neither see nor hear again. Still, better to have experienced its loveliness than not; such relief can and does help.


Last on the programme came a return to dance music: Aaron Copland’s Appalachian Spring, in its original, chamber version for thirteen instruments. As ever, the ensemble under Tomo Keller’s direction was second to none. Thinned textures—at least from the standpoint of general experience—fascinated, not least in the clarification of counterpoint at dawn. There was a heightened sense, I think, of Stravinskian influence in the following section: to my ears, all to the better, though that is really a matter of taste. Much of what comes thereafter is a bit folksy and soft-centred for me, but that is no comment on the performance itself, which clearly delighted many. Moreover, given the intent to send a message to the Academy’s American friends, scheduled at this time of year to hear the ensemble on tour, there was an undeniable message to be heard and felt. Many of us, after all, feel the loss of being cut off from loved ones, be they in Trump-land, currently more inaccessible to us than North Korea, or elsewhere, and a need to communicate with them in forms both old and new. Now, more than ever, music’s therapeutic benefits should be recognised whenever and wherever we can. 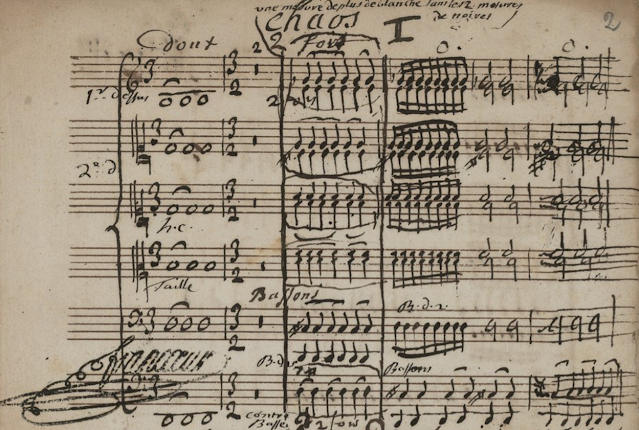 
Almost a year to the day (5 October 2019) since I had last seen Tristan und Isolde and considerably sooner, given the world’s catastrophic state, than I had anticipated, Wagner and Tristan returned to my life and to the lives of the performers of the London Opera Company, here giving its inaugural performance. For any company to open proceedings with Tristan is a declaration of intent, not least in London, so starved of Wagner compared to any city of its stature. Yet, this group of musicians determined not so much to keep the flame burning as, in contradistinction to its eponymous lovers, emphatically to ignite it—‘Das Licht! Das Licht!—showed a heroism as impressive and as moving in achievement as in conception. It is their hope that this will ‘inspire further chamber performances’; it should be ours too.


There were unquestionable advantages to a small performing space such as The Warehouse, near Waterloo station. No singer needing to force his or her voice. Facial expressions could readily be observed in a performance acted if not staged. We in the audience were readily drawn into the noumenal realm of Night in which Tristan's deepest action unfolds. So much Wagner is chamber music anyway; as with Liszt, that chamber music is usually part of a grander scheme rather than the essence of a work in itself.
Michael Thrift conducted, as he had in a slightly larger-scale Parsifal given four years ago in Chiswick a flexible, clearly directed account of the score. It may from time to time have had one long to hear him communicate such understanding in front of an orchestra; equally, it seized on the virtues of a chamber performance and had one appreciate them in themselves. Jonathan Musgrave’s heroic battle to convey Wagner’s orchestral writing on the piano, ably assisted by James Widden on violin and Alison Holford on cello, made for absorbing listening. Even Liszt would have had his work cut out here. Yet it was perhaps the Lisztian delicacy accorded to more intimate moments and passages—private, not public; Night, not Day—that lingered longest in the emotional memory.


Brian Smith Walters, Parsifal in that earlier performance, showed himself here as Tristan every inch a Heldentenor. As vividly communicative in words as in music, Smith Walters paced his performance wisely, with as keen a developmental edge as any listener might wish for, culminating in shattering agonies of Kareol and sweetly longed-for release. For all the surrounding metaphysics, this was a profoundly human journey: proportionate to, yet far from constrained by, a chamber setting  that increasingly took upon itself characteristics of the nineteenth-century drawing rooms in which Wagner's own dramatic journey had taken flight. Likewise Cara McHardy’s performance as Isolde. Similarly reactive to dramatic circumstance, her path to ecstatic transfiguration excited in the uncertainty of the here-and-now, yet proved commendably clear in retrospect. Wagner's owl of Minerva once again spread its wings at dusk.


In this chamber context, the performances of McHardy and Harriet Williams as Brangäne afforded an unusual first-act opportunity to hear some of the roots of Wagner’s vocal writing in earlier, Italian or at least Italianate, opera. Shorn of rich orchestral tapestry, the score, or better one’s aural perspective upon it, yielded other secrets: words and their meaning, steeped in Novalis's verse as much as the philosophy of Schopenhauer, often overlooked amidst the musicodramatic maelstrom; a grander bel canto than we have come to expect, Wagner’s Norma, rather than Bellini’s; not to forget those treacherous, enticing paths to a Schoenbergian future for voice with ensemble. Williams’s performance, wise and compassionate, with deeply affecting vocal colour—at one point, chalumeau-like in her lower register—had this listener long for more.


Moreover, not only was there no weak link in the cast; strength of ensemble and dramatic interaction rendered it considerably more than the sum of its parts. Louis Hurst’s honest Kurwenal; finely etched accounts of the Young Sailor and Melot from Ben Thapa and Jonathan Cooke; Richard Wiegold’s sonorous King Marke, timbre and delivery redolent at times of noble Finnish predecessors such as Martti Talvela and Matti Salminen: all were valued contributors. It was, however, the keenly communicative qualities Bo Wang’s Shepherd and Steersman that made the greatest impression on me: nothing taken for granted, all presented with palpable sincerity and commitment. Above all, this was an accomplished and moving company debut.