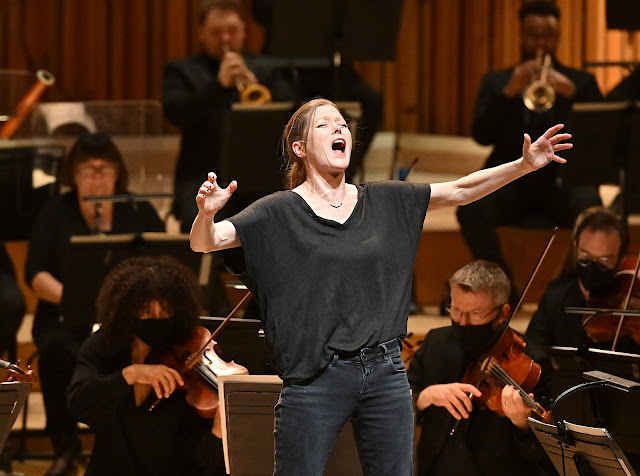 24 February 2022 was a black day for Europe, for humanity. The prospect of a concert opening with Strauss’s Metamorphosen seemed potentially a little much, directing us all too readily to where war once more threatened to take us. Perhaps it was as well that the LSO, unobtrusively conducted by Barbara Hannigan—she only began to direct at the first violin entry—offered a performance more Apollonian than Dionysian, Goethe more than requiem. In an extended companion piece to Capriccio and its opening sextet, to the Oboe Concerto too, an aristocratic collection of string soloists came together as if a collection of Masters in Munich’s Alte Pinakothek. In principle, I may have missed something darker, something engaging with Beethovenian ghosts of heroism, with destruction and devastation; but such quietly dignified, civilised music-making was probably the right thing at the right time.

A darker performance might also have called into question the appropriateness of the pairing with Poulenc’s La Voix humaine. Here, to an unusual extent, Hannigan had taken to heart the word ‘humaine’. This was a glorious performance by the human voice, certainly, but equally so in terms of conducting and something approaching live filmed ballet, the two (or three) often fusing to form a greater ‘act’. Three live cameras proved in more than one sense a projection by ‘Elle’. Perhaps the orchestra itself was too, or Elle was imagining herself as conductor (or as Barbara Hannigan). Any initial scepticism concerning Hannigan’s conception of the work as a woman’s fantasy—perhaps this was simply what she might have said to someone from her past; perhaps there was no man at all—vanished, this viewer and listener entirely won over by the immediacy, commitment, and technical excellence of the performance, unsparing close-ups included. The film froze and Hannigan turned to the audience, continuing to act, when Elle told us of her attempts at suicide. Simple, yet startlingly effective. 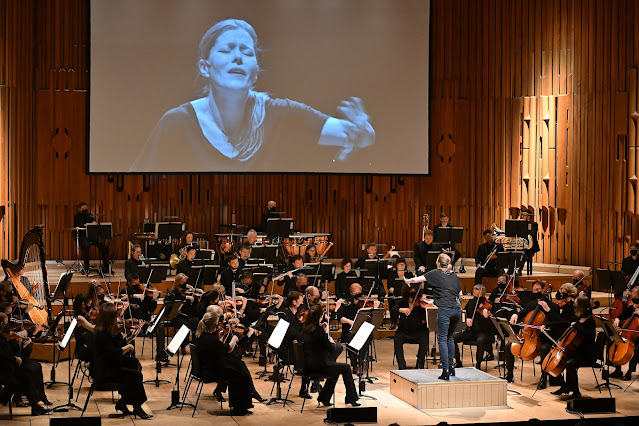 The LSO, willing partners to Hannigan, Denis Guéguin, and Clemens Malinowski, proved precise, incisive, and affectionate without sentimentality. Where was the authorial voice, one asked? Was there more than one, or was there indeed one at all? Such questions emerged as both necessarily particular and more general, pertaining to what after all is, in some ways, little more (though no less) than recitativo accompagnato and to the heart of opera ‘itself’. The magic of Poulenc’s cadences and indeed of other harmonic progressions duly registered, lifting the everyday and its fantasies momentarily into that new realm we call the transcendental. Poulenc’s grand climax, almost paradoxically repeated yet convincingly so, on those final, tragic words, ‘Je t’aime’, reminded us, should we have needed reminding, that he, like his protagonist, knew how to put on a show. So too, likewise in the very best sense, did our performers this evening.