By my reckoning, this is the fourth new opera I shall have seen in 2011; so far as I am aware, it will also be the last. The balance sheet, to employ an unlovely metaphor, has not been unremittingly positive, yet it seems to me crucial that arts organisations should be permitted to make mistakes; the alternative is the stultifying conservatism of a dead museum culture. Mark-Anthony Turnage’s Anna Nicole claimed to be about trashiness but was merely trashy, whilst Nico Muhly’s equally-hyped Two Boys proved so grossly inept that it did not even afford the odd moment of unwitting amusement. Fine performances were wasted on both. Tarik O’Regan’s Heart of Darkness, however, joins Bruno Mantovani’s Akhmatova as a well-crafted, well-executed work, which, whatever the future may hold, permits of not only a satisfying but at times moving evening in the theatre. Neither work, moreover, outstays its welcome, suggesting in the present case that preliminary development work with American Opera Projects and ROH 2’s OperaGenesis, reaped dividends for the finished article as jointly presented by Opera East Productions and ROH2. 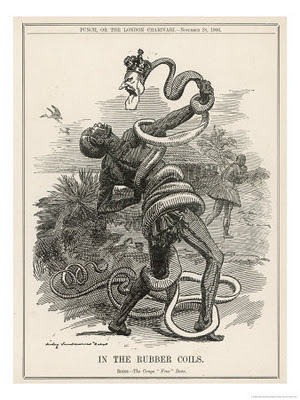 Unlike those other three works, Heart of Darkness is a chamber opera: for obvious reasons a more typical course for a new opera to take, though there was no sense of compromise in that respect, nor indeed of anything other than enthusiasm at the smaller scale involved. Not everything needs or even wants to be grand. O’Regan and librettist, Tom Phillips, have distilled Joseph Conrad’s novella, using Conrad’s own words, aiming to present, and to my mind succeeding in doing so, a psychodrama: the old sea captain, Marlow’s exorcism of the trauma of his visit to Africa as a young man. The action flits between the Thames and the Congo, yet cleverly, we are made to wonder how much of the latter is a creation of the former, not least on account of the visible doubling of roles: how reliable a narrator is Marlow? O’Regan’s use of resonances – rather than direct quotation or re-creation – from Hugh Tracey’s ethnological recordings of the 1950s present in their instrumentation of harp, celesta, guitar, and percussion, a necessarily European attempt both to adopt and to stave off the strangeness of the world penetrated, or not, by the young steamboat captain. The ‘compromise’ is anything but: in its employment not for the ‘African’ drama but for the London quasi-recitatives, we become increasingly aware of the layered nature of orientalist experience. Variation in musical style is associated with, but perhaps confounds our initial expectations of, time and location. Both librettist and composer focus at one point upon the word ‘rivets’. It has a sound and potential of its own, clearly relished by both; it also has association with the imperialist world of commerce in polite terms and murderous rape and exploitation in franker, more realistic language. And so, the motor rhythms generated from this verbally and musically generative cell take over the ensuing scene: not only a metaphor, but direct experience of the unspeakable barbarism of the Congo Free State. Yet the journey as a whole is not straightforwardly towards truth, far from it, for just before the end, Marlow flinches and tells Kurtz’s Belgian fiancée that Kurtz’s last words had been her name, whereas famously, they had been ‘The horror! The horror!’ The world and Marlow’s experience of it remain a ‘vast grave of unspeakable secrets’. Should we trust his divulgence of this particular example?

Opera East Productions were both wise and fortunate to engage the services of the new music ensemble, CHROMA, as well as a fine cast, incisively conducted by OEP’s artistic director, Oliver Gooch. Scoring is for flute/alto flute/piccolo, two clarinets/bass clarinets, horn, percussion, keyboards, guitar/bass guitar, two violins, viola, two cellos, double bass, and harp. The musicians seemed unfailingly alert to the twists and turns of the score, Stravinsky-like in the inhuman rhythms of modern imperialism, more flexible, indeed close to Britten, in the freer, recitative passages. The vocal lines often stand very much in a post-Britten line too, certainly as interpreted here. Alan Oke makes a predictably excellent impression as Marlow, young and old: one could imagine that he had been singing the role all his life rather than creating it here and now. Another splendid voice of experience was provided by Donald Maxwell. Gweneth-Ann Jeffers provided both an air of mystery and of emotional honesty in the doubling up of Kurtz’s African love and European fiancée. The dark, questing spirit of Kurtz himself was powerfully evoked by Morten Lassenius Kramp: his deep, virile bass a true discovery of the evening. (We can gloss over the contradiction between the synopsis description of ‘gaunt, thin, and ill’ and the impressively gym-honed body on display, since there was an undoubted fever to appearance and portrayal.) Jaewoo Kim’s Harlequin left something to be desired in terms of diction and the character somewhat irritated: but the latter at least is doubtless part of the intention.

Edward Dick’s staging and Robert Innes Hopkins’s designs proved more resourcefully ingenious than many a production viewed on the main stage at Covent Garden Rick Fisher’s lighting a crucial agent in the transformations of time and location. The framing device of a ship’s ropes and the dual purpose function of items such as desk and crates a real virtue in terms of imagination and the work’s interrogation of Marlow’s narrative. All the while, the water lapped around: threateningly evocative of both Thames and (imagined?) Congo. How refreshing it was, then, to experience a work and production that spoke of true collaboration.