A good number of recent shorter operas, particularly those performed in this country, made a stronger impression with their libretti than their scores. Glare, performed in the Linbury just a few months ago, was a case in point; so, I think, was The Virtues of Things. The former work is highly plot-driven, more after the manner of a television drama than we tend to expect.; this is somewhat different, a welcome stab at a contemporary operatic comedy, but one whose words, by Sally O’Reilly, seem to get in the way of musical setting, which in turn, or perhaps even fundamentally, never seems able to free itself enough of those words. Maybe I am hopelessly outdated in thinking that a libretto should provide space for music and not attempt too much on its own, but this opera seems to offer some confirmation. The relationship between Wort and Ton has, of course, been the concern of many a treatise, and indeed a good few operas, but this work in three short acts, about eighty minutes in total, seemed rather too lengthy for its material. Capriccio it is not. I could not help but wonder whether it might have been better at about half the length, paired with another, contrasting work, as happened last year, in the first such collaboration between the Royal Opera, Aldeburgh, and Opera North: The Commission and Café Kafka. 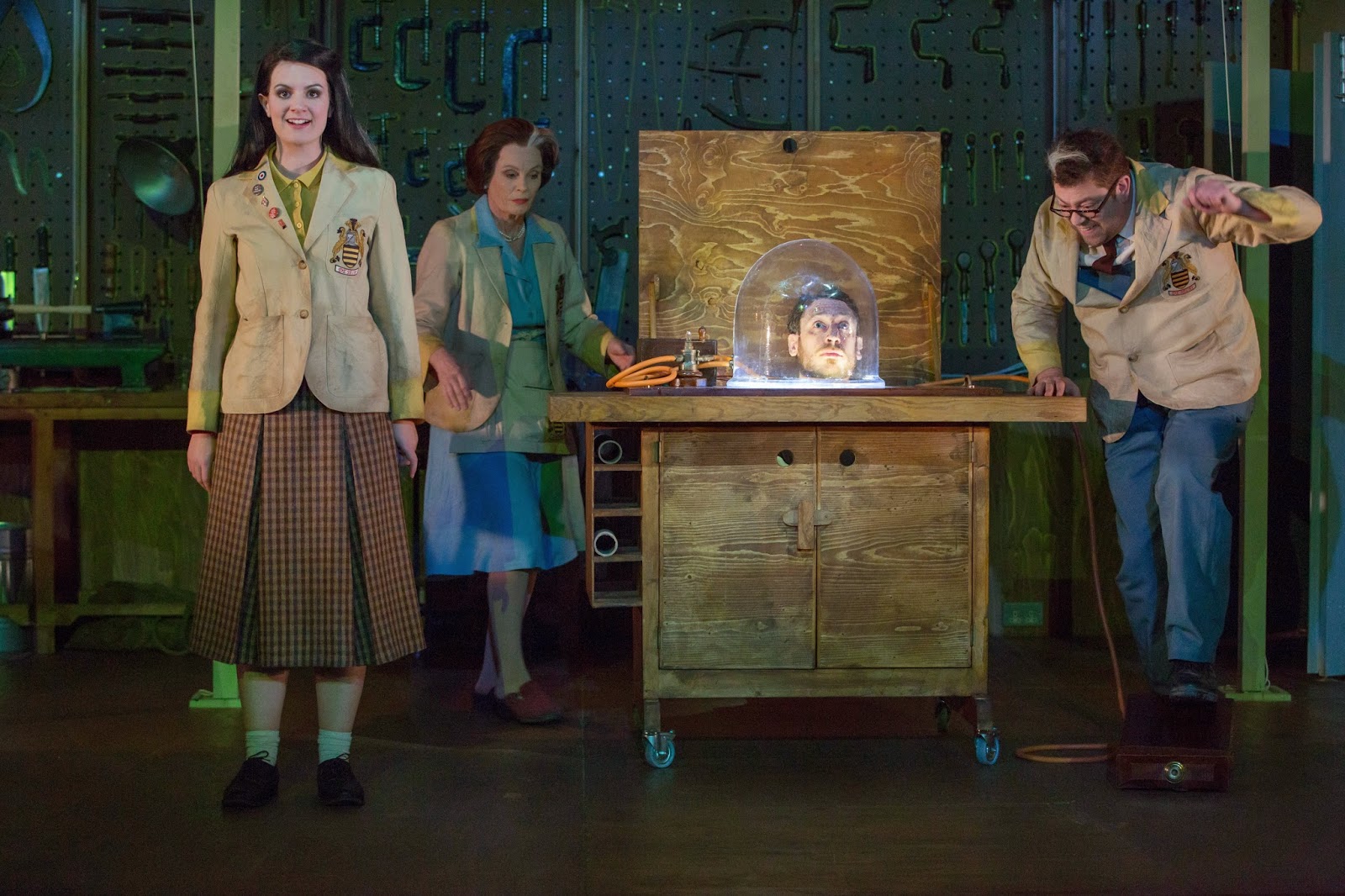 A traditionalist prop-making company, the de Selby family Business, is imperilled by illness, Parabola having fallen ill (the same illness will soon strike the other senior designer, Ellipsis), and then by the visit of a technologically-minded freelance replacement, Eames. There are some interesting enough observations upon the nature of stagecraft; should one, for instance, start with something naturalistic and generalise, or the other way around? But the thrust eventually seems to concern significance, in a more or less semiological sense. Ellipsis – yes, the clue, it would seem, lies in the name – reacts in absurdly strong fashion to the props and their meaning. Increasingly, the family seems incapable of distinguishing between art and reality, snatches of different operas on which it has worked appearing and taking over, until all fall down – and a bemused Eames departs.

The problem, as hinted above, seems to be that there is little space left for music, or at least that little space is created by it. Matt Rogers’s score is perhaps at its strongest in the broader distinctions it offers, the quasi-bureaucratic tidiness of the first act gradually disintegrating in parallel to the family’s minds. Instrumentation – string quintet and wind quintet – puts one in mind of an ensemble approaching, although not quite reaching, that of, say, Schoenberg’s First Chamber Symphony, and indeed, in the excellence of performance offered by the Aurora Orchestra and Richard Baker, there is something of that brilliance. Was that a deliberate nod towards Schoenberg’s score in the first act, when ‘complexity’ was discussed; or was it just my imagination? I am genuinely not sure, though I was intrigued by the thought itself and by the ambiguity of my response. Otherwise, however, the setting remains, at least for my taste, a little too closely tied to the needs of the words, rarely if ever breaking free and thus offering the prospect of higher conflict and/or integration. It is difficult, moreover, to perceive anything much in the way of affection or consideration for voices. Again, the words, it seems, take precedence. 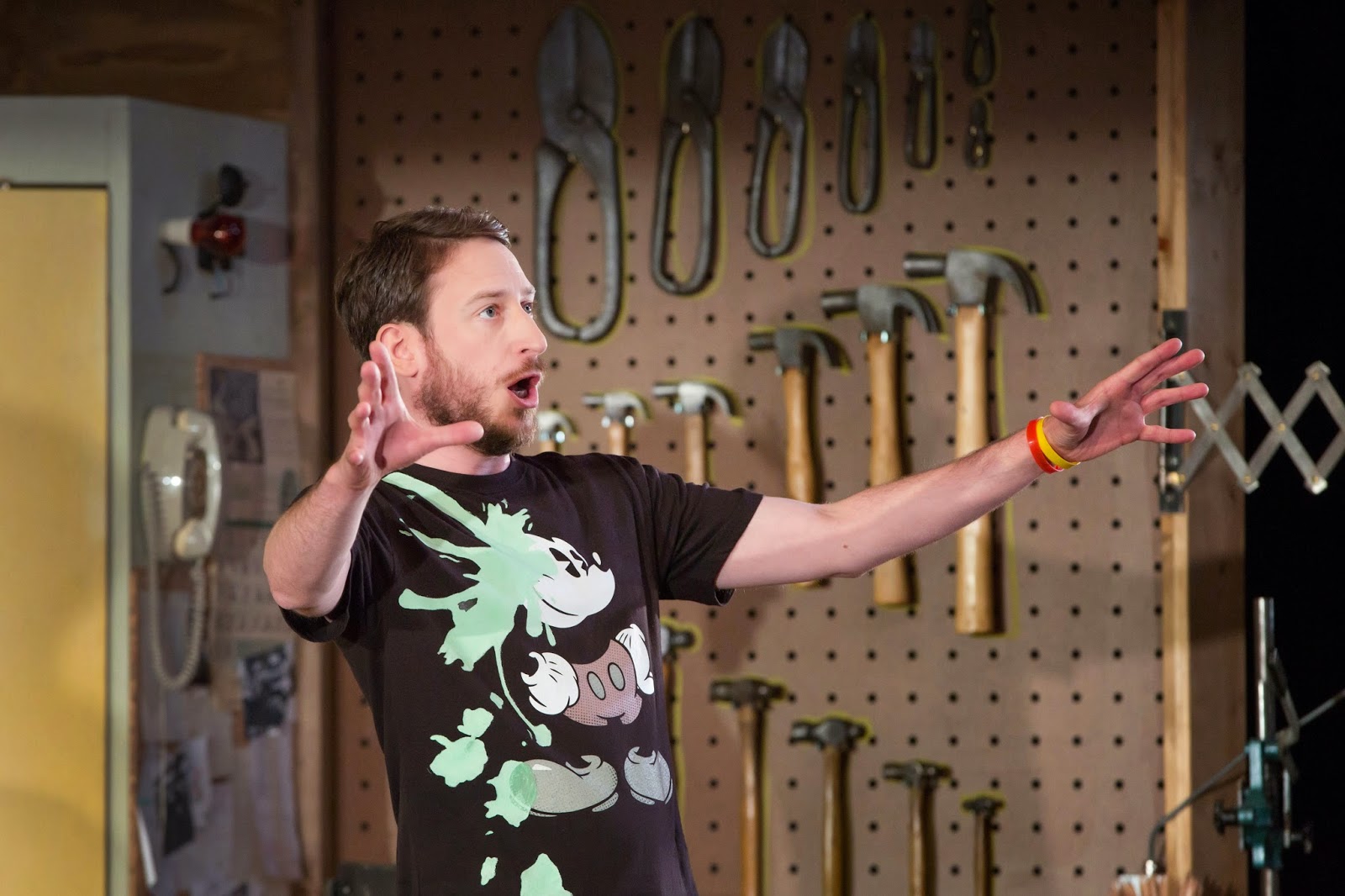 Within the frame of Bijan Sheibani’s sharp direction and Giles Cadle’s resourceful designs – an excellent, properly naturalistic workshop, transformed by the action and, at the end, by Matt Haskins's striking lighting of the opera, The Virtues of Things – the cast did an excellent job. David Stout’s steadfast, honourable traditionalist and Fiona Kimm’s increasingly unhinged, often scene-stealing Ellipsis vied against Paul Curievici’s splendid stage and vocal presence, Robyn Allegra Parton’s often-high yet sometimes challengingly low soprano veering towards the youthful attractions of the latter, at least earlier on. Richard Mosley-Evans’s quack doctor did a fine turn too. Diction was excellent throughout. I simply wish there had been more of interest in the vocal and indeed in much of the instrumental writing.


Further performances will take place at the Linbury (5. 6 May), the Britten Studio, Snape (9 May), and the Howard Assembly Room, Leeds (15 May).