The rediscovery of Hans Karl Breslauer’s 1924 silent film, Die Stadt ohne Juden (‘The City Without Jews’), has involved a degree of reconstruction. Based on Hugo Bettauer’s novel of the same name, published two years earlier, the film was long thought lost and had indeed pretty much disappeared from broader public consciousness. Olga Neuwirth saw the first fragmented discovered in the Netherlands when she was twenty-two; further material for the ‘new’, present version was later spotted in a Paris flea market, but this reconstruction and restoration by the Austrian Film Archive almost certainly diverge from what was originally seen (especially when it comes to the ‘dream’ conclusion). Neuwirth’s approach from the head of the Vienna Biennale to compose a new score to accompany performances came as a consequence of that Paris rediscovery. She initially declined, not least since she was at work on her new opera for Vienna, Orlando, but was eventually persuaded to take a break from work on that score. The co-commission comes from the Barbican Centre, the Vienna Konzerthaus, the Hamburg Elbphilharmonie, the Ensemble Intercontemporain, ZDF/ARTE, and the Basel Symphony Orchestra. 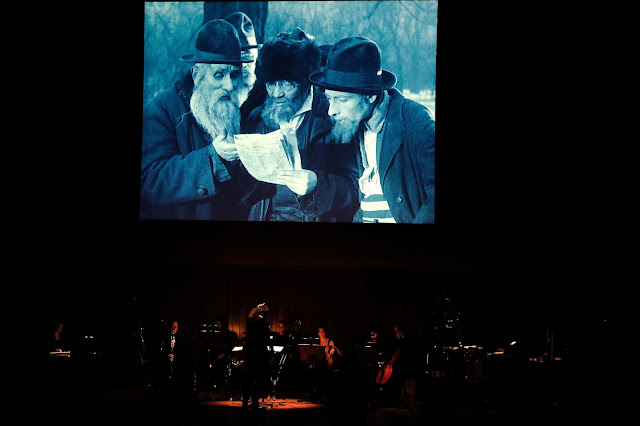 Bettauer’s novel seems to have been darker than the film. (I say ‘seems to’, since I must rely on secondary information, not yet having had chance to read it for myself. I shall now certainly try to do so.) His other writings include treatments of US ‘interracial’ marriage and various women’s issues. He was also an early victim of Austrian Nazism, condemned as a ‘red poet’ and ‘corrupter of youth’, and murdered in 1925 by Otto Rothstock, a dental technician and (most likely) party member. Breslauer, on the other hand, seems to have been an opportunist: happy to make films with Jews, to introduce scenes of Viennese Jewish life – fascinating as historical documents too – into the film, scenes not present in the book, yet also willing later on to join the Nazi Party and to make propaganda films. Such is obviously in itself a fascinating, disturbing context for a twenty-first-century composer, let alone one so socially and politically aware as Neuwirth. 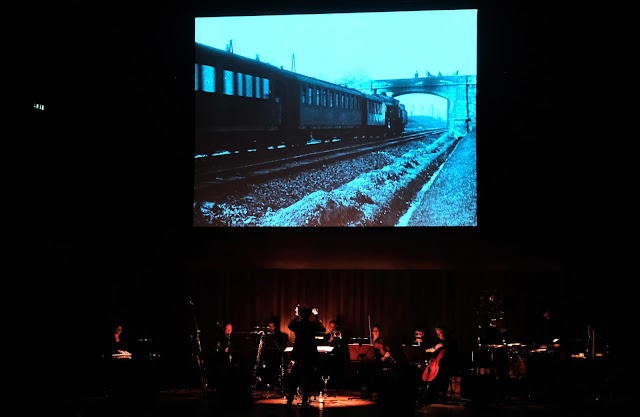 It is, of course, impossible for us not to view a film about Vienna, sorry Utopia, let alone a film in which that city votes to expel its Jewish population – here with the happy ending that it staves off economic collapse by welcoming that population back, a Jewish hero also getting the girl – through post-Holocaust spectacles. That said, it does us no harm and indeed much good to attempt additionally to view it from a 1920s standpoint. (That holds even, perhaps especially, when we are trying to come to terms with what would later ensue.) Neuwirth’s score, for live ensemble of amplified instruments and tape, plays with distance and avoids the potential Romanticism – as she sees it – of writing portentously for a large orchestra, as was initially requested of her. There is an irony here that it is tempting to view in part as Jewish; I cannot help but think Heine would have approved. It was important for Neuwirth not to fall into the trap, as, following Hanns Eisler, she see it, of mere representation. Nevertheless, she employs fragments of found material, be it Austrian popular song, sonorities of the twenties (for instance, saxophone salon music) to bridge the gap between ‘then’ and ‘now’. This is emphatically not something to consign to ‘history’, nor should it be. The excellence of performances from PHACE under Nacho de Paz, perfectly synchronised with the demands of film accompaniment, did likewise. Neuwirth’s longstanding interest in film – at eighteen, she studied both film and music, before opting to concentrate on the latter – takes, after Long Highway, another productive turn. 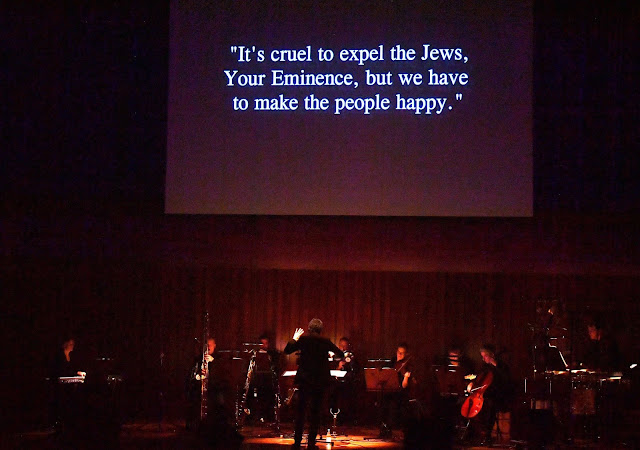 In brief discussion with Bryony Gordon beforehand, Neuwirth related the irony of having arrived in London to hear Theresa May echo the words of the Utopian Chancellor on ‘leadership’. This is not, repeat not, an issue to be consigned to ‘history’. Alas, as history shows us time and time again, by the time we start to think, artistically to create, it is almost always too late. We ‘citizens of nowhere’: we know, like the Windrush Generation, like our EU27 brothers and sisters, where May’s Utopia will lead.