Whose first thought when Cavalli is mentioned is anything other than Raymond Leppard? Certainly not mine. Whilst many, indeed pretty much all, such associations will be simplifications of varying degrees of grossness, and some bizarrely, often chauvinistically, incorrect – Bernstein and Mahler, for instance – Leppard’s role in the rediscovery and revival of Cavalli’s operas can hardly be gainsaid. What I should have given to hear one of his imaginative, luscious realisations in the flesh. Much has changed in the meantime, of course: save for the very occasional actual ‘reorchestration’, it has long been a capital offence to perform seventeenth-century music on modern instruments. I suppose we should be grateful that the fatwas of ‘authenticity’ have extended less frequently towards staging, although the vaguely ‘stylish’ mishmash that often results tends at best to be a mixed blessing. 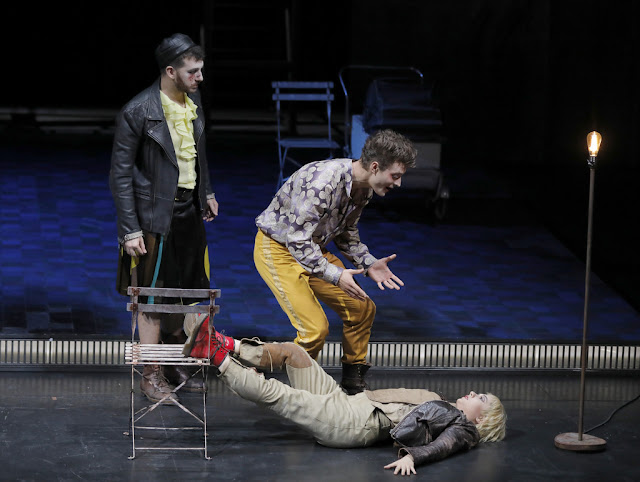 What we saw and heard here was much in that line, and proved enjoyable enough in its way, although I could not help but wish that something more daring had been attempted. The theatre itself, the Théâtre du Jeu de Paume, is a delight. However modernist one’s view of other matters may be, the growth of opera houses into outsize monsters should surely be deplored by all. Presumably someone will object that it is an eighteenth-century theatre; in which case, kindly get thee to seventeenth-century Venice and leave the rest of us in peace. Leonardo García Alarcón and his small, yet far from shy, Capella Mediterranea played in the accustomed ‘we’re Mediterranean and thus “sensual”’ style, or alternatively, ‘sex please, we’re not Christopher Hogwood’ – which is certainly preferable to, well, Christopher Hogwood and other puritans. It is, though, all a bit predictable after a while, not nearly so ‘interesting’ or indeed ‘sensual’ as it thinks it is – or, indeed, as audiences in thrall to ‘authenticity’ have been trained to believe it is. Have a ‘colourful’ continuo group, turn as much as you can into dance music, accompany that with a good deal of silly dancing on stage, hint at largely spurious parallels to other traditions, be they folk, jazz, anything other than the dread ‘symphonic’, and you are ‘counter-culturally’ away.

It is a business, of course, and it has succeeded greatly in those terms, not least by its ruthless suppression of the ‘competition’. And unlike those frankly unlistenable-to Northern European puritan forerunners – the Leonhardts, Goebels, Hogwoods, et al. – it is in many respects welcoming. Perhaps it is too much so, or at least too complacent in its remarkably non-reflective conception of history. (Nikolaus Harnoncourt was an exception in that latter respect; his greatest problem was a peculiar inability to phrase.) There is more, though, to ‘Mediterranean’ culture, and indeed there is more to Cavalli, than that. Moreover, violin intonation was sometimes little short of excruciating, although no one else seemed to mind. 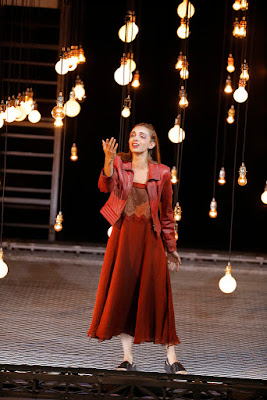 Whatever one’s thoughts on the orchestra and conducting (how ‘inauthentic’!) though, the singing was excellent. A young cast, with acting abilities largely to match, held the drama, such as it is, in its hands and projected it with the vocal excellence that has long been the trump card of so much of the ‘early music’ movement. If I were compelled to single out one soloist, I should unhesitatingly opt for the bright, clear, and yes, sensual countertenor of Jakub Józef Orliński; it was a great pity he did not have more to sing. But this was a true company achievement. Orliński’s countertenor companions, Carlo Vistoli and Tai Oney also greatly impressed, each voice and character ‘naturally’ differentiated from the others. So too did Susanna Hurrell’s Aldimira and Stuart Jackson’s properly outrageous nurse-in-drag, Alcesto. There is a good deal of ensemble writing here, yet I cannot recall a single case of problematical balance.

Jean Bellorini’s staging falls into the aforementioned stylish-‘modern’ category. No particular point of view or framing seems apparent. Clothes are ‘modern’ and a good deal of attention is productively paid to movement and interaction. Again, though, I could not help but think that something a little more than having light bulbs  disintegrate at critical moments might have been done with the opera. For it is, frankly, difficult to care too much about the characters and their fate; this is neither Monteverdi nor top-drawer Cavalli. There is probably too much silliness; Leppard, anything but humourless, nevertheless remarked upon an all too easy tendency towards disguise and cross-dressing for the sake of it in a good number of Cavalli works. Indeed, Leppard was actually highly selective concerning those he selected for editing and performance. We, however live, for better or worse, in an age of completism. Not that that problem arose here; this is an opera eminently worth performing. Perhaps, though, at some stage, it might be done in a realisation and staging a little more interested in stretching our eyes, ears, and minds.