Philharmonia/Gatti - Mendelssohn and Brahms, 24 May 2018

When I first heard Daniele Gatti conduct the Philharmonia, it proved, I think, to be the best Mahler Fifth I have been privileged to hear. I do not think I have heard them together since, although I have often heard them separately. It is clearly, however, a partnership that has continued to flourish; for six years on, almost to the day, Mendelssohn and Brahms received outstanding treatment too – in the in the latter case, a worthy successor to the performance I heard Gatti give with the Berlin Philharmonic last year. 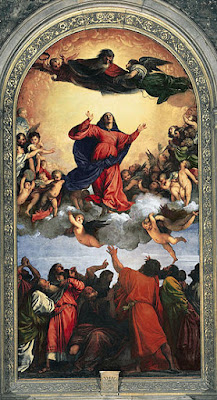 It was, perhaps unsurprisingly, the Philharmonia’s woodwind that immediately caught my ear in Mendelssohn’s Italian Symphony: as bright and fresh as a Titian expertly restored. ‘We were just starting for our second visit to Titian’s Assumption,’ wrote Fanny Hensel in a letter of 1830, ‘when we received Felix’s letter, advising us to see it often.’ It felt a little like having received that letter and indeed agreeing with what Hensel went on to say: ‘How pleasant it will be to have long talks about Venice with Felix!’ The strings, moreover, spoke with a depth of which Klemperer would have approved and yet with a translucency that was more of our time, almost Abbado-like. Gatti’s approach was, moreover, more flexible than Klemperer’s – at times, anyway. As the exposition and indeed the whole of the first movement progressed, what became more and more clear, though, was the crucial role played by motivic development of a depth and complexity one perhaps more readily associates with Brahms. (Klemperer would surely have admired that!) Indeed, in the development, the counterpoint quite rightly spoke of both Bach and Beethoven. The recapitulation arrived as if the crest of a rolling wave.

The second movement moved along swiftly without loss to the sense of a processional: somewhere between the melancholy Mendelssohn observed in Haydn’s Farewell Symphony and Berlioz’s Harold in Italy. There was naturally more than a little of the parallel movement in Beethoven’s Seventh Symphony too. The balance between strings and woodwind is critical here; I am not sure I have heard it better judged or played. The opening of the minuet is tricky, yet did not sound here, its anacrusis leading us not only inexorably but lovingly. It was, rightly I think, more homage to than stylisation of Mozart; indeed, it seemed possessed of an ineffable vocal quality that yet could only ever have been rendered by instruments. (A voice can hardly ‘suggest’ a voice, at least in Classical-Romantic music; a violin can. The same is true, of course, vice versa.) Indeed the clarinet trills might have come from a sequel to Così fan tutte. My only reservation was a certain lack of contrast in the trio. There was certainly, however, contrast in the finale: a swirling dance of death, which yet heightened our awareness of a motivic method that often comes more to the foreground in Mendelssohn’s more ‘German’ woodland music. Style and idea are certainly not to be associated in Mendelssohn, but this came as a salutary reminder that the Italy we hear – even see – in this symphony remains a German, if Goethian Italy. This had the cumulative tension of the finest Beethoven and Brahms.

I am not sure how Gatti managed to convince from the very first line of the Brahms Symphony that it contained the seeds of everything to come, but somehow he did. I could not help but think of Giulini’s description of Furtwängler in Brahms, evoking the flow of a great river. (He referred to the Third Symphony, but surely it is just as true of the Second.) If ever a composer, perhaps other than Beethoven, were amenable to meaningful analysis of both a broadly Schenkerian and Schoenbergian bent, then surely it was Brahms. This, it seemed, was what we heard here, except in performance, and not just listening backwards: the potential was both harmonic and motivic, or rather, quite rightly, showing us the meaninglessness of any such distinction. (So yes, as usual: Schoenberg ultimately won.) Orchestral colour exuded a warmth that seemed to lie between the vernal and autumnal, without being of summer. In context, the first movement’s contrapuntal development seemed referred back to that in Mendelssohn’s first movement; yet we were equally aware that Brahms stood very much on the cusp of Schoenberg. His hand, retrospectively, could be heard perhaps still more subtly in the transformational genius of the recapitulation, where Brahms’s method sounded closer in spirit than mediocre ideologues such as Hanslick – is it really not beyond time to stop trying to rehabilitate him? – could ever have understood to Wagner and Liszt. A history of developing variation including both ‘sides’ has yet to be written – save, occasionally, in performance, and only then in performances of such quality as this.

The musical complexity even of the opening, almost Elgarian opening theme to the second movement was never undersold, yet it and its implications were presented directly, with none of the arbitrary fuss some conductors who, for the moment, shall remain nameless would bring to the music. We were led into a labyrinth by music and its performance, not imprisoned by a cage externally imposed upon them. Tonal Webern resounded – if only we had more occasion to hear Webern performed like this (or indeed at all!) This sounded very much like the second section of that Giulini-Furtwängler river: it had turned a corner, yet remained unquestionably the same work. Likewise for the third movement, its dances developmental and contrasted – and concentrated, Webernian again. Not that it was without shadows, indeed apparently tragic premonitions of the Fourth Symphony. We heard, it seemed, several intermezzi in one, sometimes simulatenously. The path, or rather flow, remained integrative, though: dialectical in the best sense.

Finale problem, what finale problem? Here Gatti and the Philharmonia – and, above all, Brahms – offered a masterclass in the unity of the vertical and horizontal, both motivically and in the longer term. Not that ‘analysis’, if that be the right word, whether for performers or listeners, was somehow ‘cold’ or ‘removed’. Why should it be? It was as dramatically charged in its teleology as any Beethoven. And was I imagining that I heard something of a Liszt-Schoenberg four-movements-in-one approach too (something that also has its roots in Beethoven, of course)? A hushed scherzo-ish passage proved suggestive, at any rate, of Beethoven’s Fifth. This is not a stand-alone movement, nor did it come across as such, but that complexity of dynamic form – that is, structure developed in actual time – reminded us vividly of a dialectical necessity for integration that will always require both further negation and integration. I have not re-read my review of the Berlin concert to which I provided a link; even if I had, it would not be possible for me to experience the performance itself once again. That, however, was unquestionably an attribute common to both performances. Trombones alone – not that they were alone! – would have told us much in that sense. What Boulez once observed of Schoenberg’s music, specifically in Moses und Aron – that one could sample its workings by taking a sample, like a cheesemaker tasting a slice from his cheese – was equally true here. The great thing about such a performance, both analytical and dramatic – the two depend upon each other, whatever anyone might tell you to the contrary – is that, whilst there will be more than one can ever take in, there is no need merely to take a sample.

(This concert was broadcast live on BBC Radio 3, and will thus be available via the Radio 3 website for thirty days thereafter.)