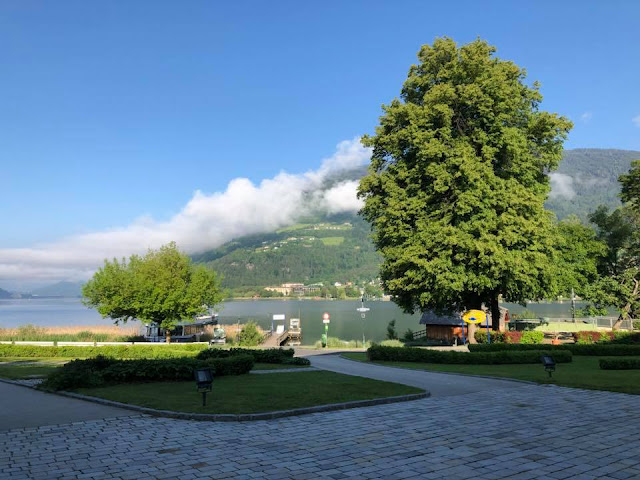 We think that we know a broader range of music than ever before, or at least that we can. Everything is there, often at the mere click of a mouse. Perhaps we do. Or perhaps not. So many nineteenth-century households knew Haydn’s, Mozart’s, Beethoven’s symphonies, and many more works, through playing them in piano duet versions. Other domestic chamber arrangements existed too, even at the time of first performance. Johann Peter Salomon’s chamber versions, often highly flexible regarding instrumentation, are a case in point. And Salomon knew the London Symphonies; he had, after all, commissioned them, and brought Haydn to London for that purpose. Indeed, those symphonies have sometimes also been called Haydn’s Salomon Symphonies. The twelfth and final of that set, and the last one of all, remains, of course, his singular London Symphony; it was that which we heard this evening, in Salomon’s arrangement, here for flute, piano, string quartet, and double bass.

Such arrangements tend to be more rewarding for players than for listeners, but it remains fascinating to hear them from time to time, not only as documents of taste, but also, often, for what they permit us to hear in the musical argument itself – if only because we are compelled, or at least invited, to listen differently. The first movement’s introduction proved broad, yet broad as chamber rather than symphonic music: just right, in many ways. The Allegro I perhaps found less convincing as a whole, although it grew on me. It seemed that Salomon allocated a little too much to the piano: fun for the pianist, no doubt, but did it quite work for the listener? Nevertheless, the players understood and communicated its formal dynamism, offering a fine sense of arrival at the close of the development. The Andante walked quickly, which made sense in a chamber version, and was far from inflexible. There was an almost – I stress ‘almost’ – Beethovenian vehemence in the central section, without abandoning its Baroque roots. The minuet again worked well, taken almost as a scherzo. However, I found the finale, especially its drone bass – perhaps surprisingly, given the presence of a double bass – lent itself less well to these particular forces. There were a few intonational slips too.

Berg’s Lyric Suite is, of course, ‘the real thing’, and what a thing it proved here, in work and in performance. We began in the thick of it: in medias res, if you prefer. Unfailingly alert and generative, the first movement set the scene for the explicit – in more than one sense – drama to come. Its successor seemed to partake in the erotic worlds of both Wozzeck and Lulu, whilst remaining quite rightly itself. What especially struck me was the fine command of what Wagner termed the melos of the work: its line or thread. Whispering, scurrying confidences, almost on the cusp of Ligeti, characterised the third movement, whose closeness also to Tristan und Isolde was never in doubt. The rich, mahogany sound of the quartet, married to the delirium of Berg’s argument, intensified that sense of Tristan in the Adagio appassionato. ‘Du bist mein Eigen’ is the celebrated Zemlinsky quotation. Quite. Afterglow lingered, yet not too long for us to regret its passing, greater tension then reignited, leading us necessarily into the motive-led vehemence of the fifth movement: at least as intense, differently so. The final movement sounded just as marked: Largo desolato. Eroticism, Tristan in particular, remained. And then, it subsided, but into what?

Brahms’s F minor Piano Quintet followed. There was much to admire here, much to get our teeth into, and again there was much to be gleaned from the programming, hearing it after both Haydn and Berg. In the first movement, there seemed to me more than a little of Schumann’s Florestan and Eusebius too. Was there a little too much? Did the argument threaten to break down? I was genuinely unsure, and unquestionably benefited from being compelled to listen: to find out, as it were. Brahms is difficult, and should never sound otherwise. That difficulty, to the point of collapse, however manifested itself more clearly, problematically in the rhythmic contradictions of the second movement. The scherzo, no more a joke than in Chopin, proved more successful, at least to my ears – and mind’s ears. Its fury rightly hung over the trio too. The finale offered, again, something of both worlds. Its introduction seemed to pick up where late Beethoven had left off, the Allegro non troppo offering a degree of relief, yet with a keen sense that there remained a long way to go. I enjoyed the danger, the sense of losing oneself, but did it quite add up? Should it have done? Ultimately, did Brahms not need something a little more integrative? I was made to ask such questions, though: no bad thing at all.