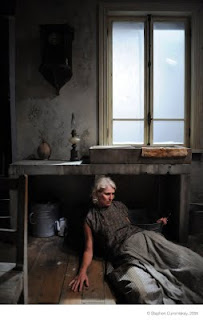 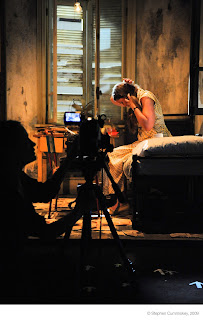 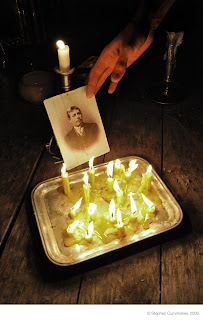 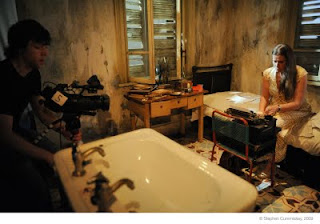 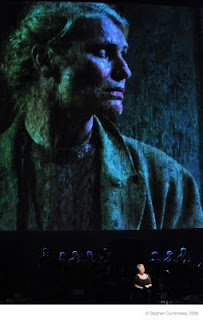 ‘Together with Alban Berg’s Wozzeck and Bernd Alois Zimmermann’s Die Soldaten, it is one of the great works of modern musical theatre’. Salzburg Festival artistic director, Jürgen Flimm, was clearly keen to stage Luigi Nono’s Al gran sole carico d’amore during what has turned out to be a brief tenure. Perhaps it should therefore surprise that Flimm did not opt to direct the work himself, leaving that task to Katie Mitchell and a number of her usual collaborators. In staging a work, an azione scenica, which is not an opera as would be conventionally understood – all the worse for convention? – Mitchell, currently feted in the German-speaking as well as the English theatrical world, would nevertheless have seemed an obvious choice. Her recent After Dido for English National Opera, avowedly not a production of Dido and Aeneas, received widely divergent notices; I admired it in a number of respects. Many of the preoccupations and devices seen on stage at the Young Vic, and indeed in other of her ‘metatheatrical’ works, made their way to Salzburg’s Felsenreitschule. There was much to admire again, but I began to wonder whether the law of diminishing returns might soon come into operation.

Nor did I think the material, or at least its staging, was quite so well integrated into the familiar filming and screening of scenes, replete with stagehands, cameramen, and so forth. In After Dido there had seemed to be a stronger and also more fluid relationship between different roles. Here, the distinctions were not watertight but, by and large, the production company produced, actresses acted, and singers sang. Christopher Purves and Andrè Schuen acted too, rather well. I was actually a little surprised that the male presence registered so strongly as it did, though this was no bad thing. Al gran sole concerns itself primarily with female experience, but only to uncover repressed aspects of the broader struggle. To a certain extent these distinctions reflect Nono’s work itself but one of the most powerful aspects of After Dido had been the transformation of an existing work into something new, incorporating Purcell’s opera. In some senses, transformation of Nono’s scenes from the revolutionary struggle into a more ‘conventional’ narrative might have been the greater challenge, though doubtless many might then have questioned the wisdom of such an approach. In any case, we saw four women, long-unsung participants in struggles from the Paris Commune, the 1905 revolution, 1950s Turin, and the Cuban revolution. I use the word ‘unsung’ deliberately, since, as ever for Nono, the voice provides revolutionary agency of its own. The bloodiness of repression and resilience both made their point without exaggeration; agitprop tendencies need not be suppressed, but they are perhaps less to the forefront than in Nono’s previous ‘opera’, Intolleranza 1960. All four actresses were impressive in their silent roles, as was the intricate and doubtless exhausting camera work of Sebastian Pircher.

Nevertheless, it is with the voice or with voices, rather than any matter of production, that the success of any performance of Al gran sole will ultimately lie. Taped sound is what we hear first. Whether that alienates the listener or transcends its ‘artificial’ origin and thereby rehumanises the material is a moot point; perhaps it does both. Such would seem an appropriately dialectical understanding, and indeed certainly on this occasion it drew one in to the orchestral and vocal sounds one was about to hear. Words come from a vast array of sources, popular and learned. Yet almost more important than the particular sources – Bertolt Brecht, Tania Bunke, Fidel Castro, Ernesto Che Guevara, Georgy Dimitrov, Maxim Gorky, Antonio Gramsci, Vladimir Lenin, Karl Marx, Louise Michel, Cesare Pavese, Arthur Rimbaud, Celia Sanchez, Haydée Santamaria – is the array of struggle. The voice transcends and/or intensifies the written word, just as the class struggle must, to retain hope in the wake of particular failure, be greater than any particular case. Yet, at the same time, we must remain alert to the agonies of the particular too. In this, and indeed in all respects, the musical performance was spectacularly successful.

I am tempted to call the Concert Association of the Vienna State Opera Chorus first amongst equals. This can hardly be familiar repertoire to members of the chorus, yet, magnificently trained by James Wood, that beauty of sound inherited from Nono’s love for Renaissance polyphony via Webern, was permitted fully to register. Nono certainly considered the chorus to be the work’s principal protagonist and so it seemed here. Not that the other musicians were in any sense poor relations. Susan Bickley, Dido in Mitchell’s work for the ENO, was if anything even finer on this occasion. But all of the soloists shone, at the same time remaining part of and strengthening the ensemble. This is certainly not an individualistic work; nor was there any possibility of it seeming so.

If the chorus can hardly be accounted contemporary music specialists, nor can the Vienna Philharmonic. Yet on the occasions – I exaggerate, if only slightly – when it has been coaxed into such repertoire, for instance under Claudio Abbado in his Wien Modern series, it has done a great deal to silence actual or potential nay-sayers. It could be surprisingly brutal when necessary, yet without loss to its characteristic sound. So it was again under Ingo Metzmacher, whose command of this challenging score could hardly be bettered. When Nono can be performed like this, aided of course by the vast accumulated knowledge of André Richard, then the music will surely gain many converts. As Pierre Boulez pointed out during his Domaine Musical years, one of the greatest impediments to understanding and acceptance can be well-meaning yet technically lacking performances. Challenges here were triumphantly surmounted, although triumph can never be dramatically unalloyed in this work. If the first act seemed a little more diffuse than the first, I suspect that is partly to be accounted for by my ears becoming accustomed to the challenges set, and also partly by the nature of the material itself. And to have the sweetness of the VPO’s tone illuminated the score’s sometimes ravishing beauty. Perhaps Salzburg’s greatest son does not stand so distant from Nono after all.
Posted by Mark Berry at 2:28 pm