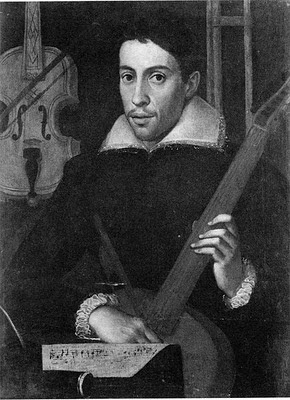 
Les Arts Florissants, under the directorship of Paul Agnew, are performing a complete cycle of Monteverdi madrigals across Europe between 2011 and 2014. This concert took in the first book but, given its relative brevity, offered a first half setting that collection, published in 1587, in historical context. And so, we heard the first piece from Monteverdi’s first publication, ‘Lapidabant Stephanum’ from the 1582 Sacrae cantiunculae tribus vocibus, followed by a brief spoken introduction from Agnew and other madrigals from 1583-7.

I think it might have taken me quite some time to guess the composer of that opening motet, beautifully written though it may be. The performance was not auspicious either: a little too delicate in sound, albeit with an unpleasant nasal quality intruding from time to time. The madrigals, however, were much more impressive in performance. A couple of settings by Orazio Vecchi opened, the first the first composition we know of Giovanni Battista Guarini’s ‘Ardo, sì, ma non t’amo’, which, according to Agnew, received no fewer than sixty-two settings. (Presumably then, there will be settings we have lost too.) It benefited from a fuller sound, unsurprisingly more dramatic too, with hints of the street, at times almost spat out, though the tenderness of the penultimate line (‘Perch’ho già sano il core’) was equally striking. ‘Ardi o gela a tua voglia’, also from Vecchi’s 1573 First Book of Madrigals, came in this context as an answer from womankind, excoriation of an unfaithful, merciless girl followed by the same concerning an unfaithful, shameless man. The final cadence was especially well handled, properly climactic.

Others will always steal the sweet honey the bee thinks it is making for itself. ‘Raggi dov’è il mio bene’ permitted the women to respond in flighty fashion, though subtly so. If the vocal quality sounded more girlish than womanly, then that may well have been the intention.

Monteverdi’s teacher, Marc’Antonio Ingegneri, was featured with a couple of madrigals from his 1587 Fifth Book, the first another setting of ‘Ardo, sì, ma non t’amo’, both performances clearly relishing the composer’s strikingly beautiful harmonies (perhaps more striking than his word-setting). Two madrigals from Luca Marenzio’s Book Four displayed courtliness (‘A che tormi il ben mio’) and a ‘busy-ness’ that truly seemed to presage Monteverdi (‘Questa ordì il laccio’). Finally in the first half, we had a sneak preview, as it were, of the final three madrigals from Monteverdi’s collection, beginning with his setting of ‘Ardo, sì, ma non t’amo’: animated, undeniably human as well as humanist. The post-Vecchi dramatist was already to the fore in the other two settings, both of Tasso.

Even the opening madrigal of Monteverdi’s First Book, ‘Ch’ami la vita mia nel tuo bel nome’, seemed in itself a touching journey from life to death, the latter of course encompassing a multitude of sins – and pleasures. I was reminded of Raymond Leppard’s wonderful description of Dido and Aeneas as ‘Tristan und Isolde in a pint pot’. This was a smaller receptacle still, yet in its way as exquisite. Monteverdi’s later dramatic madrigals, though on a much larger scale than this, have a great deal more to say than most operas that succeed them. The struggle between love and ‘death’ also featured strongly in madrigals such as ‘A che tormi il ben mio’. ‘Baci soavi e cari’ received a delicate reading, whose clarity was such that one could readily have taken dictation of each line. Phyllis, the bane of madrigal singers and listeners worldwide, put in a couple of appearances, though the Highbury police sirens that followed quickly upon ‘Filli cara ed amata’ suggested she might be a little more interesting than previously suspected. The poignancy of ‘Poiché del mio dolore’ was touching indeed, likewise that of the heart-rending ‘Se nel partir da voi’, whose chromaticism almost tends to the Purcellian. I was also much taken with the freedom with which ‘Questa ordì il laccio’ was despatched. When the final three madrigals came around again, they sounded both familiar and changed. It was a pity that the very last, ‘Arsi ed alsi a mia voglia’ sounded somewhat hectic, impetuous even, almost throwaway. But on the whole, there had been a great deal to enjoy – and to learn. In that context, it is also worth welcoming such an intelligently written, informative booklet note from Andrew Stewart, his words taking in judiciously-selected historical and intellectual context as well as the work of Susan McClary. (One London hall recently hit rock bottom with a programme that said not a single word about the music of Mozart’s Haffner Symphony but nevertheless found the space to thank the Savoy Hotel for Claudio Abbado’s biography, artist representation clearly having moved on from the traditional agency model.)
Posted by Mark Berry at 11:19 am