Just two or three minutes from the sterile new ‘piazza’ in front of the renovated King’s Cross Station, the delightful café/bar, Drink, Shop & Do offered an equally delightful resuscitation of Bizet’s one-act Le Docteur Miracle. It may not be especially characteristic – the eighteen-year old Bizet was skilful, but no Mozart or Mendelssohn – but it certainly fulfils the terms of Offenbach’s 1856 competition for his own Théâtre des Bouffes-Parisiens. In the end, the judges were unable to decide between Bizet’s offering and that of Charles Lecocq, awarding a shared first prize to both. They then alternated in performance – eleven in total – after which Le Docteur Miracle seems to have gone unperformed until 1951. 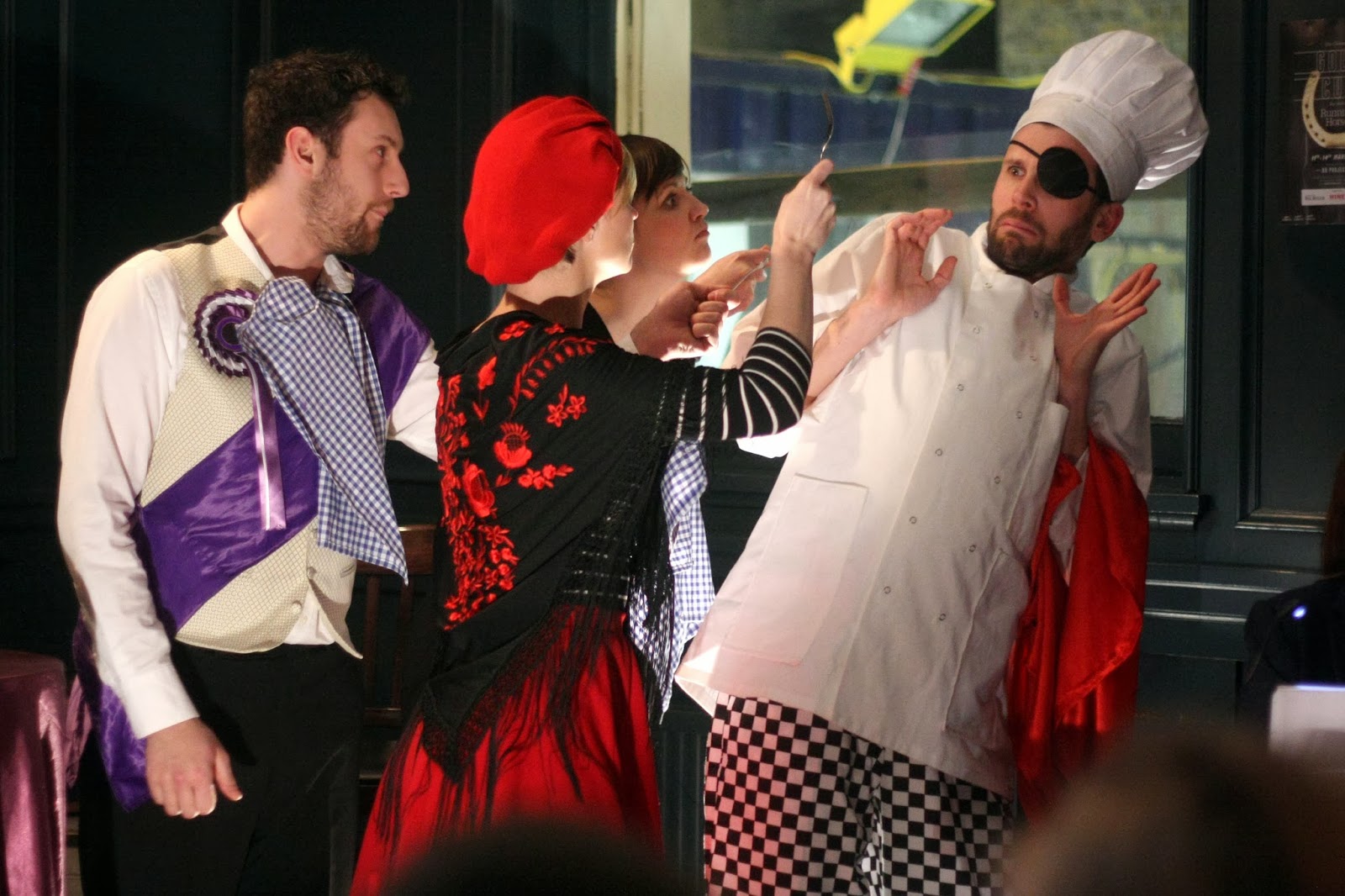 Given its brevity, Pop-up Opera hit upon the inspired idea of framing it with music from The Pearl Fishers and Carmen, the latter’s excerpts providing a lovely ‘trio of desserts’ in which audience participation was encouraged, but which also offered opportunity for the soloists to present rather different operatic credentials. All of them sang well throughout. That Achilles heel of so many performances, poor French pronunciation and style, was not an issue here. Moreover, one could hear and understand every word of the French text, enabling the silent film-style projections to offer a witty gloss upon proceedings rather than merely translate. Robert Lomax’s finely-sung Silvio was ardent within limits, true to his character rather than trying to turn it into something that it was not. Aurélia Jonvaux’s Laurette was perhaps the most stylishly sung performance of all, married to lively, quicksilver acting ability. Sarah Champion perhaps came into her own more in the Carmen dessert, but that it is at least partly to be attributed to the nature of her role; she certainly displayed a gift for stage conspiring. Benjamin Seiffert’s Mayor offered beautiful darkness of tone a pleasingly, though not exaggeratedly, smouldering presence, and last, but not least, an impressive turn as flautist. There seems every reason to expect that all of them will go far, likewise the indefatigable Elizabeth Challenger, granted the vital, often thankless task of playing the piano reduction. 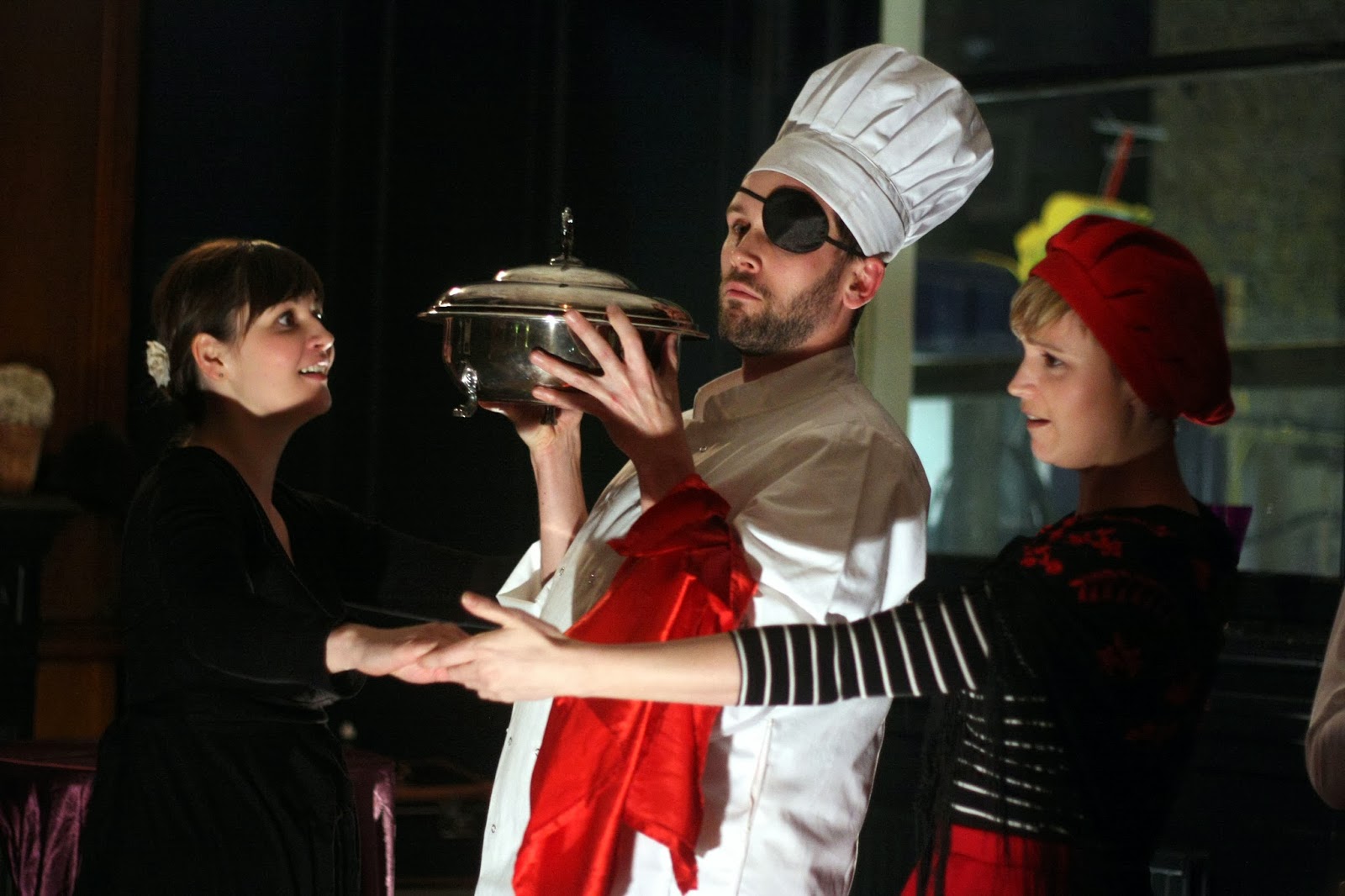 Clementine Lovell’s production – she will also sing Laurette in alternate performances – updates the action so as to take advantage of mobile telephones: sexting and the like. A tiny space was well utilised, and doubtless will be in other venues. With so small an audience and the performance taking place at such close quarters, there is ample scope for interaction. This was undoubtedly my first opera in which I was both personally serenaded as ‘Capitaine’ and given a quick shoulder massage, for which many thanks should go to Jonvaux and Lomax respectively. The helpful programme offers a far better synopsis than those of many major houses. A delightful evening, then, highly recommended.


For details concerning subsequent performances, in other London locations and beyond, please click here.
Posted by Mark Berry at 2:38 pm