Luca Francesconi has been commissioned to write a new opera for Covent Garden, due for performance, alongside three others, in 2020: a development which marks a long-overdue departure from the parochial practice of only or mostly commissioning British composers. Six years is a long time for us to wait, but this performance of Quartett, premiered at La Scala in 2011, whetted the appetite.


Moreover, Francesconi, in a Guardian interview with Tom Service, certainly whetted the appetite for Quartett itself: ‘Don’t dare to come if you can’t accept that you need to analyse what you do and who you are.’ Sadly, as we shall see, certain members of the audience predictably failed to take note. ‘This piece is violent, it’s sex, it’s blasphemy, it’s the absence of mercy. The only two characters in the opera are the definition of cynical, they have made a pact that they don’t have to love any more. Love and sentiment are banned, the only thing that’s left and that matters is a kind of chess game with people’s souls and bodies.’ In this opera, the composer’s own libretto based upon Heiner Müller’s play, itself freely inspired – as you will probably now have guessed – by Les Liaisons dangereuses, you may ‘face the reality of how dried up your heart is, how little space there is in your feelings for anything that doesn’t come from being self-defensive, from being totally scared by the world.’ As usual, some of our esteemed newspaper critics failed to take note. The ‘real last message of the piece [is] that we can no longer hide our problems – and that we shouldn’t.’


Bold words indeed. Does the opera live up to them? For the most part, yes, both as work and as performance. Francesconi is more readily associated with Berio than with Nono, and rightly so; but here, one feels a certain degree of technical and spiritual kinship with the latter too. If there is little or none of the extremity of Nono’s writing, and the use of electronics proves nothing in particular, there is perhaps something of Nono’s insistently humanistic drawing in, of that embodiment within the work of the imperative ‘to listen’, even, on occasion, of those searingly beautiful post-Webern angular melodies. Without wishing to reduce a distinguished composer to a sum of ‘influences’, but simply to try to place him, it is nevertheless Berio’s love of games and the juxtapositions that come with them, which seem more apparent. That is hardly surprising, given that we are, as Francesconi observes in a programme interview, ‘living a whirling, virtuosic game of masks, impossible to understand, which push the boundary between reality and acting. This is Theatre for Müller as it was for Shakespeare: the possibility of staging one vision of the world and its opposite.’ Undeniably Teutonic dialectics present themselves, then, but with a somewhat different voice, more ‘Italianate’ in both a traditional and modern sense, than, say, Hans Werner Henze, always so eager to adopt the spirit of the Mediterranean, would ever be permitted by his German inheritance fully to assume. 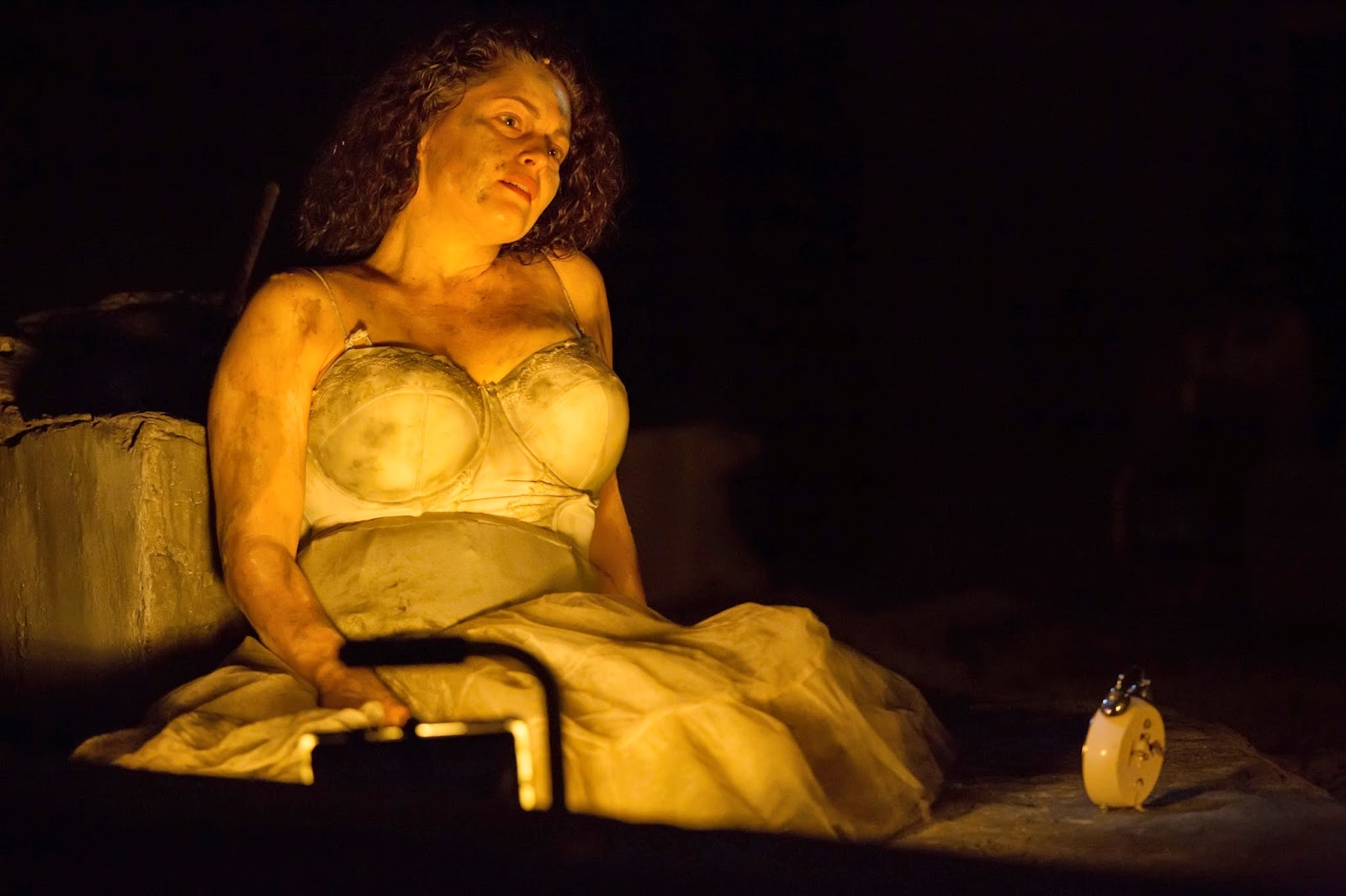 Form is both readily apparent and slightly beyond our grasp: just as it should be, one might say. One senses the different musico-dramatic imperatives of the different scenes, or at least sections, of this one-act work, just as one does the palimpsest of voices: ‘real’, instrumental, electronic memories and presentiments. Sometimes the language comes (perilously or self-confidently?) close to tonality, but why should it not, the composer apparently perfectly clear that he has something or some things to say, and that he knows how to say them? There is development in the sense of ebb and flow, but also in the tragic – or should that be tragi-comic? – route taken to the death of the Vicomte de Valmont and the subsequent ‘waiting’ of the Marquise de Merteuil. Francesconi’s ear for blending live and electronic music, for the shifting boundaries between them, for the ways in which one might emerge from the other, is not only impeccable, but beguiling and, crucially in this context, seductive. For it is music, above all, that wins through, as it always will in successful opera, be it Così fan tutte, Parsifal, or Die Soldaten. ‘Cinema,’ as Francesconi points out in his programme interview, ‘is only a facsimile, it’s not happening here and now. … Music is the alchemy that triggers’ the ‘miracle’ of theatre, of what happens ‘in real time’. The interaction between what is ‘live’ and what is not perhaps further problematises, indeed dramatises, such tension, rendering it all the more productive.


John Fulljames does an excellent job in the difficult space of the Linbury. Presented more or less ‘in the round’, the opera is able to draw us in spatially as well as musically – though of course there is a strong spatial element to the electronics in any case. A post-apocalyptic element features strongly, but with a ‘play’ that is darkly redolent of Beckett, not of unmediated desperation. Human beings, however deprived and depraved, will continue to play, to create: such is a corner-stone of politics and æsthetics not only from Schiller onwards, but from as far back as we can trace, indeed from Creation itself. All elements of the staging are tightly integrated – not only with each other, but with work and performance. 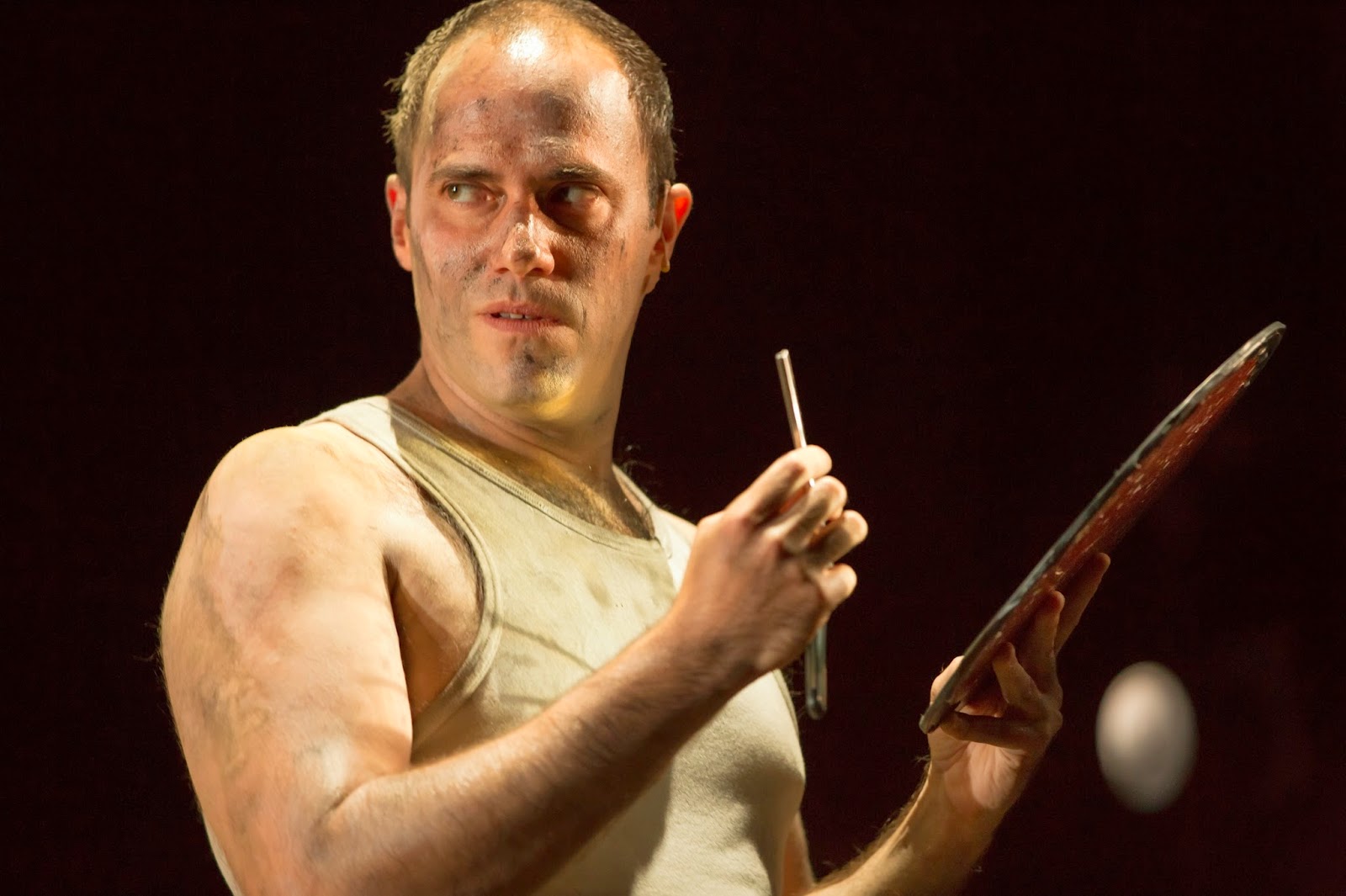 Andrew Gourlay led an incisive performance from the London Sinfonietta. Certainly those qualities of the score I mentioned above came across with penetrating clarity and seductive suggestion. Kirstin Chávez and Leigh Melrose sang on this, the first night; Angelica Voje and Mark Stone will appear in some of the subsequent performances. Chávez and Melrose offered outstanding performances, musical and dramatic commitment shown to be quite as one, frenzied abandon and cool reflection inciting one another in the increasingly self-sufficient imperative of the characters’ role-play. This was not Müller as such, but it was something he might have appreciated; as Francesconi, it would be very difficult indeed to match. Vocal and dramatic range stretched themselves as required, towards but never beyond breaking point.


After such a performance, I try to write something as quickly as possible, but various commitments made that impossible on this occasion, by which time I had already been made aware of typically uncomprehending newspaper ‘reviews’. One might have hoped that the writers would have learned something from their humiliation in the recent Rosenkavalier debacle, but no, the usual suspects have breezily paraded their ignorance of Francesconi, of Müller, of music and indeed of culture in general. What would it take, one wonders, for newspapers to decline a review, if the likes of this and this, are deemed fit for publication? At least we have that interesting interview with Tom Service. Perhaps, though, in the cases of the ‘critics’ from The Independent and The Daily Telegraph, sub-editors have, for once, done their jobs. Headlines – ‘A shameful waste of money…’ and ‘Generic wittering’ – may best be understood as useful comment upon the reviewers rather than the works. Let them stick with Donizetti; the rest of us will try to engage with opera as a living art-form. Who knows: we might even succeed? Francesconi seems to have done so.