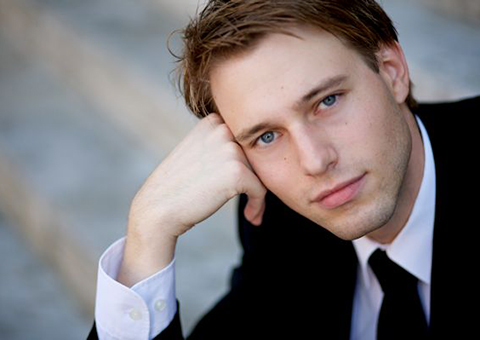 I had heard excellent things about Benjamin Appl, one of BBC Radio 3’s New Generation Artists. On the basis of this Radio 3 Lunchtime Concert at the Wigmore Hall, they would all seem to have been true. It certainly was not his fault, nor that of Graham Johnson, that I left an all-Eichendorff recital feeling that I had heard enough from the poet for a while. I am sure this is a matter of taste – maybe lack thereof – rather than of critical judgement, but it would seem that, for me, a little of his verse, especially when it wears its piety on its sleeve, goes a long way. His distinguished list of musical settings is, however, another matter. Here we heard three sets: Schumann and Mendelssohn; Brahms and Pfitzner; and Wolf.

Frühlingsfahrt made for a forthright opening. Appl’s dark, rich baritone would have had anyone sit up and listen. So equally would its subtle transformations, whether responding to verbal or musical prompting. The difference in shading and general manner of delivery between the music for the ‘zwei rüst’ge Gesellen’ was spot on: almost but not quite ‘characterisation’, for there was no easy lapse into the first person here. Quiet gravitas marked Der Einsiedler, both vocally and in Johnson’s careful hermit tread. Appl’s diminuendo on ‘dunkelt’ captured to perfection the sense of a darkening sea; yet, as with all his colouring, it remained integrated into something greater than the moment. Der frohe Wandersmann benefited from a commendably generative rhythmic impetus. Mendelssohn’s Pagenlied did likewise, albeit in its own, very different way, the poet’s mandolin here our guide. Nachtlied offered the first of a number of glorious vocal perorations, all the more so here for its subtlety, preparing the way for a final subsiding. Equally excellent command of line was to be heard in Wanderlied.

Early Brahms followed. And yet, the piano part already sounded darker, perhaps even more involved, with In der Fremde. (It is partly, of course, a matter of the register in which Brahms writes.) Mondnacht offered a stronger sense of inheritance from Schumann. I especially liked the sense of homecoming on the final ‘nach Haus’. In Parole, we heard another of those splendid Appl perorations, a swift contrast being presented by the ghostly Anklänge. It was, much to my surprise, Pfitzner’s In Danzig (1907) that proved the highlight of the recital. I was quite unprepared for the almost Schoenbergian sense of harmonic adventure and mystery, a highly intelligent choice, as if the Brahms song had partly, but only partly, prepared the way. Structurally, it sounded, moreover, almost as if a mini-scena. If the following two Pfitzner songs were more conventional, then there was winning grace to be heard in Der Gärtner and another splendid yet integrated peroration to enjoy in Zum Abschied meiner Tochter.

Finally, Wolf. Johnson’s evocation of a lutenist’s strumming in Nachruf eased us into those magical Lisztian harmonies – and prepared the way for the undimmed beauty of Appl’s voice. Another ‘instrumentalist’ introduction in Das Ständchen made for a nice link between the two songs. Der Musikant sounded, in context, as something lighter, more straightforward. The tricky vocal chromaticism of Der Scholar held no fears for Appl, who negotiated notes and words equally well. Der Freund proved an intriguing climax, almost implying a contrasting encore: the ever-special and, here, particularly-magical Verschwiegene Liebe.