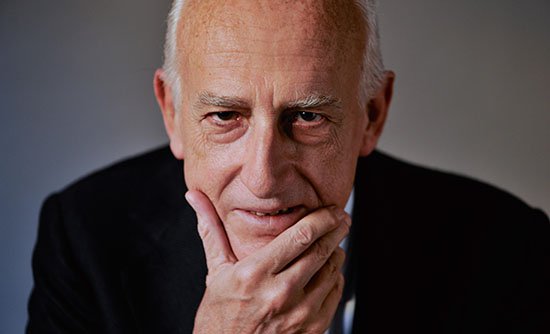 
It was to hear Maurizio Pollini play Chopin that I paid my first visit to the Royal Festival Hall. Then, I was one of the students on stage, benefiting from the £5 tickets available to do so. It seemed fitting, therefore, that my last visit for some time at least should be for the same. (This time next week, I should be in the air to Berlin, where I shall be based for the rest of 2017, taking a much needed break from an increasingly vicious, racist country.) On the present occasion, I treated myself – well, used up my remaining credit vouchers – to a ticket in the Stalls.

Swings and roundabouts, perhaps, in that respect; I could see less well, yet perhaps hear better. More importantly, Pollini’s artistry, whilst now in some ways very different in its nature, or rather in its surface nature, remains undimmed. It is as intelligent, as probing, as radical as ever: if anything, still more so. The nonsense one used to hear about Pollini – ‘technically perfect, but where is the emotion?’ as if the two were somehow diametrically opposed – has now been replaced by a bizarre insistence, mostly from the very same people, that the occasional technical slip invalidates everything else he does. Clearly they have other reasons – often political: you will often find a reference to his socialism – for what they say. People are perfectly at liberty to like or to dislike Pollini’s playing; let them be honest, however, about why.

The pair of Nocturnes, op.27, with which Pollini opened the recital – I once heard one of his detractors claim, bizarrely, ‘no one wants to hear two Nocturnes in a row’ – emerged more strongly as a pair than I can previously recall. That is not to say that their differences were ignored, far from it, but that an almost Lisztian transformative impulse, mixed – looking ahead – with a quasi-‘impressionist’ sense of watery depths, somehow both clear and impenetrable, bound and freed what might never have been ‘intended’ to be bound in the first place. For everything one hears about Chopin’s inspiration in Bellini, what struck me here, not for the first time, was that what is of far greater interest in Chopin is how he differs, how he transforms a stiff melodic model and renders it endlessly flexible, of endless harmonic fascination. Pollini’s emphasis upon a particular note, especially in the C-sharp minor Nocturne, had not only the piece, but seemingly the entire harmonic universe, spinning upon its axis. Generalisations about structure seemed quite beside the point; form – a more dynamic conception, perhaps, than structure – was recreated before our ears, Chopin’s lines playing out with simultaneous spontaneity and inevitability.

The two Ballades followed another interesting tonal progression: no accident that, I am sure. Where we had gone from tonic minor to major, now we went from major to relative minor. The recreative – formal, one might say, in the sense outlined above – was powerful throughout, seemingly taking in, just as in one of the pianist’s traversals of the twenty-four Preludes, that entire tonal universe, yet never bureaucratically, always, to use a properly Romantic word, ‘poetically’. The motivic working seemed as tightly knit, endlessly generative, as that of, say, Schoenberg. It is quite different, of course, but that does not make it any sense inferior. A lovely, almost Venetian account of the Berceuse, which yet more than hinted at turbulence beneath as well as upon the surface, led to a B minor Scherzo that seemed to strive, and indeed to achieve, veritably Lisztian heights and depths. This, as ever with Chopin, was a Scherzo that did not jest, and yet a kinship of spirit, as opposed to method, with Beethoven more than once suggested itself.

I had only heard Pollini play the first book of Debussy Préludes in concert before (whether complete or in a selection). His way with the second was quite different from my memories, indeed quite different from anything I might have expected. Although the twelve pieces seemed quite ‘naturally’ – what artifice, even feux thereof, there will always be in that – to form a whole, there was no evident attempt to make them do so, no particular æsthetic, whether ‘modernist’, ‘impressionist’, or anything else. Connections again suggested themselves; perhaps I was just in that sort of mood. We started with a post-Lisztian Debussy, the Liszt of old age, not only Nuages gris but harsher, darker, more Mephistophelian tendencies leading us through Brouillards, with very open-ended non-conclusion, into Feuilles mortes. (Come to think of that, is that not a rather Lisztian title and idea?) Rhythms proved suggestive – not only pictorially, indeed not even especially pictorially, but of musical process, musical possibility. We can all hear the habenera without having it underlined; Debussy is not Bizet, nor indeed Ravel. (I do wish, though, that Pollini had played some of the latter’s music. Imagine a Gaspard or a Miroirs!) Likewise the cakewalk. ‘God save the King’ was less deconstructed, as one might have expected, than permitted to decompose – and re-compose. And there was – I am afraid I cannot for the life of me remember where – a strong suggestion of Mahlerian, even Schoenbergian waltzing somewhere else, such as I cannot recall ever having heard before.  Se vuol ballare, Signor Pollini? Les tierces alternées proved as true a study in its nominated interval as I can recall, Webern but a stone’s throw away, if that. And it was to Liszt, to nineteenth-century pyrotechnics, that we returned in those closing Feux d’artifice.

As ever with Pollini, there was at least as much to enjoy, and to think about, in the encores. Typically generous, he gave us La cathédrale engloutie, hieratic yet subtle, and two more Chopin pieces, the C-sharp minor Scherzo and the G minor Ballade, both burrowing deep beneath the surface, harmonic rhythm very much their guiding principle. Se vuol ballare…? I could have danced all night.