My final – although not quite the final – concert of this year’s Musikfest Berlin fell on the hundred birthday of Isang Yun. Having heard some of his chamber music that afternoon, it was an interesting prospect to hear a work for full, indeed large, orchestra, with organ. (Alas, I was unable to find the name of the organist anywhere in the programme.) Dimensionen, or Dimensions, was commissioned by the city of Nuremberg, as part of the 1971 celebrations for the five-hundredth anniversary of Albrecht Durer. I wish I had been able to respond more than I had, but found myself a little nonplussed; perhaps I needed to give it another hearing or two, or indeed to do a little homework rather than coming to it cold. The idea seemed to encompass three different planes of sound: the organ and high, often very high, strings; deep percussion and brass; and woodwind in between, less static than either. I was certainly struck by the passages in which woodwind really took on the ‘persona’ of highly tremulant organ stops. One section, in which loud organ was offset by vigorous percussion sounded oddly like avant-gardist Poulenc, but I doubt that was the intention! There was a good bit of (considerably earlier) Ligeti- or Xenakis-like violin swarming too. It all, however, seemed to me a great deal of trouble to have gone to for relatively little reward. And then, it stopped.


With Schoenberg, though, I found myself back very much on home territory, and should have no hesitation in saying that this was the finest performance of the Violin Concerto I have heard in the concert hall. Indeed, I am not sure that I have heard a better one on record, either. Opportunities are rare to hear the work; even I have only heard it ‘live’ twice before. The last time had been in 2009, in which Nikolaj Znaider had – sadly, if all too predictably – been let down by a clearly unprepared Valery Gergiev. There was no such question of that being the case here. Vladimir Jurowski and the Berlin Radio Symphony Orchestra (RSB) were just as much party to the success of this performance as the outstanding Christian Tetzlaff. The first movement very much set the tone for what was to come: precise, yet dancing idiomatically. Textures were almost incredibly clear, so much so as to have one wonder whatever the ‘problem’ might ever have been with this work. More than once, there seemed to be a strong orchestral affinity with the more or less contemporary world of Berg, albeit more Lulu than the Violin Concerto. (Schoenberg was anxious to make clear, in a 1936 letter to Webern, that he had conceived of the idea of his work at the same time as Berg had his.) Tetzlaff’s tone could hardly have been more centred; one might readily have taken dictation, however dazzling the virtuosity. The Andante grazioso brought a winning match of doggedness and sublimity to the long violin line, dance again never far away. Developing variation was here so much more than a mere description; it was something one could hardly fail to experience. The mood of defiance to the finale was brilliantly captured too. Perhaps there was just a little ‘formalism to Jurowski’s conducting, but to be able to hear so much of this wondrous score was more than ample compensation. Mahler seemed almost resurrected in its militarism, and yet to very different purposes. Tetzlaff’s despatch of the cadenza seemed almost calculated to echo Schoenberg’s workds: ‘Yes, yes. That will be fine. The concerto is extremely difficult, just as much for the head as for the hands. I am delighted to add another unplayable work to the repertoire. I want the concerto to be difficult and I want the little finger to become longer. I can wait.’ And the soloist’s choice of Bach’s D minor Sarabande as an encore was perfect. Not only could one read back Bach’s line into Schoenberg’s, and vice versa; the choice of D minor picked up on and responded to Schoenberg’s hints at that key – always a ‘special’ one for him – in the concerto. 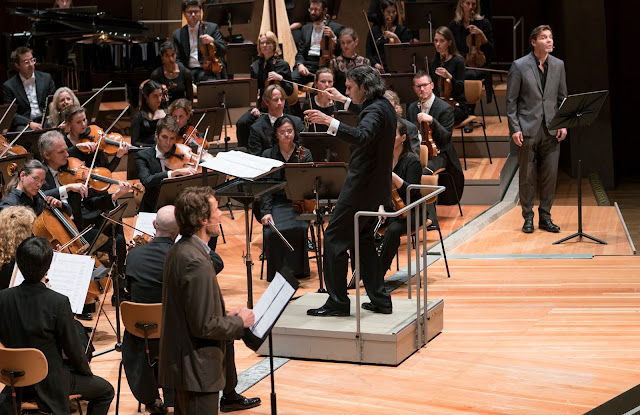 I had heard Jurowski conduct the British premiere of Nono’s unfinished Julius Fučik in London in 2011. ‘Pointillism’ was what had immediately come to mind in the opening then; so it did now; far more so, say, than in the later Il canto sospeso, heard earlier in this festival. Its melodramatic quality inevitably puts one in mind of Schoenberg: for instance, A Survivor from Warsaw. There was certainly no doubting the violence and the human ‘provocation’, such as Nono said he always needed: ‘an event, an experience, a test in our lives, which provokes my instinct and my consciousness, as man and musician, to bear witness’. In this case, the witness borne is to a Czech communist and literary critic, hanged by the Nazis in 1943. (Fučik’s words would also be used in Intolleranza 1960.) Drums and trumpets again suggested Mahler (and Schoenberg), as the music led us to one of those typical Nono passages of agonising beauty. The German ‘Schönheit’, spoken shortly after, made the point clearly. And then, to hear the phrase ‘ein Motif von Beethoven’ alerted us, with savage irony, to where we were heading.

Jurowski had followed that London performance too with Beethoven’s Fifth Symphony. The great difference here was that it was performed with Mahler’s retouchings to the score – and with a much larger orchestra. Interestingly, Jurowski now seemed liberated, no longer hidebound by self-imposed ‘authenticke’ restrictions. It was, of course, a splendid experience in itself to hear Beethoven via Mahler, but it was not just that; we heard more, I think, of Beethoven ‘as Beethoven’ too. Moreover, simply to hear a full-sized orchestra, still more one on such splendid form as the RSB, let loose on this music – sixteen first violins down to eight double basses – is an opportunity all too today too. Doubling of wind made perfect sense in such a hall and on such an occasion too. Yes, of course it is not strictly ‘necessary’, but what is? If we go down that route, we might as well all stay at home and listen to recordings – or indeed to nothing at all. To hear, for instance, the oboe solo in the first movement not as a solo at all was fascinating, especially when played as well as it was here. We doubtless will not hear it like that next time, but we might have the memory in some sense with us, offering a different, reflective standpoint on what we hear. Moreover, the first movement as a whole burst forth with all the radicalism of Beethoven’s almost incredible gift for concision. Perhaps Jurowski might have yielded a little on occasion, but one might say the same about Klemperer. 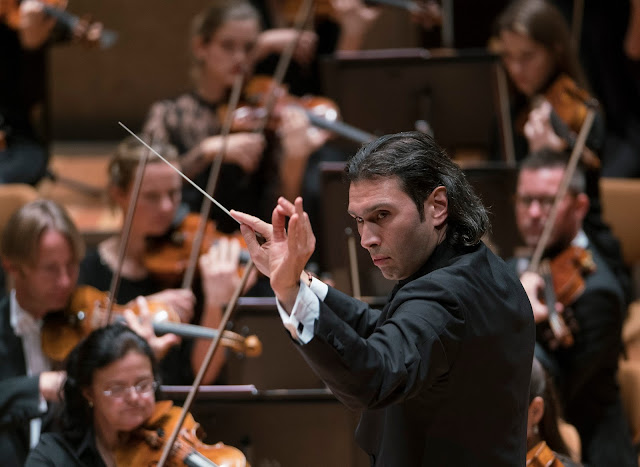 It was glorious to hear the lower strings, so full and rich, so songful and soulful, at the opening of the second movement. Even the slightly static approach Jurowski brought to the music seemed to work, although I could not quite tell you how or why. I was less convinced that this was really a ‘Mahlerian’ approach, but so what? To attempt to imitate, whether something imaginary or otherwise, is an approach for pedants, not for artists. The performance, moreover, benefited from all the clarity we had heard in the Schoenberg. I very much like the stateliness, the strength – I dare not invoke ‘stability’ here! – of the Scherzo, transmuted into something similar yet different in the Trio. The reprise of the scherzo material sounded as ghostly as ever; alas, the transition to the finale remained somewhat foursquare, lacking in mystery. If there were times in that final movement when Jurowski seemed to hold back – rather oddly, and overtly, in forced ritardandi – many earlier virtues remained, showing clarity, strength of purpose, and numbers to be anything but antithetical. (It is extraordinary that one has to make such a point, but given the current fashionable climate, alas one must.) And this time, the surprise would be that the oboe solo was – yes, an oboe solo. Two piccolos, four flutes, four oboes, four clarinets (including bass and E-flat clarinets), four bassoons, contrabassoon, four horns, two trumpets, three trombones: I have no doubt whatsoever that Beethoven would have been overjoyed to hear his music relished by and through so many. If, ultimately, I was perhaps more impressed than moved by the performance, it gave me much to be impressed by – and to think about.