The Long Christmas Dinner and A Dinner Engagement, Guildhall, 4 June 2018 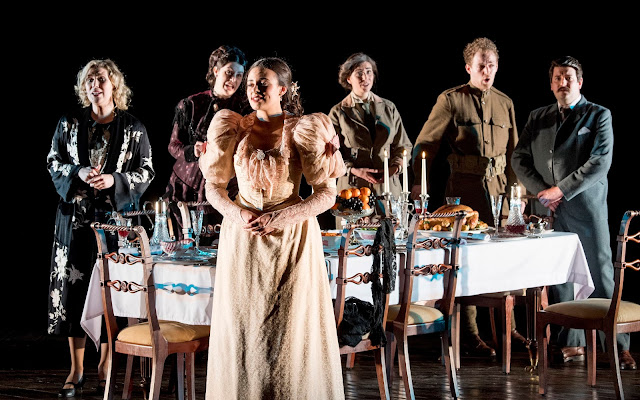 Orchestra of the Guildhall School of Music and Drama, London
Dominic Wheeler (conductor)

Stuck record time again: much of the best London opera comes from our conservatoires. That is not to belittle what I have heard at Covent Garden since returning to London; much has been of a very high standard. ENO: let us hope the benighted rule of Cressida Pollock has now been put behind it. Opera Holland Park continues to go from strength to strength, most recently with perhaps the finest all round Così fan tutte I have seen and heard for well over a decade. These things are not competitive, whatever capital might tell you. Moreover, our conservatoires tend to offer rather different, complementary fare. A particular strength of the Guildhall has been its repertoire choices – and so it continued to be here. If, in this double bill of two operas I had neither seen nor indeed heard, one proved far superior to the other, I was immensely grateful to be afforded the opportunity to acquaint myself with both, especially in such fine performances as these. 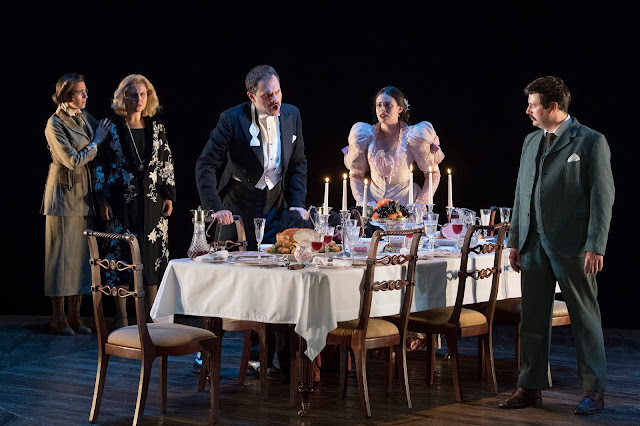 Hindemith and Thornton Wilder might not seem the most obvious of collaborators. The Long Christmas Dinner, however, works very well. Wilder, it seems, worked hard to convert his 1931 play into a libretto. (I say ‘it seems’, since I am relying on secondary literature; I shall certainly try to read the play before long.) The concision is striking, but so is its suitability for Hindemith in particular. That may, of course, also be a matter of Hindemith’s adaptability too. At any rate, what came across strongly, in work, performances, and indeed staging was the somewhat tedious repetition of Christmas in a bourgeois New England family, the Bayards, over ninety years – without in any sense proving tedious itself. The cyclical aspect may be seen in a revolving set, centred on the dinner table, to which characters in slight decline – far less dramatically so, and surely this is deliberate, than in Buddenbrooks – come and from which they go. Behaviour varies and repeats; one feels a certain sympathy, and yet a certain ennui, or rather feels their ennui. Hindemith’s forms mirror and/or incite this: softened Kammermusik, in a sense, the post-Bachian motor rhythms still present, albeit without noticeable aggression, drawing one in to action and atmosphere alike, in a harmonic language that is, doubtless unsurprisingly, closer to Die Harmonie der Welt. Time passes: their time and the world’s. Until, that is, Ermengarde, the final member of the family resident, learns that another branch – by now, with children Roderick III and Lucia III – are building another house, another story. Whilst reading the letter informing her, she dies. It is a very difficult task to bring off, to portray such people in such a situation whilst retaining one’s interest, but the company – and this seemed to me a true company achievement – did just that. For that reason, I shall single no one out in particular, other than to say Dominic Wheeler’s conducted framework proved just what the team required. 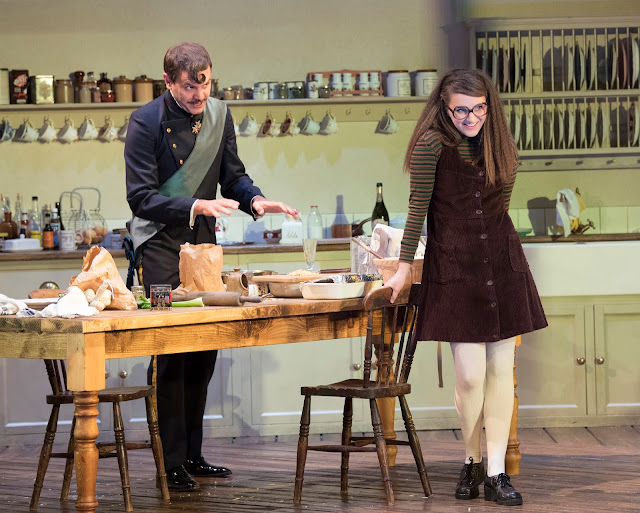 Hindemith’s opera was first performed in Mannheim, in 1961; its first performance in English came two years later, at the Juilliard, in 1963. Lennox Berkeley’s A Dinner Engagement had its premiere a few years earlier, in 1954, at Aldeburgh’s Jubilee Hall. It seems, frankly, to be very much an opera written for the insular, xenophobic world to which those trying to force us out of the EU would have us return. Not out of intent, I am sure, whether from Berkeley or his librettist Paul Dehn. But its fluent, pleasant, vaguely Gallic boutique musical style palls after a while, not least on account of the absence of any dramatic grit. A diplomat and his wife plan to marry off their daughter to the son of the Grand Duchess of Monteblanco. (Don’t ‘foreign’ places have funny names?) That son, Prince Philippe, thinks the daughter is a maid; they get on, and they decide to marry, the lack of a handsome dowry notwithstanding. His mother does not even object. If ‘heartwarming romantic comedies’ are your thing, even you might look for a little more in the way of a plot twist. The only ‘joke’ is that the ‘foreigners’ are – well, foreign, so speak or rather sing with ‘silly’ accents. Some food burns too. Performances were again very fine, Eduard Mas Bacardit and Zoe Drummond skilfully teasing out what level of lyrical excitement the score permitted as the two lovers. Once again, moreover, there was an excellent sense of company. But there are limits to what might be achieved, even with a resourceful kitchen set design, when the material is sub-Carry On – without the jokes.