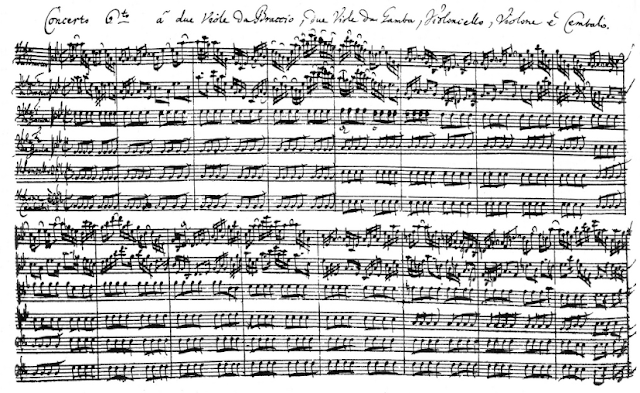 It is always a fascinating prospect to hear contemporary and indeed earlier composers respond to repertoire works. Think of Mozart learning from and adding to Bach and Handel. Last year in Vienna, I heard newly commissioned responses from eight composers to Le Marteau sans Maître, interspersed with the movements of Boulez’s work. This summer, Bach’s were the masterpieces, the Swedish Chamber Orchestra having commissioned six composers to write companion pieces to each of his Brandenburg Concertos. Rarely if ever will all contributions be of equal stature or prove equally satisfying to different tastes. Such was certainly not the case, in my experience, with the responses to Boulez; nor was it to be so here. Alas, only two of the new works seemed to me to have been worth the effort; the other four proved at best over-extended and, in at least two cases, probably more, meretricious. Still, even in somewhat variable performances of the ‘originals’, Bach, as Boulez would have put it, remained.

First up was the first of Bach’s set of six. Its first movement was light, airy, not unlike Claudio Abbado’s late way with these pieces with his Orchestra Mozart, if not quite so secure. Although there was much to admire in the playing of the Swedish CO under Thomas Dausgaard, here and elsewhere, rarely if ever did I gain the feeling of being truly grounded in Bach’s music; it seemed as much an excursion to them as, perhaps still more so than, the new works. Still, it breathed – just about, and was well balanced, in itself no mean feat. What a relief, moreover, it was to hear modern horns in this music. The following Adagio enjoyed some delectable oboe playing; I also loved the dark, velvety bassoon tone. Its successor danced freely – not, thank goodness, in the bizarrely dogmatic ‘This is a Baroque dance and this is how a Baroque dance must sound and be experienced, exterminate, exterminate…’ so prevalent in certain circles. Mahan Esfahani, playing harpsichord continuo throughout the first concert, never failed to work with Bach’s harmony, to call it by name and thus create it anew (if I may slightly misquote Adorno). If certain ‘effects’ in the Polacca irritated, the closing dances nevertheless beguiled. Mark-Anthony Turnage’s Maya perplexed – that is, before it merely bored. Beautifully played by all concerned, not least cello soloist, Maya Beiser, its status as response, companion piece, anything at all to the Bach work was less unclear than absent. It did not employ the same musical forces, had no connection, at least so far as I could hear, to its material; worst of all, though, it came across as a frankly cynical prolongation of what might have been a couple of minutes or so of television serial mood music. Vaguely blues-y at times, vaguely threnody-like, it might initially have filled a gap in a concert programme; soon, however, I developed a suspicion that the gap would have been better left unfilled.

Bach’s Third Concerto offered cultivated modern playing, albeit with very small forces. (Is that really a sensible way to treat this music in the Royal Albert Hall?) It was not hard-driven as so many authenticke performances tend to be, even if it lacked a good deal in gravitas. Again, it was the continuo playing that afforded the greatest pleasure, grounding the harmony and rendering Bach’s form dynamic. About Anders Hillborg’s ‘new’ second movement, the less said the better. On a slow day, it might, I suppose, have taken five minutes to jot down. The third movement (Bach’s, thank God) was very fast yet not unreasonably so; something of Bach’s spirit and humanity remained. Hillborg’s Bach Materia opened intriguingly, out of the orchestra’s tuning up. Alas, it was all downhill thereafter. The music moved into vaguely minimalist churning out of violin arpeggios from soloist Pekka Kuusisto, offered ‘effects’ aplenty, from silly chirping noises to shouted interjections as Kuusisto and double bass player Sebastien Dubé improvised. The collaboration showed Dubé to better advantage than Kuusisto. Should unpleasant wailing be your thing, however, there was some of that too. Again, the sense was of filling in time that really had no need to be filled in. When bits of Bach returned, there was some enjoyment to be had, soon not so much dashed as dissipated. Attempts to be ‘right on’ rarely prove edifying; this, frankly, was just a mess.

The Fifth Brandenburg Concerto was for me the unquestioned highlight of the first concert and indeed of the Bach performances as a whole. Here, it seemed, the soloists, especially Esfahani, took the lead rather than Dausgaard and turned what they were doing into a performance in the living, emphatic sense. The first movement was lively and breathed, its contours and formal dynamism not only apparent but felt, experienced. Esfahani’s way with the cadenza not only impressed, but reminded us what astounding music this is. It would be foolish to imitate Furtwängler, even on the piano, but his incredible recorded 1950 performance from Salzburg remains the model here. Esfahani proved a worthy successor. The second movement was true Kammermusik: flexible, beautifully balanced, with all the give and take one might have hoped for between harpsichord, flute (Fiona Kelly), and especially violin (Antje Weithaas). Bach’s closing Allegro danced with far greater ease than any of those aforementioned self-conscious ‘Baroque Dance Lessons’ and, naturally, went far deeper. These were not soloists who, again to borrow from Adorno, said Bach yet meant Telemann. Its contrapuntal complexity was embraced; that complexity embraced both performers and audience in return. It was perhaps a little puzzling not to have a ‘response’ that involved the harpsichord, but Uri Caine’s Hamsa was doubtless written with himself in mind as piano soloist. There is no doubting the quality of his pianism; his tone was often to die for. Hamsa, named after the Arabic word for ‘five’, seemed to me sincere and ambitious. It certainly confronted Bach in quotation, allusion, and, in its way, vaguely neo-Classical procedure. Again, it seemed far too long for its material, whose treatment began to sound merely arbitrary. Perhaps I simply did not ‘get’ Caine’s aesthetic. There was certainly no gainsaying the quality of the performances here.

Bach remained, of course, and endured into the second concert. The Fourth Brandenburg Concerto reverted somewhat to the more tentative or at least constricted ‘early-ish’ style of the First and Third, at least so far as the orchestra and Kuusisto were concerned. Per Gross and Katarina Widell on recorders, however, offered infectious enthusiasm. Dausgaard seemed overly keen to mould the central Andante; its fussiness continued into the finale, which alas, had something of that ‘This is a Baroque Dance’ quality to it. A somewhat disappointing performance, then, prefaced Olga Neuwirth’s brilliant Aello – ballet mécanomorphe, to my ears by far the strongest of the new works. In three movements, like its companion, it immediately spoke with the tones – in every sense – of a serious composer at work. Figures remembered from Bach, whether melodic, rhythmic, or both, sounded as if trapped in a machine. Or were they actually perfectly happy to be there? Claire Chase on flute, shadowed by two muted trumpets, offered breathtaking virtuosity, set against an ever-changing ensemble that included synthesised harpsichord and glass harmonica as well as portable typewriter. Machines can be fun as well as serious – indeed sometimes especially when they are serious. So too can Bach. An almost Berio-like malaise, material dragged down into something mysteriously different yet related, led, toward the end of the first movement, into a reinvention of Bach and Neuwirth in almost jazzy style (all the more convincing for making no claims to be jazz ‘itself’). The glass harmonica soundworld of the second movement, however ‘artificial’ – what art, by definition, is not? – seemed to incite more ‘traditional’, arabesque-like flute writing which yet did not lose its ‘mechanical’ edge. Jesting with form – or perhaps simply my lack of understanding! – had me think for a while we were embarked upon a transition to a finale in which Bach would reassert himself, only to realise that ‘transition’ had been the finale along. I very much look forward to hearing it again.

Brett Dean’s Approach – Prelude to a Canon was written to preface the Sixth Concerto. Its opening busy counterpoint seemed to evoke, in melody and harmony, a Bach who may or may not have been ‘real’. Different moods, never predictable, whether ludic or songful, prevailed at different times, sometimes suggesting a more ‘modern’ conception of double concerto for the composer and fellow violist, Tabea Zimmermann, sometimes very much a reinvention of Bach’s own terms. Emotional and intellectual tension was often coincident; when not, the disparity proved equally suggestive. If I responded more strongly to Neuwirth’s piece, there was no doubting the accomplishment of Dean’s either. Bach emerged from its final bars. Again, my ears had been tricked; I had expected another section of Dean. This is a very difficult work to bring off. However, if I found the first movement unreasonably fast, Bach’s dark colours nevertheless shone through (or whatever the more appropriate verb for darkness here would be). The outer movements benefited from being Dean and Zimmermann taking the lead as soloists; the central Adagio ma non tanto seemed less certain in direction.

Bach bade farewell with his Second Brandenburg Concerto. It was hard-driven and light-textured in the now fashionable way. Nevertheless, balance came across very well: no mean feat in this of all works. Perhaps the highlight was the central Andante: not, I hasten to add, because the excellent Håkan Hardeberger was not playing, but because it flowed more freely, again taken as chamber music. I am afraid I could not get on with the machine-like approach to the finale. Even Stravinsky, I imagined, might have asked Dausgaard and company to calm down a little. That said, it helped pave the way for Steven Mackey’s Triceros, which followed without a break, a held trumpet note for transition. Its initial (post-)minimalism passed amiably enough. It certainly came across in polished, even accomplished fashion when contrasted with the offerings by Turnage and Hillsborg. Again, the aesthetic is one to which I find it difficult to respond, so I shall not say too much, other than again to say that it could have done with being half, even a third of the length. Note-spinning may have been the way of many a sub-Telemann composer; it was never Bach’s. Bach, however, remained – and always will.