There may be a case for staging Berlioz’s ‘dramatic legend’, The Damnation of Faust; it was certainly not made on this occasion. To be fair, here are arguments either way, not least with respect to Berlioz’s own wishes and practice, and there probably always be. This new Glyndebourne production, however, found itself stuck uncertainly, awkwardly, and most of all tediously, between various poles and possibilities. It seemed to lack belief in the work, or at least the wisdom of staging it as it stands, yet at the same time makes changes so half-hearted, arbitrary, and silly that one wishes it had not. Some of Richard Jones’s recent productions – for instance, anon-committal Bohème and a weirdly unfinished Katya Kabanova, both for Covent Garden – have suggested running out of steam; this did nothing to dispel the impression. 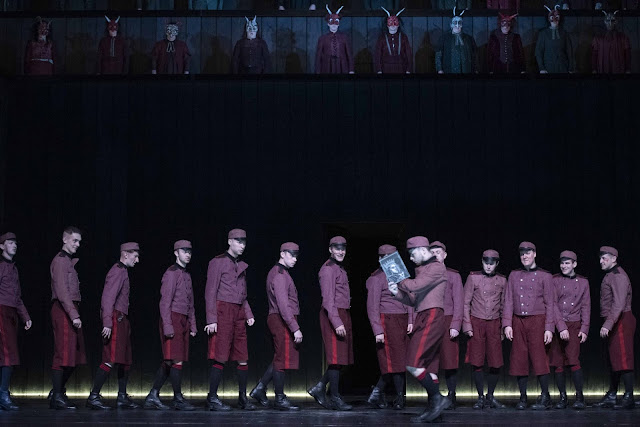 Much might have been salvaged in the event of a stronger musical performance. Alas, the festival’s music director, Robin Ticciati failed to provide it. I have yet to hear a performance from him that was not at least disappointing. Here, Ticciati offered a masterclass in the perverse art of rendering Berlioz bland and tedious to the point of non-recognition; only the following evening, listening to Colin Davis’s classic Philips LSO recording, did I feel reassured that, yes, I did know the work after all. Such lack of orchestral colour and warmth – the LPO strings sadly wasted through well-nigh absurdist lack of vibrato –married to inability to marry harmony and pulse, on the rare occasion that the latter were discerned, seemed to indicate not so much an æsthetic as mere incompetence. Notes, bars, phrased, paragraphs, even numbers drifted interminably, until suddenly an abrupt, stiff minor – very minor – eruption would occur: quite arbitrary, yet doubtless considered ‘exciting’ by some. Many paths might be taken to ignite the flame of Berlioz’s Romanticism, from Davis to Boulez, from Munch to Markevitch; a prolonged damp squib leading nowhere at all was what we heard here. When it could be heard, the LPO woodwind sounded gorgeous, not least in solo work. Too much, however, was relegated to the status of a dull backing-track to events on stage, such as they were.


Singing was better, if often unidiomatic. French is a notoriously difficult language in which to sing, especially for non-Francophone singers, but this was not straightforwardly a matter of nationality. Many of Julie Boulianne’s words were indecipherable, for instance, and she only really came into her own after the interval. Both Christopher Purves and Allan Clayton enunciated far more clearly. If the latter were not ideally cast, straining at the top, there was little doubting his commitment. A few tricky French corners aside, Purves seemed most at home, a sorely needed energising presence. The chorus had a few rocky moments, its female voices in particular; many of the performance’s stronger musical virtues were nevertheless to be found there. 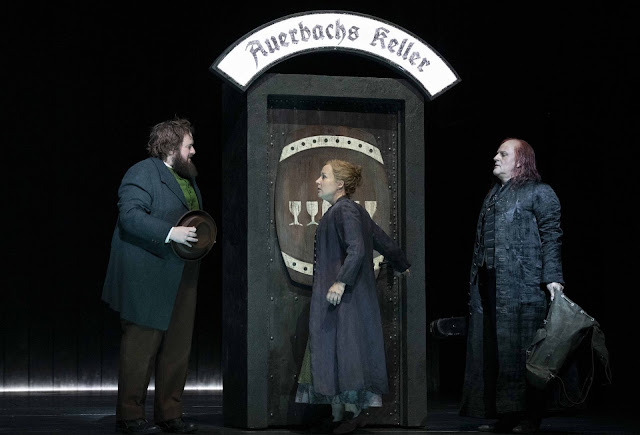 What of Jones’s production? It certainly acknowledged the difficulty in staging the work at all, incorporating additional texts, ‘derived from Goethe’s Faust’, by Agathé Mélinand. Derivation, however, was sometimes oblique – not only because they were, oddly, delivered in French. (Surely English translation would have made more sense in this context.) As with much else, I was left feeling that less or (considerably) more would have been better. Having seen Frank Castorf’s Faust (i.e. Goethe) at the Berlin Volksbühne and heard of his work with Gounod’s version, I could not help but find this both non-committal and unfinished. A half-hearted rearrangement, trying to undercut Marguerite’s assumption by following it with ballet music (the ‘Menuet des feux follets’) in which Faust and his devils rejoiced and bared prosthetic genitalia seemed more to proclaim, ‘let us show our feminist credentials’, than actually to do so. Otherwise, a strange domestication, speaking more by default than of conviction, ruled. Presumably the idea was to show an everyday life that might have been Faust’s and Marguerite’s, but never could have been. By all means question, even negate Faust’s – and Berlioz’s – Romantic questing, but it really needs doing with greater verve and belief. This was often as tired as Ticciati’s conducting. 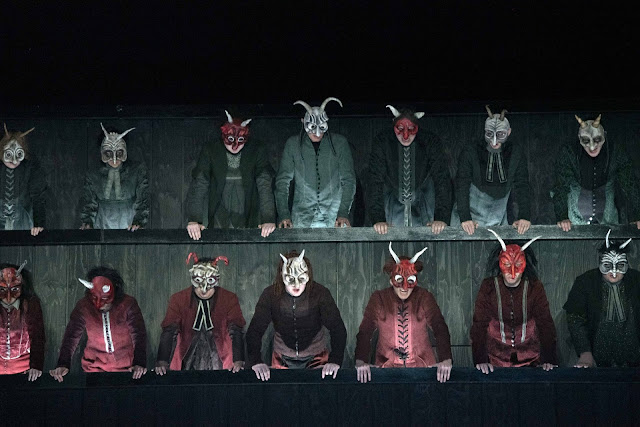 It is difficult to imagine any Berlioz staging of this memorial year matching, let along surpassing, Dmitri Tcherniakov’s magnificiently uncompromising Paris reassessment of The Trojans. If one does, all the better. However, given the uncomprehending hostility with which that met from many, the world seems likely to continue to receive more of what it most likely deserves.