The metaphor of the journey has been so overworked, so debased, that it will often now elicit little more than a groan. Perhaps, though, there was something to be retained, lightly, even playfully, from the idea of composers and their music – and its performance – travelling in different directions here, in a splendid concert from Cologne’s Ensemble Musikfabrik. 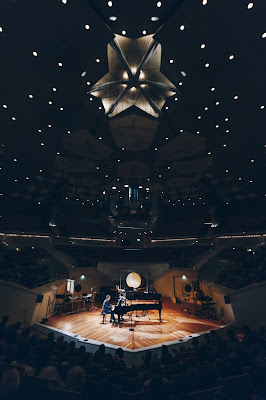 Helmut Lachenmann might seem initially here to have travelled quite some distance indeed from the composer we know and, in many cases, love. However, as Schoenberg once remarked, ‘a Chinese poet is certainly not only someone who sounds Chinese. Rather, he says something else as well!’ Lachenmann’s Marche fatale acquired a cult following – I account myself a member – last year, when, in its new orchestral version, it heralded Stuttgart’s New Year. It was originally composed for piano, though, which is how we heard it on this occasion, from Ensemble Musikfabrik’s Ulrich Löffler. That in itself made me listen, re-listen, to material with which I had perhaps become over-familiar. (Is that not what Lachenmann bids us do all the time with the debris of German Romanticism?) Oddly, and perhaps only because I knew the orchestral version first, the piano piece sounded more akin to a piano reduction: again, an interesting challenge for my ears. But then, I started to wonder: was not the grit in the oyster here clearer; were not the dissonances harsher; was the music not more evidently fractured? Was this not, in a strong sense, the ‘original’, and what did that mean? Subversion of Liszt’s most celebrated Liebestraum seemed more pronounced. The close certainly had more of the abyss to it. And if I had my doubts about Löffler’s rubato at times, it made me listen – and rendered those fractures more pronounced. Again, surely the point.

Berliner Kirschblüten came as all the more of a surprise, since I neither knew it nor its antecedents (for instance, the 2000 Sakura-Variations on a Japanese folk song, and its 2008 expansion, Sakura mit Berliner Luft). An opening that can sound sentimental immediately has one question one’s own orientalism. Is there anything one can do about it? Perhaps not, but at least it alerted me to the problem in time for the works by Toshio Hosokawa. Then the song from Paul Lincke’s operetta, whose jazzy deconstruction was more than welcome. As with Marche fatale, this was unmistakeably Lachenmann’s mind at work. He was taking a walk on another side, perhaps, but was that not all the more Adornian? Yes, most likely, but it was enjoyable too. Here, the cavernous abyss at the close drew comparison with that of Marche fatale, but was longer and, most likely, deeper, resonance and dissolution two sides of the same coin. 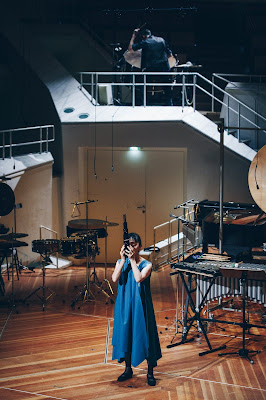 Next came the second of Hosokawa’s Birds Fragments, for shō – used, most likely not coincidentally, in Lachenmann’s Das Mädchen mit den Schwefelhölzern – and percussion. An opening invocation, with strokes on bass drum and piercing cries from crotale, provided in its continuation ritualistic (I think, but am I orientalising?) backdrop for sh­ō chords that drew one in, had one listen to every pitch, to the movement of lines: not entirely unlike Marche fatale, in fact. Its form and duration seemed to me perfectly judged; nor could there be any doubting the distinction of performances from Mayumi Miyata and Dirk Rothbrust. After the interval, in the third, for shō and flute (Helen Bledsoe), the same could certainly be said of performances and form. The flute part, first alto flute, then piccolo, sounded here more akin to commentary upon shō processional, that commentary then susceptible to transformative influence; or so it seemed in terms of a drama that perhaps approached our notions of music-theatre.

Music-theatre in a more emphatic sense had been heard in between, in Peter Eötvös’s Secret Kiss, for reciter (the splendid Ryoko Aoki) and ensemble, here receiving its German premiere. An opening percussion invocation forged a connection with Hosokawa – as well as readying the audience for the world of Noh. Aoki’s recitation of the text (from Alessandro Baricco’s novel, Seta, in Oriza Hirata’s Japanese translation) moved between speech and song, the ensemble (flute, clarinet, violin, cello, and percussion) inviting further, more or less inevitable, comparison with Pierrot lunaire. And indeed, it was just as much in the instrumental lines that narrative weight and content seemed to lie, all exquisitely crafted yet dramatically involving. Ominous, unsettling, beguiling, radiant: this distilled tale of a nineteenth-century Frenchman travelling to Japan to learn secrets of silk manufacture, of subsequent orientalist enchantment, and of something we might call death, duly enchanted and, moreover, duly invited us to question its and our journey.

The programme closed with Eötvös’s Sonata per sei, only now, thirteen years late, receiving its German premiere, again conducted by the composer. Written for two pianos, three percussionists, and sampler keyboard, it inevitably invites comparison with Bartók’s Sonata for two pianos and percussion, as well, perhaps, as with the wondrous spatial acrostics of Boulez’s sur Incises. Bartók certainly seemed to be echoes in the entry of the first percussionist, as well as in the pianists’ first entry. That did not, however, ultimately seem to be the point, the sampler reminding us that, certain formal correspondences notwithstanding – was that at some point a Bartók-like arch? – Eötvös’s procedures were quite different. Groups – that is, the keyboard players and percussionists – sometimes functioned more or less as one, sometimes very much as individuals. Overall form strongly echoed, without quite replicating, movements of a classical sonata and their ‘character’. As with the rest of the programme, I was left wanting more: a sign, then, of a journey well travelled.