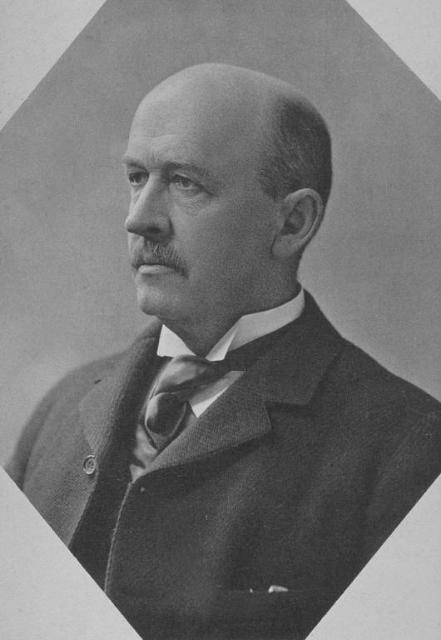 Frantz, (Gustav Adolph) Constantin (b. Börnecke, 12 Sep. 1817; d. Blasewitz, 2 May 1891), historian and political theorist. Prussian civil servant, from 1862 a full-time writer. Initially Hegelian, Schelling’s influence turned him rightward. Like many contemporaries, Frantz addressed the “German question:” how to reconcile cultural nationhood with German Kleinstaaterei (petty-statism). This he described, with typical national modesty, as the most obscure, most involved, and most comprehensive problem in all of modern history. Note the German conflation between national and universal, also present in Wagner’s and others’ writings.

Critical of liberal, instrumentalist conceptions of state and monarchy, which he viewed in natural, organic terms, Frantz opposed both the National Liberals (associated with Jewish hegemony) and Bismarck’s kleindeutsch policy, meaning unification as a Prusso-German nation state, excluding Austria. Instead, Frantz advocated particularism within a pacifistic confederation to include Switzerland, Belgium, the Netherlands, and Scandinavia. Austria and Prussia would act from within rather than as would-be great powers. This federal model for Europe as a whole would defend against French and Russian expansionism, and protect traditional Western Christendom. Latterly claimed as a forerunner of the European ideal, Frantz was Romantically nostalgic for the Holy Roman Empire: not a state, but a set of legal institutions, through which sovereign entities, ranging from electorates to Imperial knights, might thrive, as much culturally as politically. It was Germany’s particular privilege and calling, Frantz believed, to form a living connection between state and international law in the development of continental Europe. German unification (1871), he believed, ignored German historical development, transplanting foreign constitutional forms in the name of a national principle.

Frantz may have influenced a surprisingly rare expression of blatant nationalism in Wagner’s dramatic oeuvre: Hans Sachs’s peroration in Die Meistersinger von Nürnberg. Even if the Empire fell to a French (welsch) threat, Sachs exclaims, “holy German art” would endure. Wagner had encountered Frantz’s work during the 1860s, dedicating the second edition of Opera and Drama to him and proposing to Ludwig II in 1866 that he assume leadership of the German Confederation. Cosima records: “R. says, ‘Who suffered more than I did under the drawbacks of life in Germany? Indeed, I even got to the stage of wishing to see the whole nation dissolved, but always in the hope of building something new, something more in line with the German spirit. It was a great joy to me to get a glimpse through Constantin Frantz of the German Empire; and who cannot feel at least some hope, now that the Germans have shown such strength?’” (CWD, 14 Feb. 1871). When Wagner’s initial enthusiasm for Bismarck’s Reich faltered, this almost metaphysical Reich remained an alternative.

In 1878, Wagner republished “What is German?” requesting Frantz’s response. Frantz’s Open Letter to Richard Wagner (June 1878) also published in the Bayreuther Blätter, argued that the new Reich was as un-German as could be. Importantly, he distinguishes between (German) “metapolitics” and conventional politics (analogously with metaphysics and physics). Metapolitics must have a higher aim than mere political ends, a privileging characteristic in the idealism of the later Bayreuth Circle.