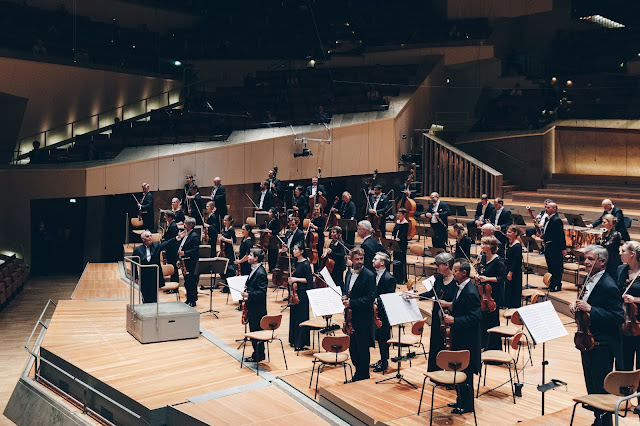 Symphony no.39 in E-flat major, KV 543
Symphony no.40 in G minor, KV 550
Symphony no.41 in C major, KV 551
Staatskapelle Berlin
Daniel Barenboim (conductor)
Almost six months ago, I penned my last concert review, Daniel Barenboim and Pinchas Zukerman having completed, all of three days in time, their latest survey of the Beethoven violin sonatas. I had had every reason, or so I believed, to look forward to a good deal more Beethoven in Berlin before reluctant return to London. The nine symphonies from Barenboim and the Staatskapelle Berlin, together with Fidelio from the Berlin Philharmonic and Kirill Petrenko were all booked, as were several other concerts and theatre visits, two new Mozart opera productions (Idomeneo and Così fan tutte) included. None took place. Instead, I scrambled to make another booking: a flight ‘home’ before it was too late. Literally homeless and unable to find anywhere to live during lockdown, I spent three months in Yorkshire with my brother and his family, to reach London once again only in mid-June, to start to rebuild my life. Since then, one short dress rehearsal apart, that life has truly been a Land ohne Musik, an especially strange coincidence with reception of the chalice, more bitterly poisoned than ever, bearing the name ‘Head of the Department of Music’ for the next three years. (There are baptisms of fire, and there are baptisms of March 2020.)
I could scarcely believe, then, that not only had I been able to reach Berlin, to say goodbyes previously denied; not only was I about to hear music once more in the flesh; but also that it would be with Mozart and the man who was to have conducted that never-to-be-seen Così, as well as the never-to-be-heard Beethoven series: Daniel Barenboim. But so it was. All was not the same. Under necessary social distancing, the Philharmonie can only offer interval-less concerts of up to ninety minutes and, more importantly, at what looked to me barely more than one in five capacity. This was no orchestra for Mahler; it was a typical Barenboim Mozart orchestra, strings 12.10.8.6.4, spaced so as to fill the stage, whether masked, as the players came on to and left the platform, or not, when (of course!) they played. Barenboim too was masked until after taking his podium bow. But then, in the presence of the President of the Federal Republic of Germany, the attempt to create a ‘new orchestral normal’ could begin.
It was not normal, of course; how could it be? That E-flat chord with which the first of the evening’s three symphonies opened would, even at the best of times have been heard with all manner of resonances. Here, however, it was not only a matter of presaging The Magic Flute. ‘The music itself’, a few years ago the bane of many a musicologist’s life, was recreated before our very ears, and to hell with pedantic criticism. It is always an introduction rich in expectancy; here, a whole world of possibilities lay before us, with all the fabled warmth of this great orchestra, the Staatskapelle Berlin, and its music director, Barenboim. Unsurprisingly, I welled up, surrendering—as if I had any choice—but then found myself able to listen, almost as if the intentness and immediacy of the experience were to compensate for the deprivations of the last six months. Silences to shame Bruckner played their part, but as ever with Barenboim at his best, it was above all understanding and communication of harmony that led us to the exposition proper, in a performance both collegiately genial and generatively constructed. Every note mattered, was connected, played its part: like every player, perhaps even every audience member. All the drama of opera denied erupted. Cello scales sounded for the miracles they are, transmuted from figures into music by the most Mozartian of alchemy. The lack of a repeat—one ear on the legal clock?—made for an uncommonly Boulezian overview from Barenboim, but it worked with similar purpose and acuity. Not his least strength as a musician has been constant rethinking of his way with familiar works, constantly on offer here today. The recapitulation sounded as a second development, that lack of an exposition repeat perhaps necessitating this still more strongly: how everything had changed by the ‘return’ to the second group! The triumph of the coda, often overlooked among the miracles of this triptych, sent shivers down the spine. Yes, music had returned, and it was music at its most exalted. 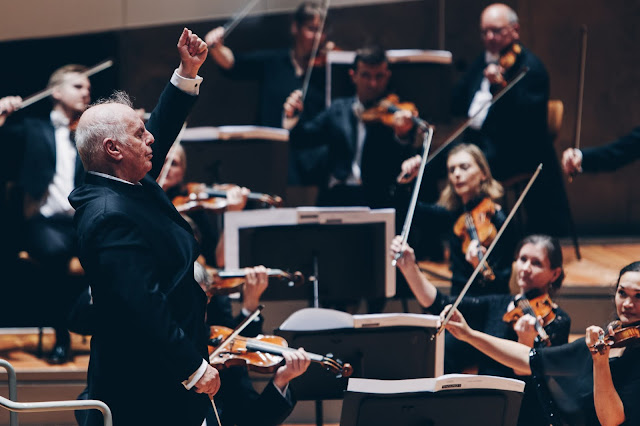 In the slow movement, Barenboim negotiated the difficult balance between development and, well, balance so well that would never have known its difficulty. The minor-key episode was expertly prefigured—harmony again!—so that the strange description I read as a teenager in a borrowed LP liner note, ‘bizarre’, seemed more bizarre than ever. The personal inscrutability born of apparently different subjectivity, which so strongly differentiates Mozart and Beethoven, however close they may otherwise become, was a guiding spirit here. Mozart never judges. Dramatic flexibility of tempo suggested, not without reason, the world of Don Giovanni. There was all the time, also all the urgency, in the world, and how we needed them; how those dissonances ached and their resolutions healed. The minute, ebullient yet yielding, likewise was founded on the securest of harmonic understandings. Its counterpoint told with a directed clarity vouchsafed only to the finest of Mozartians. The trio proved a garden of similarly directed delights, straight out of Così, or rather vice versa. Champagne with especially present pinot noir was the hallmark of the finale, its extraordinary concision uncannily prophetic of Webern. Motivic integrity and dynamism played a crucial role, once more founded upon harmony. The final, Haydnesque phrase was thrown away not as if nothing, but as if almost nothing, thereby rendering it everything. 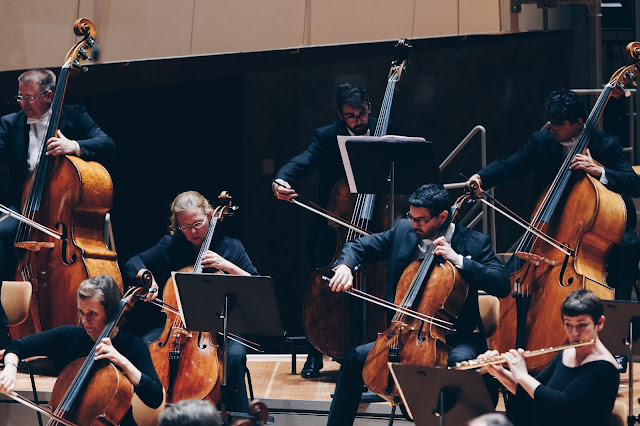 The G minor Symphony began with Furtwänglerian fury, yet perhaps greater precision than Barenboim’s hero might have elicited. Concision again proved Mozart’s order of the day, likewise a motivic intensity to rival Beethoven, albeit with a tragedy that could only be Mozart’s. Disorienting descent and battle royal in the development wound down in well-nigh Mendelssohnian exhaustion to ignite a recapitulation that was again very much a second development. The fear and fury of the Requiem to come rendered the tragedy of the ‘failure’ to turn away from the tonic minor in the second group and coda all the more vivid and felt. The second movement likewise flowed as a wordless theatrical scene, with both the variety and unity that implies, at least chez Mozart. A particular form of inevitability, recalling more strongly than I can recall the music of Bach, characterised the minuet. Its trio offered balm, the promise of a better world, the purity of the Staatskapelle’s horns enough once again to have tear ducts do their thing. The finale burst forth as resolution to the truest of tragedies: no histrionics, but musical fate. There was hope, of course, but a rock-steady, almost Klemperer-like overall command marshalled its inevitable demise. The disjuncture with which the development opened ‘spoke’ almost as if a Wagner arioso. Here at least, Mozart needed no words.

I do not think it was temporal requirements that led Barenboim to take a brisker, even brusquer approach with the first movement of the Jupiter than I can remember him doing so before. In some ways, it seemed closer to Haydn and Beethoven than to Mozart. I may not have liked the idea a priori, but it worked: again, testimony to his determination to rethink, not to rest on his laurels. It was defiant; perhaps therein lay the key, given our present ‘circumstances’. Beethovenian goal-direction was very much the guiding principle to this movement as a whole, which is not to say that other musical themes lacked charm. However, it unfolded with a solemnity very much of our time, with little sense of celebration, though once again with an increasingly important role played, so it seemed, by Mozart’s study of Bach. 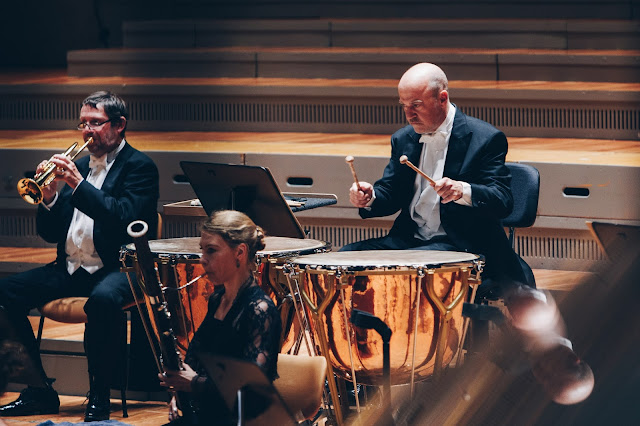 The second movement was imbued with a humanity to match any of Barenboim’s Beethoven. This mattered, whether in the harmonic depths or on the melodic surface, such opposition more than usually meaningless. Mozart here spoke with all the moral goodness that he would with the late Colin Davis, and all the complexity of Schoenberg. Barenboim’s rethinking of the minuet was striking too, opening intimacy preparing the way for a veritable panoply of Viennese Redoutensaal life. Public-private contrast and interconnection proved the foundation of the trio too, relationship between the diatonic and chromatic adding a further layer of meaning to both dances of this third movement. The finale burned with fiery urgency as much contrapuntal as harmonic, though it was certainly both. (Bach again!) Perhaps it lacked the sense of absolute triumph, of a musical QED, that sometimes it will boast, but surely that was again to be expected in times of plague. It certainly lacked nothing in freshness, nor in thrill. I could happily, repeats or no repeats, have heard it all again. 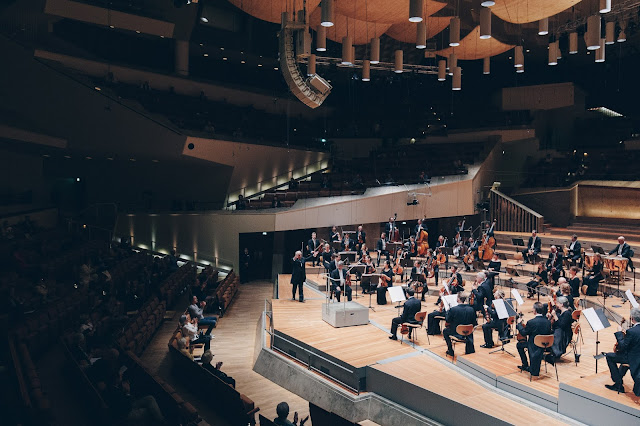