Some Thoughts on Anniversaries: Mahler, Chopin, Schumann, and LISZT 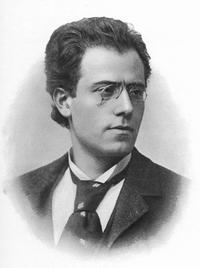 Having an enforced New Year's Eve in – accursed ‘flu – and unable to set myself to any proper work, I started thinking about this year and next, and lo and behold, the issue of anniversaries reared its head. It has of course become almost as tedious to rail at anniversaries as to experience them: not all of them, nor all aspects of them; nevertheless, it is probably the case that too much concert programming has now become signed over to composers x, y, and z, simply because they were born or died 150, 75, and 350 years ago. Fervent Mahlerian though I may be, I have been turned off by the quantity and quality of many offerings from 2010, and that is before the second anniversary year of 2011 even begins. I seriously wonder whether the greatest tribute we can offer Mahler would be a year of silence. It is not even as if there is really some second tier of neglected works: some of the songs, perhaps, and arguably the extraordinary Das klagende Lied (look out for performances from Vladimir Jurowski in London and Pierre Boulez in Salzburg), but, though I have played it, I do not wish to hear the Piano Quartet performed ad nauseam. And when an entire cycle in London is handed over to Lorin Maazel, one really does wonder what is going on. Many of the performances might turn out well enough, but I cannot imagine – and I shall be happy to be proved wrong – a great degree of enthusiasm being summoned, though there may be relief that at least it is not Valery Gergiev conducting.

Leipzig’s Mahler cycle – I dearly wish I could attend – opts for different pairings of orchestra and conductor, whilst that of Sir Simon Rattle and the Berlin Philharmonic pairs the symphonies interestingly with works by other composers. If one must, and yes, I can understand the temptation, then those are surely more interesting routes to take. By the same token, how welcome it is to have Esa-Pekka Salonen and the Philharmonia celebrate the music of Bartók just in order to celebrate the music of Bartók!
Chopin’s 200th anniversary has brought some fine performances. Again, there are few rediscoveries necessary: those Chopin pieces that are rarely performed tend to be rarely performed for good reason. But the chance to hear the world’s greatest pianists at the top of their games in this repertoire will also be welcome. Pollini, Zimerman, and Uchida all impressed me mightily, and whilst I only managed to catch one instalment of Artur Pizarro’s complete cycle, I was delighted to have done so. (On the other hand, the concert I heard from another cycle was at best a workmanlike drudge.)

Schumann, sharing the anniversary, has been a welcome visitor too throughout the year. There is more to explore here, even relatively unfamiliar songs and piano pieces. It was a pity, though, that there seemed – at least where I have found myself – few opportunities to hear more truly off-the-beaten-track Schumann, not least his choral music. Das Paradies und die Peri, for instance, or better still, the Scenes from Goethe’s ‘Faust’. There are smaller gems too. Perhaps a renewal of interest might instigate performances in 2011? After all, we do not want to stop hearing the music now that the anniversary year is over. 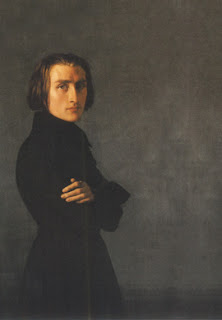 Next year, however, brings a real possibility in terms of a major anniversary: the 200th of Franz Liszt’s birth. I cannot think of a more grossly misunderstood and misrepresented composer. Ernest Newman’s disgraceful character assassination (The Man Liszt) may or may not influence present-day readers and listeners; I hope not, since it is a typically philistine hatchet-job. But there remains more than a whiff of puritanism to many responses to Liszt, almost as if a Victorian Songs without Words sensibility still ruled over us. Mendelssohn-baiting serves no purpose now either, but the scale of ambition – and, on occasion, one must admit, the scale of failure – evinced by Liszt is far greater. That is not to say that he is a greater composer; he may or may not be. Yet this was a musician whose influence on subsequent generations was almost as great as Wagner’s and whose very real achievements in his own right have far too long been obscured. Just because this was almost certainly the greatest pianist of all does not mean he cannot also have been a great composer. 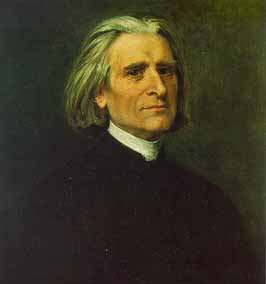 We hear a few of the piano pieces relatively often, some of them deservedly so, some arguably less so. But even a work such as the B minor Sonata, which is hardly neglected, can come off very poorly in the wrong sort of performance. What it should not sound like – and I realise I am being prescriptive here, but Liszt often needs help – is a celebration of virtuosity. Of course it requires virtuosic, almost transcendental, technique, but that, as Liszt realised, is only a starting point: a way to beat the mere virtuosi at their own game. After that, and above all, stand the musical challenges. Analysis of this score can operate upon so many levels that it is difficult to know where to begin, but only briefly to consider its formal ingenuity and the dramatic issues that presents is to realise the scale of the achievement – and of the challenge. Drawing upon Beethoven, Schubert, and Schumann, Liszt goes at least as far as anyone before Schoenberg (I think especially of the First Chamber Symphony, op.9) in synthesising and radicalising the relationship between individual ‘movements’, if indeed they may now be thought of as such, and the form of the whole. Within a single movement, we also hear the traditional four, and that is before we even begin to consider issues such as the false dawn of a recapitulation denied, or rather deferred. And what does it all mean? Should it be considered in extra-musical terms? Faustian? Christian? This was, after all, the inventor, as even Wagner acknowledged, of the symphonic poem. Then again, do we perhaps pay Liszt a disservice by stressing potential or even real extra-musical associations? Are we again implying a certain lack of ‘absolute’ compositional rigour? The æsthetic debates about the superiority or otherwise of ‘absolute music’ take us nowhere, just as they took Eduard Hanslick et al. nowhere, yet at times we seem destined to replay them; might Liszt present a way out? 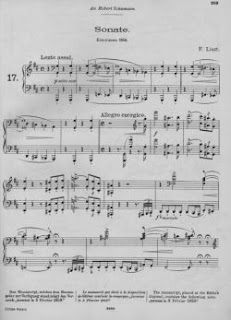 There are many even of the piano works we rarely or even never hear. Indeed, pieces continue to be rediscovered. Leslie Howard, for whom the word ‘indefatigable’ seems quite miserly, has now recorded his third volume (2 CDs) of ‘Liszt: New Discoveries’ for Hyperion. He will give two of the works presented there world premiere performances at the Wigmore Hall in January. (I hope to attend.) This, then, is the sort of anniversary performance that will certainly bring something new. Moreover, just think of all the connections one can make with twentieth-century composers through the late, strange piano works, some of which have ceased to be governed by tonal rules. No wonder composers such as Debussy, Bartók, and Stravinsky admired a piece such as Nuages gris.

Then there is the rest of the composer’s gargantuan output. As an ex-organist, I am only too well aware of quite how much there is, of varying but often high quality, which we rarely if ever hear. Organists, who are not blessed with a cornucopia of first-rate composers, especially from the Romantic period, tend to play no more than three of his works: all of them fine, but there are many more, far more interesting than anything by, say, the mysteriously ubiquitous (in Church, that is) Joseph Rheinberger. The songs are a treasure trove, often in multiple, competing versions. There is no need to choose: perform them all! The choral works, like those I mentioned of Schumann, are shamefully neglected, whether the smaller pieces for male chorus or works such as the Hungarian Coronation Mass, written for Francis Joseph’s coronation as King of Hungary, or the oratorios, Christus and Die Legende von der Heiligen Elisabeth. Schoenberg, writing one hundred years ago in 1911, observed that Christus was ‘a work whose effect has still to dawn’. We seem not to have progressed at all, so there is plenty of work to do.

Everything is not of the highest quality; it would be absurd to claim that. The question of versions can sometimes reach Brucknerian proportions – but then Bruckner had the sense to confine himself to far fewer works. However, I have yet to hear a Liszt work quite so formally incompetent as, say, the Third Symphony of Bruckner, in whatever version. This year, 2011, however, should be taken as a time to experiment, as Liszt himself did. Not everything will come off, perhaps, but it is surely better to try and to fail – again, as he himself did – than to play it safe. For, whatever the rights and wrongs of Liszt performance, safety should never be on the agenda.
Posted by Mark Berry at 7:49 pm