Schoenberg – A Survivor from Warsaw, op.46
Mahler – Symphony no.2 in C minor, ‘Resurrection’ 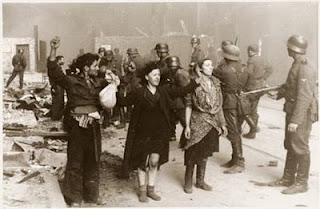 Full marks for programming. Sir Simon Rattle’s anniversary traversal of Mahler’s symphonies will combine each work with an illuminating companion, or illuminating companions. He will bring the Berlin Philharmonic to London early next year, where the Third and Fourth Symphonies will be performed alongside hors d’œuvre from Wolf and Brahms, and Stravinsky’s Apollo respectively. Still more intriguing and imaginative is the selection of Purcell’s Queen Mary Funeral Music to introduce the Fifth. Schoenberg’s coruscating Survivor from Warsaw has often been selected, for instance by Michael Gielen, as a prelude to Beethoven’s Ninth; here it introduced and brought into question Mahler’s ‘Resurrection’ Symphony. Karajan was no foe of Schoenberg, quite the contrary, so I was a little surprised to see that the work’s BPO premiere came as late as 1986, with Dietrich Fischer-Dieskau and Gary Bertini; Fischer-Dieskau reprised his role with Claudio Abbado in 2001. Rattle has placed himself, then, in a relatively brief but undeniably distinguished tradition.

The music of the Second Viennese School is repertoire in which Rattle has long excelled, and so it proved again: I do not think I have heard a finer performance of A Survivor from Warsaw, even from Abbado. Orchestral response was viscerally intense from the outset; it never let up. Mahlerian vistas opened up in concision, for instance following ‘you don’t know what happened to them [your children] how could you sleep?’ only for their hope to be necessarily denied. Moses und Aron sounded close in the angry percussion of ‘In vain! Much too noise…’ whilst one heard more than a hint of Bergian grand guignol at ‘It was painful to hear them groaning and moaning’. Key to the performance’s success was, of course, Hanns Zischler’s Speaker. His refusal to exaggerate paid dividends: what one needs above all is dignity, which is what we heard. That is not to say that dramatic contrast was absent: it was brutally evident in the shift from the agonising slowness of ‘It had become very still – fear and pain,’ to the sergeant’s shouting ‘Abzählen!’ Moreover, the ‘stampede of wild horses’ sounded just like that. Moses und Aron was once again invoked as the male chorus defiantly sang the She’ma Yisroel. It terrified, inspired, and then moved us beyond words, as the funeral march opening of Mahler’s symphony was taken attacca…

There was no denying the kinetic energy with which the symphony thus opened; Rattle and his Berliners hit the ground running, though without sounding rushed. There was a great deal of tempo fluctuation, most of which convinced, certainly much more so than it had in the summer’s Proms performance of the First Symphony. That said, there were times when I felt Rattle leant a little too much towards the rhapsodic, though structure tightened in the second half of the development and the recapitulation. There was awesome power to be heard from the Berlin strings, and some beautiful, fitting portamenti too. Mahler’s own vistas were both prepared and subverted by those of Schoenberg. Now we had to ask, whether or no we wished to do so: what can the Alps, whether physically or metaphysically construed, mean after Warsaw? Inevitably, in this context, one suspected and heard something of a phantasmagoria. Baleful brass premonitions of the Seventh Symphony brought a roller-coaster ride to a close, and duly haunted our memory. It was a great pity, then, that some members of the audience took the short pause at the end of the movement as an opportunity to chatter. Indeed, in context, such behaviour tended towards obscenity.

Rattle judged the balance between affection and irony extremely well in the second movement: that would seem to augur well for the Fourth Symphony’s neo-classicism avant la lettre. Some may have found his interpretation too ‘moulded’, but I thought the moulding worked in general, though it could at times be overdone. Special mention must be given to the superlative harp playing of Marie-Pierre Langlamet. The third movement was commenced without a break. Menace and malice were operative words from the very outset: we stood not so far from the Ninth Symphony’s Rondo Burleske. Rattle wisely emphasised rhythmic progression here and the ‘busy’ quality of Mahler’s counterpoint: ‘learned’ but also prefiguring the terrible explorations of the Fifth. There were times when I felt the lack of greater warmth, however, not in the sense of sounding clinical, but occasionally there was a sense of tonal anonymity. Then Hell broke loose, however, to dispel momentary doubts as to where we might be heading. Magdalena Kožená emerged in startling scarlet from within the orchestra, like an angel – or should that be a demon? It was theatrical, but Mahler can be just that. Off-stage brass were simply magical as a frame for her Urlicht, whose diction could not be faulted. Was Kožená's vibrato too much? Certainly it was not Urlicht as we generally hear it, but I thought it worked. There was a distinctly contralto-like quality to some of her singing, her voice seeming to have deepened, quite apt for this Wunderhorn song of Nature and God.

The vast finale opened furiously. Thereafter, however, it tended somewhat towards the sectional. There was not the blazing intensity of direction, of ‘rightness’, that conductors from Klemperer to Boulez have brought to the score. Rattle seemed to be trying to characterise every section too much, with diminishing returns. The BPO’s playing was extremely fine, of course, and the climax of the great march came with full-blooded tone, though lacking the darkness of, say, its Berlin neighbour, Barenboim’s Staatskapelle. The chorus’s entry, when it came, sounded somewhat obscured in diction, though not nearly so much as Kate Royal’s rendition of those two opening stanzas; I could not discern a single word that she sang. The Berlin strings, however, ravished with newfound warmth. There was greater focus, from the chorus at least, to the second stanza, ‘Wieder aufzublüh’n…,’ choral blend well-nigh perfect. Kožená’s handling of ‘O glaube…’ stood in stark contrast to what we had heard from Royal. The words were not only audible, but meaningful, almost painfully imploring. Royal’s response showed marked improvement, though her tone remained lacklustre. There were times when I wondered whether a larger chorus, not on the scale of the Eighth Symphony but nevertheless larger, would have benefited the performance. Nevertheless, the backward connection and clash with Schoenberg’s Survivor registered strongly in the attempted affirmation of ‘Aufersteh’n…’. The BPO brass once again proved simply outstanding, whilst the organ (Sigurd Brauns) sent shivers down the spine. There may have been faults to the performance – these are human beings, after all – but transcendence, however, fleeting, was attained. In the company of the Schoenberg work, one could argue that that in itself was a remarkable achievement, a testament to Mahlerian endurance.
Posted by Mark Berry at 12:05 pm