The first performances of Stockhausen’s Mittwoch – the world premiere took place on Mittwoch 22 August, the composer’s birthday, whilst I attended the last of four performances on Samstag – could hardly have failed to be an ‘event’ of the highest order: the last of the Licht cycle, in duration roughly twice the length of Wagner’s Ring, to receive its first full performance, though it was the sixth of the seven days to be composed. These performances were, if possible, rendered all the more extraordinary by being given not by an established opera house and company, but by the heroic Birmingham Opera Company, founded by director, Graham Vick, as a community project, run from an office comprised of just three full-time workers in Birmingham’s Jewellery Quarter. Productions are site-specific: ‘We don't have an opera house and we don't work in conventional theatres. We conjure our theatres out of spaces used for other purposes or maybe just abandoned. A brief period of illumination and then we move on – not tied to bricks and mortar.’  But then Stockhausen was hardly a conventional composer, let alone a conventional opera composer. The Argyle Works, a disused chemical factory, proved an excellent setting, not only in terms of its large, adaptable spaces, but also on account of a fine acoustic, doubtless testament to a great deal of expert preparation by sound engineers. 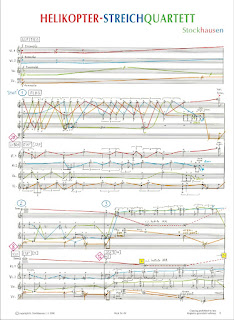 Despite its use of a 'super-formula', Mittwoch is not easy - certainly far less so than, say, Donnerstag, to consider as a unified work, especially in terms of narrative. Perhaps it would be more so as part of a complete cycle, perhaps not. But musically, the opening Greeting and Farewell, sound projection by the tireless Kathinka Pasveer, provide electronic material employed, if not throughout, then in two of the four intervening scenes, 'Orchestra Finalists' and 'Michaelion'. In a sense, it is up to the individual whether he should construct his own Mittwoch narrative, but in a sense, that is always the case: the situation, as so often with Stockhausen, is simply more extreme here. Mittwoch was first intended to be the only opera in which the cycle's three principal protagonists, for want of a better word than 'characters', (Eve, Lucifer, Michael) cooperate.As it happened, none of them actuallyt appears in straightforward fashion, though Eve and Lucifer are represented by 'emanations' (the latter in the bizarre form of 'Lucicamel' (German, Luzicamel), yes, a pantomime caamel), and the name of Michael is frequently invoked in apparent awe. Yet the idea of 'cooperation', related to the idea of 'love', remains: as Richarp Toop points out, 'almost uniquely in Stockhausen's work, this collaboration is political, in a parliamentary sense, in the inner ones, it is more specifically musical'. Even when it is political, it seems a hundred light-years, or whatever measurement Stockhausen would employ, from the political commitment of contemporaries such as Henze or Nono, let alone the younger Lachenmann. Stockhausen's (quasi?-)theological cosmogony remains the thing, for better and/or worse. 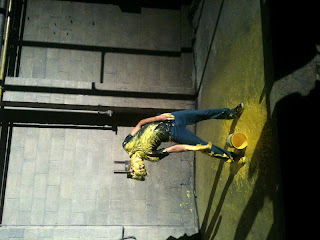 With ‘Wednesday Greeting’ (‘Mittwochs-Gruss), which originates from the electronic music of ‘Michaelion’ rather than the other way round, we were plunged into darkness, at least visually, whilst a four-track (quadraphonic) performance of music ‘very seldom reminiscent of this world and which awakens the universe of the fantasy’ (Stockhausen) unfolded. ‘Listening to music in the dark will become much more important in the future than it is today,’ Stockhausen wrote  in Electronic Art Music (2006), going on to say, ‘The main function of art music will be to make the souls of the listeners fly freely through the universes, with infinite new surprises.’ Whatever one thinks of that, the darkness certainly made one concentrate, and brought into relief choreographed moments – in a scenic rather than musical sense – that appeared all around us, just like the sounding of the music. Aspects of creation myths, old and new, flashed before our eyes, all superbly executed by a fine team of dancers. It is difficult not to respond favourably to the intense seriousness of Stockhausen’s vision, if, at the same time, it is difficult – at least for this viewer and listener – not to find an unintentional absurdity to it too. ‘Yellow is the colour’, apparently, so we left the first hall to progress to the ‘World Parliament’, passing an artist apparently pleasurably writhing in yellow paint that he poured over himself, perhaps the closest we came to conventional eroticism. 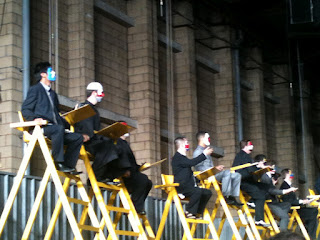 ‘World Parliament’ (‘Welt-Parlament’) proved, apart from anything else, quite beautiful in an almost conventional a cappella choral sense. Praise could not be too high for the representatives, members of Ex Cathedra, conducted by the President, Ben Thapa. Love is the subject for debate, its meaning discussed in a manner that perhaps came easier to a child of the sixties than to many of us today. But even if sentiments, sometimes in invented tongues, sometimes in the vernacular, such as ‘Love resounds in your voice. Listen to your tone, to the sound of your voice, to GOD, because love must be in it,’ might be a little difficult to take for us, however beautifully sung by tenors joining forces, let alone the President’s ‘Positive thinking – that’s it!’, the ritual, choral and visual, was entrancing. Perched high on yellow stools, representatives with different world flags emblazoned upon their faces – I saw them in make-up when entering the factory – interacted, debated, apparently learned from each other. The substitute President, an ‘Eve emanation’, her coloratura wonderfully despatched by soprano Elizabeth Drury, takes office after a janitor called out the President on account of his car being towed away. Stockhausen admitted that he ‘very consciously made it that banal.’ Quite: perhaps it is a matter of that ‘German humour’ even we Teutonophiles find baffling in the extreme. However, it was the beauties of Stockhausen’s choral writing, apparently not entirely removed from some of his earliest works, that offered greater sustenance. 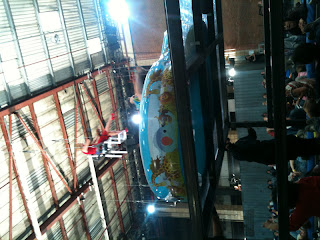 ‘Orchestra Finalists’ (‘Orchester-Finalisten’) had us turn to the often staggering instrumental prowess of a fine group of musicians named above, octophonic electronic music following the progress of the instrumentalists. Again, Pavseer’s expertise here was crucial to the scene’s success. Suspended from the ceiling, splashing in a paddling pool, shouting, even, according to Stockhausen, ‘moving in an individual way and projecting their personal aura’, this extends ‘the way musicians publicly perform during music competitions’. You can say that again. In addition to the musicians’ antics, there was much else to divert the eye: dance, processional, including men in top hats with billowing smoke, a man with an aeroplane on his head... 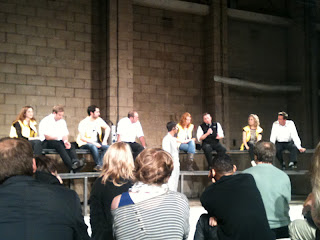 The ‘Helicopter String Quartet’, premiered by the Ardittis but here performed by the Elysian Quartet, has become so notorious that it is difficult to know what to say about it. It is probably best to understand it as further evidence of Stockhausen’s extraordinary imagination, somehow both naïve and incredibly complex. As theatre it is quite a thing – and one should remember that Mittwoch is theatre, not ‘absolute’ music, whatever that might mean. Reports I had read were highly critical of Radio 1 DJ Nihal as Moderator. Perhaps anyone who was not Stockhausen himself would have come in for considerable criticism here. Yet the role is prescribed in the work and our Moderator offered at least one sound piece of advice, to try to listen to the music, that is, not simply to be wowed by the effect, relayed to us via four screens. That is difficult to do, but especially towards the end, I found myself increasingly able to listen to the notes, to hear the passing of notes, even lines, as well as the shouted numbers of the Lucifer formula, between the players, as well as hearing the interaction of instruments and helicopters. In the post-quartet discussion, the pilots acquitted themselves very well indeed, one of them (Nigel Burton, I think) revealing a gift for dry wit. 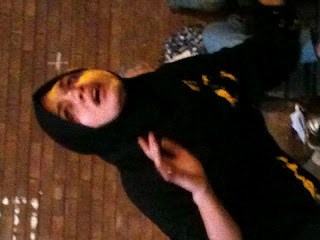 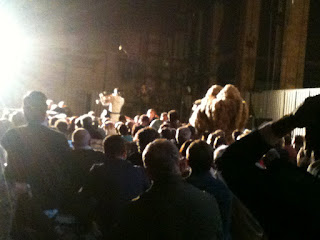