That Daniel Barenboim is not shying away from new challenges must now be abundantly clear. Last season, he conducted his first opera by Puccini (Tosca); in this, he has not only turned to his first by Gluck, but to his first pre-Mozart opera. It is perhaps not a coincidence that he chose Orfeo ed Euridice, so associated with Furtwängler’s magnificent live recording. Furtwänglerian tendencies became more evident during the third act; indeed, there were times when Barenboim perhaps (wonderfully) sounded a little more royaliste que le roi. Tempo variations always made sense, rubato supremely well judged and seemingly spontaneous. If the first two acts were more conventional, than there was no harm in that. It is a rare thing indeed to have Gluck performed not only on modern instruments, but by a great conductor. Whilst I might have longed for a larger orchestra, Barenboim’s relatively small band offered splendidly variegated, sensitive playing. We need to hear more, much more Gluck, from orchestras of this stature! If I did not feel that the interpretation were always quite so embedded as that of Riccardo Muti in Salzburg in 2010, then that is hardly surprising; Muti has championed Gluck throughout his career, most bravely at La Scala, whereas Barenboim is travelling where his apparently insatiable curiosity takes him. What both have in common is, rightly or wrongly, a preference for the Vienna ‘original’. There is no arguing with its dramatic integrity, although part of me would have been keen to hear, say, Berlioz’s edition. 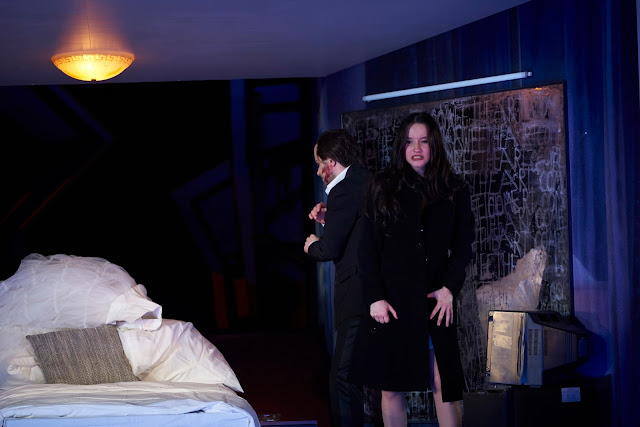 Bejun Mehta – who would have predicted that Barenboim would opt for a countertenor rather than a mezzo? – gave a superlative performance in the title role (well, one of the title roles). Barenboim’s sensitive, never too-sensitive, conducting always permitted Mehta to be heard, and so varied were the sounds and their intensity, so perfectly matched were words and music, that one could readily believe this to be Orpheus himself. Being seated very close to the stage was perhaps not an unmixed blessing acoustically for me, but to see Mehta’s face, his agonies, the depth of his grief, and to hear that matched with his vocal artistry was more than enough compensation. His chemistry with Anna Prohaska as Euridice was unmistakeable. Hers was perhaps a more Mozartian performance, equally welcome, achieving the near-impossible of putting the two characters on an almost equal footing. Again, words and music sounded as an indissoluble whole; not for nothing was Wagner so ardent an admirer (of Gluck, that is, not that I have any reason to think he would not have admired Prohaska!) There was indeed an almost Elvira-like longing to Prohaska's performance. I find Amore a somewhat thankless role, at least vocally, but Nadine Sierra held the stage in her crucial interactions, interventions, and, perhaps most important of all, non-interventions. Choral singing suffered a little from the acoustic, but I have no reason to doubt its quality.

Jürgen Flimm’s staging is stylish and direct, certainly one of the best, perhaps the best, I have seen from him. I could not help but wonder whether he had been handed a difficult task of having to conform to Frank Gehry’s ‘headlining’ set designs rather than the other way round. If so, Flimm did a still more impressive job. Monochrome first-act obsequies allow plenty of space for Mehta’s outpouring, as heartbreaking in its way as Janet Baker’s in hers. The inhuman – in every sense – cruelty of the gods is underlined not only by Amore’s refusal to make life, or death, easier for the lovers, but also by the Wanderer-like Jupiter, apparently unseen, apparently unconcerned. How tempting it must have been to make him ‘do’ something; how wise it was to refrain. Nevertheless, brute force takes Orfeo where he must go. Whatever the multi-coloured apparatus of second-act Hades might ‘be’, Gehry’s design is undeniably arresting in visual terms. The boutique hotel room of the third act seems, alas, to be a failure, at least on its own terms. I learned afterwards that it was intended as the grottiest of accommodation; perhaps that says more about Gehry’s lifestyle than anything else. At any rate, the claustrophobia within which Flimm, Mehta, and Prohaska have to work offers results of high dramatic intensity. Frustration can boil over with nature and import that are subtle (Orfeo’s overwhelming need for a beer from the minibar) or catastrophic (the backward glance). Whether such psychological realism really always works with Gluck may be debated; Flimm made a fine attempt to have it do so. 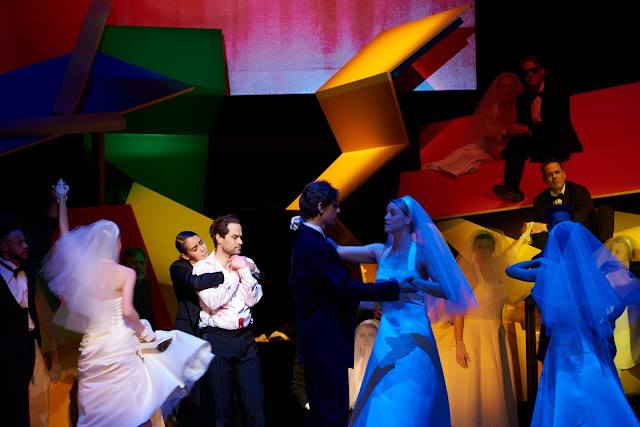 The masterstroke, however, is the undoing of the wretched lieito fine, in which convention threatens to undo so much of Gluck’s – and Calzabigi’s – reforming work. After choral and balletic rejoicing, we hear the Parisian number we have missed most of all: the Dance of the Blessed Spirits. Not for Barenboim Muti’s purism; not for Flimm something in which I suspect he could not bring himself to believe. Euridice is vanished once again; indeed, Orfeo’s fevered, grieving imagination, rather than the gods’, whoever they may be, seems to have offered and now withdrawn hope. The beauty, aural as well as visual, of this final twist is the most devastating thing of all. Fire and its heat, emptiness, and loneliness return. Perhaps now only the Maenads or Jupiter await.