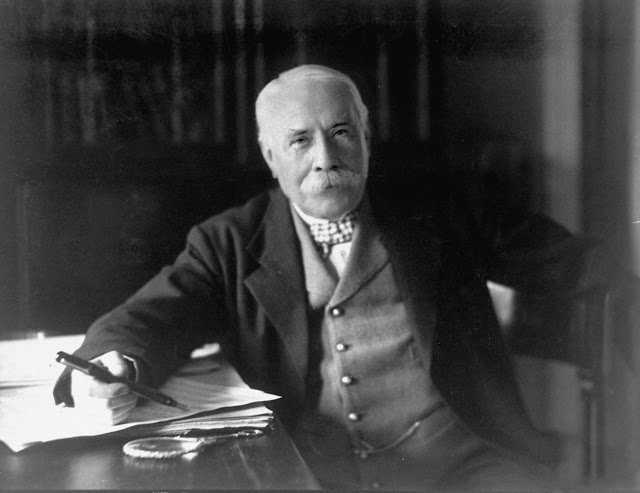 My visit to this year’s Festtage was somewhat curtailed; given the earliness of Easter, I was unable to get away earlier. (Yes, I know that sympathy will be a little limited.) I was very sorry to miss a Mahler concert from Daniel Barenboim, the Vienna Philharmonic, and Jonas Kaufmann. In any case, this concert, my doubts concerning one of the works notwithstanding, offered ample compensation. Indeed, although I am no more convinced by Dvořák’s Cello Concerto as a work than I was before, the excellence of the performance from Yo-Yo Ma, the Staatskapelle Berlin, and Barenboim matched that of Elgar’s Second Symphony in the second half. I could not help but think it a pity they had not played Elgar’s Cello Concerto instead, or, for that matter, some Haydn, but never mind.

It was, of course, a pleasure in itself to hear Ma: believe it or not, my first opportunity in the flesh; it was an equal pleasure to hear the Staatskapelle’s fabled sound, to my ears preferable to that of the city’s still-more-celebrated orchestra, at least nowadays, in this music. In the introduction to the concerto’s first movement, the orchestra sounded darkly brooding, as if the instantiation of a dark German (or, insofar as it might be different, Bohemian) wood. Barenboim, Dvořák’s digressions (even here!) notwithstanding, gave us a sense that, with a pinch or two of salt, we might discern some roots in Beethoven. Hushed expectancy was combined with exultant lyricism. There could, moreover, be no doubting the extension of that lyricism with Ma’s entry, likewise no doubting that we were in the company of a great cellist. It was perhaps the moments of quiet ecstasy beautifully cushioned by the strings, sometimes duetting with equally outstanding woodwind, that were most touching, but Ma’s ardent Romanticism, always focused, never blowsy or grandstanding, was just as impressive. Gorgeous horn calls, straight out of Tannhäuser, were as great a pleasure as anything else. There was a splendid sense of give-and-take, at times almost as if Ma and Barenboim were making chamber music.

The second movement had a passionate songfulness about it that looked forward to Elgar, and yet retained, not least through the offices of the Staatskapelle’s woodwind, a truly vernal quality. Not that the grander moments were underchanged, of course; indeed, soloist and orchestra alike relished the interplay. And what a beautifully variegated palette it was from which Ma painted. Barenboim, meanwhile, clearly relished those occasional moments of Tristan-like chromaticism. (If only they had more meaning!) Brahms was an ever-present influence too, of course, still more so in the finale, even given Lisztian excess on the triangle. Barenboim seemed especially keen to draw out other Lisztian elements too, much to the work’s advantage, although even he could not really impart much coherence to this movement. The nobility of Ma’s solo line could not be gainsaid; I doubt anyone would have tried.

The performance of the Elgar Symphony was, I think, the greatest of any Elgar symphony, perhaps even any work by Elgar, I have heard. Forget the insularity of ‘English music’; this was music, and great music at that. From the outset, we not only heard ‘Edward Elgar, Modernist’ to quote the title of the study by my Royal Holloway colleague, J.P.E. Harper-Scott; Elgar, modernist, even radical, was thrust to the fore of our consciousness whether we liked it or no. (Perhaps that was why a significant number of the audience left; I should like to think so. Sadly, I suspect that it was spießig incomprehension of Elgar tout court.) Barenboim took the movement, at least to begin with, at an ‘authentically’ Elgarian lick: no sentimentality here, or indeed elsewhere. Even here, however, this was an Elgar with Straussian knowledge, harmonic as well as colouristic, insofar as the two may be separated. And then, how he – Barenboim, that is, but also, Elgar – yielded, the music sounding, despite its meter, as if it were something approaching a slow waltz. We all know about Edward Elgar, German; too few of us remember Edward Elgar, Tchaikovskian. There was flexibility aplenty then, but directed flexibility. Aspirant climaxes underlined that composer and conductor alike knew their Wagner. Dark moments of phantasmagorical mystery sounded far more enigmatic than anything in a certain set of Variations. Given Barenboim’s Brahmsian credentials, I was struck by how un-Brahmsian it all sounded. This sounded nothing like the Elgar of Adrian Boult? It perhaps sounded, if you can imagine such a thing, more like a Frau ohne Schatten Fantasy that actually worked. If Strauss were not so surprising a composer to come to mind, Szymanowski was – and sounded all the more welcome for it. (Has Barenboim conducted his music? If not, he should.)

The second movement offered a similar – yet different – holding together of the material, despite its sometimes extreme disintegrative tendencies, compositional and performative. In that sense, I thought of late Beethoven. There was certainly no taking an easy road here. Roots in German Romanticism needed no underlining; rather Elgar and such roots appeared to renew their vows in a vision that sounded well-nigh Schoenbergian. (If only Barenboim’s great friend, Pierre Boulez, could have heard this performance, maybe he would have given Elgar a second thought. Or maybe not.) And yet, that side, those sides, were of course not all; climaxes at which a melody could sing, even perhaps momentarily triumph, spoke of Brahms and Schumann, not Mahler or Schoenberg. Well, sort of anyway; they really spoke of Elgar. It was, nevertheless, the liminal passages, not entirely un-Mahlerian, that seemed to lie at the heart of this extraordinary interpretation (i.e., Barenboim) and performance (i.e., the Staatskapelle Berlin).

Elgar’s scherzo opened as if it were a darker, perhaps more complex (!), Till Eulenspiegel. Outwardly, that is, for Elgar is not a composer to share Strauss’s materialism. It soon, of course, developed into something quite different, and crucially, continued to develop: this was a symphony, no doubt about it, Mendelssohn perhaps, subjected to and liberated by a modernist nightmare. Militarism, if we can call it that, sounded as the indictment it surely is – I doubt any of us, thank God, possesses the troubled imagination to conjure up an ‘Edward Elgar, Blairite’ – but there was nothing programmatic about what we heard. The finale seemed to offer the prospect of something good-natured, even Haydn-like. But triumph was long denied; this was an arduous path, just as it must be. Harmony, as always with Barenboim’s greatest performances, drove what we heard, made it possible. I suspect that his detractors, whether in Beethoven or here, have little understanding of that. Who cares? One does not need to be able to name the chords and their progressions to feel their import. What one needs is a receptive ear and the willingness to listen.