Boulez: Sonatine for flute and piano
Messagesquisse for solo cello and six cellos, arr. for violas by Christophe Desjardins
Éclat/Multiples 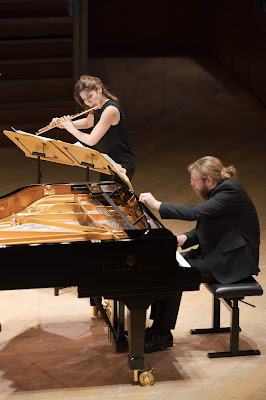 An excellent afternoon concert of works by Pierre Boulez opened with what may well be the best – certainly among the best – performance, live or recorded, of the flute and piano Sonatine I have heard, from Silvia Careddu and Denis Kozhukhin. Self-trans-form-ation, free yet determined, proved the ultimate answer to questions of form and per-form-ance alike. From the opening piano bars, harmonically a characteristic mix of Debussy and Schoenberg, yet never quite to be pinned down to them, through waves of sound, rising and vanishing into nothingness, and frenetic treading over hot toccata-coals, to a theatre of cruelty suggestive of highly irregular clockwork – until one listened and realised irregularity ran far deeper – here was a performance whose precision and depth truly astonished. Here was the white heat of inspiration, in work and performance alike. Kozhukhin showed that this was just as much music for the Steinway as Rachmaninov. Careddu’s endlessly divisible tonal variegation proved an object lesson in expressive range for an instrument sometimes, however unjustly, accused of its lack. The melodic salience of, say, a flute trill, thereafter taken up by the piano offered aural preparation for much of what was to come, an entry point to the Boulezian labyrinth; again, so long as one listened. 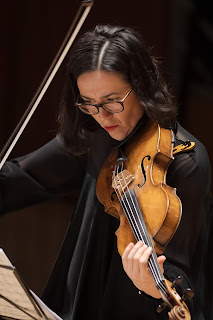 I confess to having been previously unaware of Christophe Dejardins’s viola version of Messagesquisse, its performance here dedicated by François-Xavier Roth and the Boulez Ensemble to the violist’s memory. It may seem a statement of the blindingly obvious to say how different it sounded, but it was the invitation to hear the same material differently that mattered. The viola shadow surrounding solo violist Yulia Deyneka seemed, at higher pitch, not only lighter but capable of further refraction – or at least that refraction was capable of further aural enquiry. Arnold Whittall’s characterisation of Boulez’s ‘modern classicism’ has rarely seemed more apt, albeit in friendly competition with a frenzied complexity and mysterious echoes that endured and, yes, further transformed themselves. 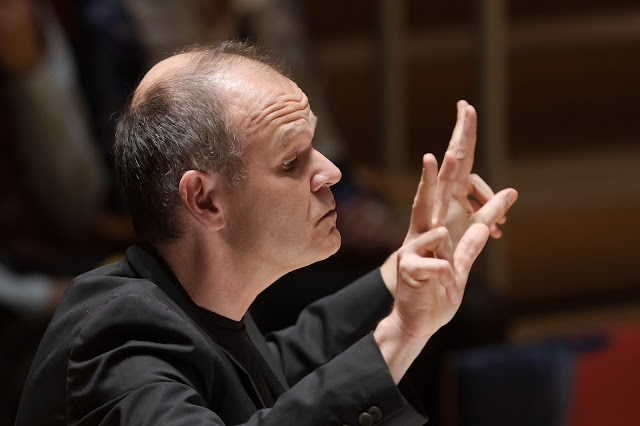 Éclat it says; and that is certainly how it opened with Joseph Houston on piano, and continued to open up further in fevered anticipation, even before the onset of its Multiples. There was visual and aural theatrical beauty in Roth’s numerical cues; likewise in the incitement of pitch, one by one, in Webern-like nouvelle Klangfarbenmelodie across the ensemble, aural acrostics already anticipating the late summation of sur Incises. Multiples brought veritable multiplication of new realities, no longer mere serial potentialities. Endlessly surprising, gateways to new soundworlds opened before our eyes and ears. That applied to the familiar as well as the unfamiliar: somehow a clarinet or a muted transport was heard – played too? – as if for the first time. The languor of suspended time, the perpetuation of a Messiaenesque cell, the wondrously variegated sound and procession of a viola consort at the work’s heart: those and so much more beguiled and transformed. ‘Music for the thinking ear’, to quote the motto of the hall to which Boulez gave his name. 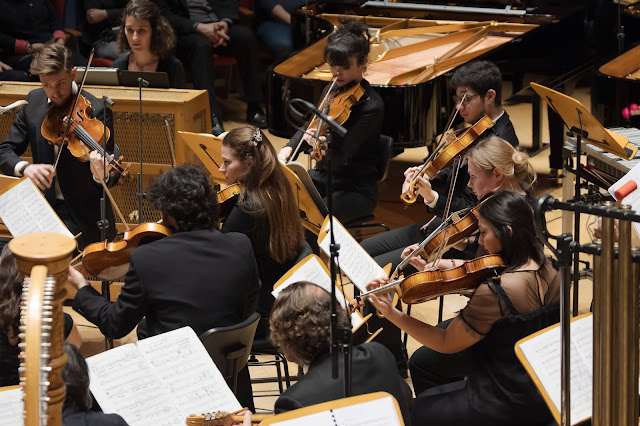