It would have been a work with which to make one’s mark for the opening of any Principal Conductorship. Following the LPO’s Festival Hall silence for the past year-and-a-half, it became, as Edward Gardner acknowledged in a brief spoken welcome, all the more so. Ambition imperfectly realised is in many ways more impressive than passing a lesser challenge—of the estimable qualities one associates with Michael Tippett, perfection is rarely one—but such was not a concern here. Edward Gardner’s gamble in presenting a concert performance of The Midsummer Marriage paid off handsomely, and was gratefully received by a London audience largely starved of sustained Tippett advocacy since the death of Colin Davis. 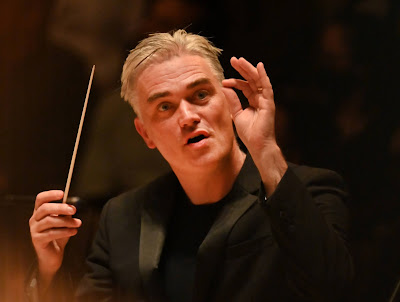 The orchestral opening was vivid, precise, variegated, as if the orchestra had never been away, likewise when the joint choral forces of the London Philharmonic Choir and ENO Chorus joined. Diction from chorus and soloists alike was excellent, which really helps in an opera whose word-setting does not always privilege verbal understanding. This first act, ‘Morning’, the dawn on Midsummer Day, felt as though it were just that; figuratively, a musical body, it seemed, greater than the sum of its parts, had awoken and was stretching, limbering up. ‘Music? What’s that?’ That and many questions and allusions had acquired new connotations during our recent travails. Tippett’s allusions to Elizabethan music appeared to speak not only of that past but of a nearer past, a ‘new Elizabethan era’ in English music his opera had helped inaugurate, and in which the hall around us, once again open, played so crucial a role (if ever so slightly predating it). Gardner’s—and Tippett’s—presentation of the score in time delineated the work’s dramatic as well as musical form, characters stepping forward as if themes in a giant sonata exposition. In a sense, that is precisely what they are. Against or rather in tandem with that, there was a strong impression, led by Gardner and the orchestra yet certainly including the cast, of revealing a protean imagination, twists and turns never awkward but rather distinctive. They were communicated with conviction, meaning, and what appeared—which cannot always have been the case—of ready familiarity. 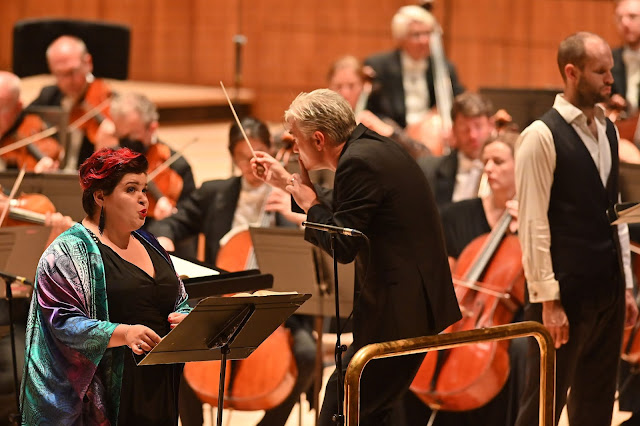 Of many highlights, the majestic and, yes, laughing conclusion to the first act, the effervescence of the primal, sometimes dark, yet often touchingly naïve Ritual Dances and their madrigalian choral writing, and a final daybreak as moving as it was atmospheric stand out in my memory. If Tippett would doubtless have pointed to Jung, one did not buy in to that psychology to experience wonder of another sort. Likewise, if King Fisher’s consultation—if that be what it is—with Madame Soristris does not speak to us all in precisely the way intended, there was plenty of alternative in so evocative an exchange as we heard between a dark and dangerous Ashley Riches and a rich-hued Claire Barnett-Jones. For the working through of events or analysis continued to captivate musically throughout the third act, which brought a radiant reunion between Rachel Nicholls’s Jenifer and Robert Murray’s Mark. The versatility of Nicholls’s voice in particular struck me, phrasing always excellent, different colourings and moods always on dramatic point, and the extraordinary coloratura with which Tippett blesses or saddles her despatched without fear. Jennifer France and Toby Spence made for an outstanding ‘second’ couple, in reality no more secondary than their Mozartian model, at least if one imagines a greater role for Papagena than she actually receives. All impressed, but I shall give final mention to the dignity of Susan Bickley’s mysterious yet ineffably human She-Ancient.

From dim recollection of the only other performance I have heard, the 2005 Royal Opera revival under Richard Hickox, I should say this was more incisive, colourful, and generally impressive, though it may simply have been that I was more receptive this time around. My preference for Tippett’s King Priam has not been dislodged, but I think I have come to appreciate the great merits of this ambitious and engaging work as well as its more peculiar singularities. Above all, I felt that something might truly be at stake, and that part of that something was the gift of music. 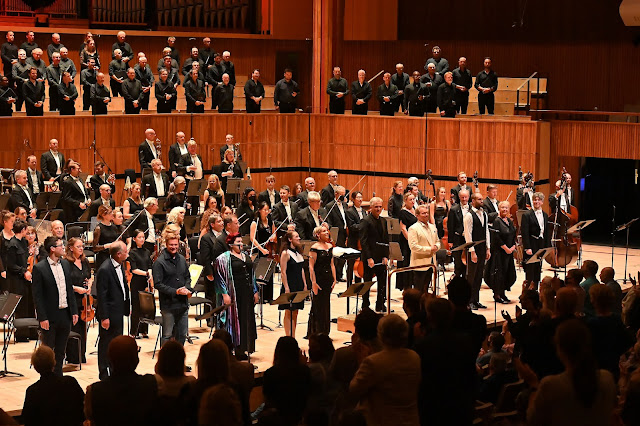