HGO (formerly Hampstead Garden Opera) has been one of the musical heroes of the pandemic. Last year, it brought opera back to London with Holst’s Savītri; this year, it was one of the first to bring it back again, with Cavalli’s L’Egisto. Now, in a new production from the director of Savītri, Julia Mintzer, and in a return to the company’s ‘home’ at Jackson’s Lane Arts Centre in Highgate, we have perhaps the most beloved opera, most central to the repertoire of all: The Marriage of Figaro.

It used to be said that one could not go wrong with Figaro, at least in terms of staging. Don Giovanni was the director’s graveyard, largely because directors ignored its theology and treated it with one-sided psychological realism. Latterly, though, a good few stagings have shown it is possible to make just as much a mess of its predecessor. Not this one, though, far from it; its path proves thoughtful, surprising, and in the best sense provocative. Had I been asked during the interval where it was heading, I should never have guessed. There was a welcome dose of matters that lie beyond individual rationality—the socio-political and what I think we can call the Freudian. That did not come, however, at the expense of the basic necessities of character delineation and development, whose expression is of course the achievement not only of the production team but of the young artists on stage too. What matters is how things come together—and they came together very well. 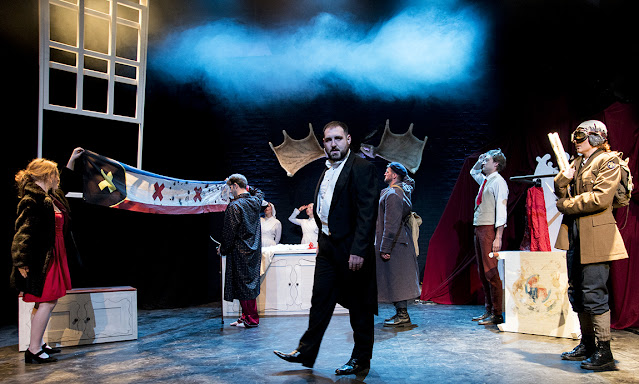 Initially, we seemed to have a more or less conventional updating to an English country estate of the early twentieth century, which dating became clearer, as the work progressed, to the time of the Great War. As soon as one truly watched and listened, though, it became clear that this was far from conventional. An eye for period detail, creditable in itself, also suggested haunting by the past—perhaps even by the broader Enlightenment project that had led there and of which this opera may be considered part. The Count’s injuries—we see him either with cane or transported by sedan chair—would seem to have been sustained in prior action, relived a little too enthusiastically by the guard (Antonio) on the estate. Figaro, as his valet, shared in some of that haunting too. The Countess mourned her youth, of course, but may also have been mourning a civilisation that has collapsed and yet which all onstage, in their way, continue manically to celebrate. Laudanum helped, or probably did not—but was widely available to all.

And so, the delirium of war, when it came, was both a natural development and that which has most been feared. The strobe lighting chaos it wrought at the close of the third act—marriage ceremonial itself—is psychological as well as political, throwing up the characters, their affections, and their impulses, and seeing where they land. The fourth act worked out some at least of the consequences. Its final scene needed to celebrate similarly: both as reasoned necessity and as something that, like the final number of Cosí fan tutte, rang hollow and yet true. English titles generally offered straightforward translation, sometimes supplemented by updating and commentary: perhaps in some sense also visualising workings of the unconscious.

The score, slightly cut beyond the norm, was presented with commendable alertness and cultivation by a small band of soloists (two violins, viola, cello, flute, oboe, clarinet, bassoon, horn, timpani, and synthesised harpsichord) in an arrangement by Jonathan Lyness, conducted by Thomas Payne. Tempi were often, though not always, brisk, yet eminently capable of flexibility too, the Countess’s final words given notably slowly (indeed, as we shall see, tragically). There were a few occasions when instrumentalists and singers drifted apart, but Payne ensured that they came back together quickly. There seemed every reason to expect minor first-night infelicities to be ironed out later in the run. 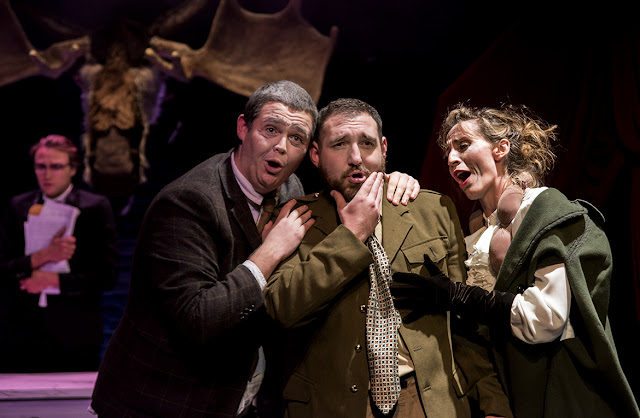 Heading the cast were a fine Count and Countess Almaviva. Thomas Chenhall as the former was proud, virile, and crucially wounded within and without. His third-act aria proved uncommonly successful in conveying the crucial seria element to the Count’s musical identity. Camilla Harris’s Countess truly had one sit up upon her vocal appearance—what wonderful cunning on Da Ponte’s part to save his trump card until the second act—in a performance as beautifully sung as it was intelligently presented. Louis Hurst’s Figaro and Shafali Jalota’s Susanna were keenly observed throughout, properly animating the entire action from within. As Cherubino, Esme Bronwen-Smith captivated though force of personality and similar attention to detail. Martins Smaukstelis did likewise as Basilio, an intriguingly chameleon-like portrayal, boasting notable ease in Italian as well as a finely expressive face. The very different, more diffident impression presented by his Don Curzio confirmed the individuality of portrayal. All the cast contributed, though, to a fine ensemble performance very much greater than the sum of its parts. Hector Bloggs and Becca Marriott carved out a Bartolo and Marcellina of genuine depth, no mere buffa caricatures. Owain Evans and Astrid Joos made much of their roles as Antonio and Barbarina, as even did the Bridesmaid (Phoebe Smith) and additional chorus members (Anna Simmons and Angela Yang). 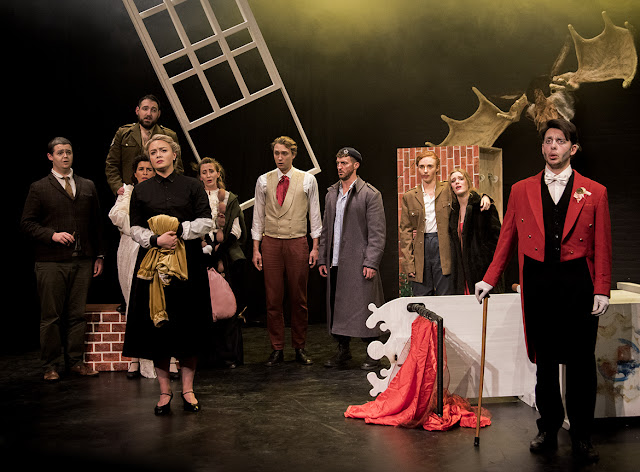 Could there, then, yet be emancipation, even liberation? Perhaps, if only in the moment. A nice touch, pregnant with meaning, was the Countess assuming Susanna’s (presumed) soubrette voice, a mere caricature, to Susanna’s horror. There remained a social gulf between them. Basilio’s final leap into the arms of Antonio suggested other possibilities, not least in the wake of wartime chaos. That said, the weight of past, present, perhaps even future could not be disregarded. Long after the final chord, one remained haunted by the devastation on the Countess’s face following her closing (false) benediction. In this Freudian Figaro, God is dead, which calls into question her words of forgiveness and implicit redemption and is certainly not the case with Mozart and Da Ponte. If, however, they can still offer something in the moment, as well as recognition that things are never quite so straightforward as schematic explanations of human behaviour would have us believe, the work and its authors, above all Mozart, remain productive and provocative as ever.