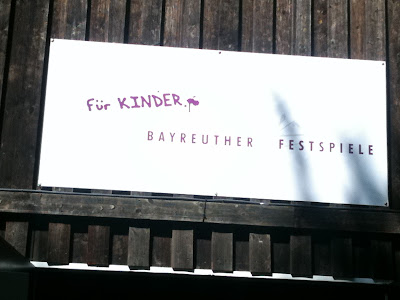 After the preceding night’s Tannhäuser, this condensed Ring for children came as something approaching an unalloyed delight. Moreover, I cannot resist noting how much better behaved the mostly young audience (some members looked as young as six or seven years old) proved than its adult counterpart, no pretension, boorishness, or other exhibitionism. The children were captivated, and rightly so, not only on account of Wagner’s achievement, but also on account of the estimable performers’. Nor should one forget the skill with which the version performed was put together: Hartmut Keil, Maximilian von Mayenburg, and Saskia Bladt having almost achieved the near impossible, in presenting an accessible but never condescending Ring for children, with reduced orchestra, in a little over two hours, a twenty-minute interval included. Only in Götterdämmerung, perhaps unsurprisingly, does the pace come to seem unduly rushed, especially in terms of some awkward musical transitions. The wonder is, however, that the preceding dramas do not exhibit such signs. In many ways, this seemed a much more satisfactory reduction than that the Longborough Festival attempted a few years ago: there one really did feel the loss of what was missing.

Though music has the upper hand, there are passages of spoken dialogue too, turning the Ring into something of a Singspiel. Wotan emerges as something of an adventurer – not inappropriately – with Loge as his adviser. They introduce themselves before we meet Alberich and the Rhinemaidens. A fun touch is to have the latter as ice-skaters, Alberich fumbling in contrast. Loge is clearly a god of fire: he takes fire from his hat, and uses it to various ends. A gleaming tenor horn is employed to represent the horn: resourceful and quite beautiful, the ring itself emerging from inside. Giants’ faces appear as video projections on the wall. A group of Nibelungs (children) help Alberich with his Nibelheim transformations: a good deal more convincing than many I have seen. Mime’s Siegfried kitchen will be recognisable and meaningful to all – and Siegfried elicited delight amongst the audience in forging the sword there, especially when he grabbed a spare violin from one of the orchestra’s music stands and added it to the mix. The ending with Hagen, Alberich, the Rhinemaidens, and a snow storm, clearly enchanted a good many. There are a good few characters missing of course, not least Fricka, Erda, Gunther, and Gutrune, but the story-telling is clear, a credit also to Mayenburg’s imaginative production, full of wonder for the children – and for the rest of us. I was genuinely moved. This, I think, is a stage director who deserves to go far. Ismael Schott’s lighting is constantly attentive to the needs of the story, the changing colours of Brünnhilde’s rock a delight without attempting to steal the show. There are (very) occasional dropped stitches, for instance Brünnhilde’s reference to Grane, who has never been mentioned or seen, but I doubt that anyone cared. To be spared tedious sub-Brecht sloganeering and to present a version whose imagination is unleashed by Wagner, rather than in puerile rebellion against him (or worse still, just ignores him), is refreshing indeed.

Keil directed the orchestra with equal measures of verve and sensitivity. There was a true sense of discovery, to which one could not help but notice the children responding. He was helped by a fine cast of young singers, whose quality of voice needed no apology whatsoever. Markus Eiche was a young-sounding Wotan, fittingly for the way in which the character was portrayed, but he certainly did not lack heft. The same could be said of the giants, played by Friedemann Röhlig and a real find, Marek Reichert. Stefan Heibach had a considerable amount to do, as both Loge and Mime, proving as fine an actor as a singer. If Norbert Ernst sounded more of a Siegfried than a Siegmund – at least in a small performing space – he certainly convinced as the former, and about how many singers can one say that? There was not a weak link in the cast, the Rhinemaidens luscious, Rainer Zaun a nasty, villainous Alberich, Mario Klein dark and dangerous as both Hunding and Hagen, and Sabine Hogrefe a lovely, touching Brünnhilde. We shall hear more from many of these artists, I am sure.

How I wish that I had had something like this to see as a child. A DVD is promised. 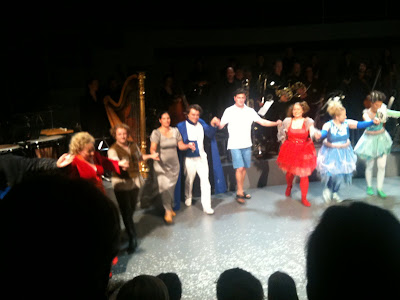