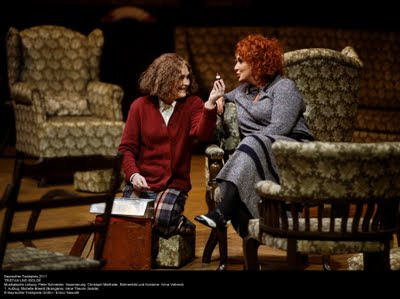 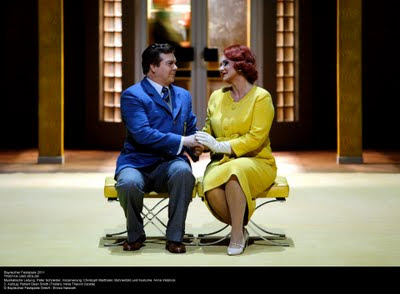 Over the past few years, I have seen and heard a good few performances of Tristan und Isolde. Only one has satisfied in terms of stage direction, namely that of Harry Kupfer for the Staatsoper Unter den Linden. Before that, I have to go back to the late Herbert Wernicke’s intelligent, abstract – and generally unloved – production for Covent Garden. Some found Christof Loy’s successor production more ‘radical’, but for me it exemplified a failure that lies at the heart of so many stagings of the work, an inability to understand that humility here is a necessity rather than a mere virtue. The necessity, if I may repeat my words concerning Kupfer’s production, is ‘to do very little, not something that comes easily to many directors. And by saying “do very little,” I do not suggest reliance upon a superficial, empty minimalism, for, at the same time, something must be done. A concert performance could certainly work, up to a point, and would be vastly preferable to most of what is put before us, but staging nevertheless makes all the difference. Perhaps it is because, in Tristan, Wagner came closest to the Attic tragedy he so revered, that straightforwardness seems the only viable course here. (A production with masks might be an “idea” with potential.) There is no point in suggesting that Tristan is “about” anything other than what it is about, which might sound tautological and probably is, but it is certainly the case that some productions, profoundly unfaithful to a work, can succeed in turning it into something else. This does not seem to be the case with Tristan.’ Nietzsche was often wrong about Wagner, but he had the measure of Tristan, speaking not only of its ‘voluptuousness of Hell’, and needing to handle it with gloves, but of Wagner’s ‘opus metaphysicum’. If Tristan does not seem the most dangerous work of art ever created, one that could, as Wagner feared, drive audiences mad were it to be accorded a good performance, than something has gone terribly wrong; it has been diminished to no good end. 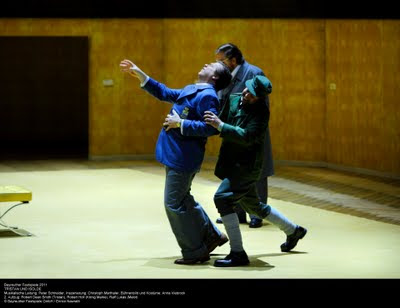 Christoph Marthaler does not irritate so much as Loy (at least we do not have Kurwenal and Brangäne mauling each other behind the curtains) or indeed as Claus Guth (for Zurich), but like them, he essentially transforms a metaphysical drama into a bourgeois drama. Part of the problem with all three directors, and indeed many others, would seem to be a lack of interest in Wagner’s music. What might work if Wagner had simply produced a spoken text rarely does so when one is dealing with a music drama. For in Tristan above all other works, it is the music that has priority, sometimes even chronologically, but more importantly in metaphysical terms. We are not really dealing with individual psychology, but with the catastrophic surging of Schopenhauer’s Will – or at least of something close to Schopenhauer’s conception of that primal force of energy (not to be confused with human will as generally, indeed properly, understood). Wagner is not the only guide to his œuvre, but he is surely worth and occasional hearing. It probably therefore ought to interest directors that, when providing his own summary in 1859, he did not even mention an ostensibly important phenomenal event such as King Marke’s act of forgiveness. The action, Wagner implies, is not really of this phenomenal world at all, but metaphysical. Even Tristan’s agonies go unmentioned on the way to ‘redemption: death, dying, destruction, never more to waken!’ (Erlösung: Tod, Sterben, Untergehen, Nichtmehrerwachen!)

What we have from Marthaler are instead three scenes of resolutely anti-metaphysical, anti-Romantic drabness, in which a story of undoubtedly damaged human beings. (I cannot comment on what difference, if any, Anna-Sophie Mahler’s revival direction made to Marthaler’s original conception; though the latter is available on DVD, I have not seen it. ‘Marthaler’, then, should generally be considered as shorthand for something that may or may not have been more complex.) Now no one in his right mind would deny that Tristan and Isolde are damaged human beings, but the question is whether that is the point of the drama, or, if you like, whether it is a point that may be made credibly in a production of the drama, a production that does not become merely reductive and deny Tristan its musico-dramatic power. I am not sure that a case has been made. The first act takes place in what appears to be an especially ‘institutional’ care home for the elderly. (Perplexingly, the central protagonists look younger in subsequent acts.) The décor could not be more depressing, doubtless a tribute to Anna Viebrock’s designs, if not to the Konzept. Certain forms of obsessive behaviour manifest themselves, for instance Tristan and Kurwenal’s odd hand movements, and the turning upside down and back up again of chairs. There is an almost Beckettian feel of waiting for Marke – who does not, in defiance of Wagner’s directions, turn up at the end of the act. Meanwhile, Wagner’s music tells a different story. Marthaler seems not so much to set his production against Wagner as simply not to have any interest in him.

The second act remains in the home, but the 'lovers' have smartened up a little and Marke’s visit finally does occur and the lovers have smartened up a little. True to apparent intent, he resembles Isolde’s beleaguered carer. In a nice touch, though, he buttons up her coat, the only sign that there may have been any feelings, let alone deeds, of passion. Tristan does not proceed even as far as that. We are told, perhaps correctly, that geriatric sex is all the rage; this did not seem worth the effort. Lights flicker on and off, presumably a nod to the distinction between Light and Day. Isolde points at them with the air of one suffering from mental affliction. Kurwenal very slowly makes his way around the multitude of light switches, to no avail. Is the problem that the home did not enlist the services of a decent electrician? There is one further moment of genuine dramatic power, when Melot, having grabbed Marke’s penknife, the stabbing having occurred – as it should, Tristan compelling Melot to stab him – Melot places it back in Marke’s hands. More chilling moments like that and the anti-metaphysical might have had more going for it, though I suspect the action would merely have seemed cluttered. 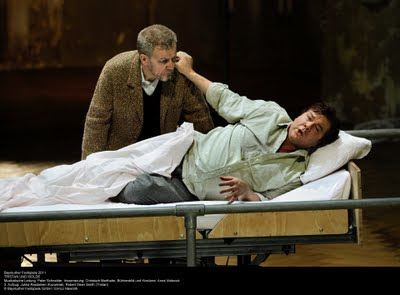 Then it is off to the hospital bed for the third act. Tristan’s bed is a peculiar thing: at one point it rises up, apparently by itself, to permit him to wander around. Problems with the lights follow him around, it seems. After Isolde’s arrival, whatever it is Kurwenal thinks – or claims – is happening, is not. Melot and company remain standing at the back of the stage. It might have made more sense if they had never arrived. At the end of her Verklärung, Isolde attains some sort of union with Tristan by covering herself with the bed sheets he has vacated. It has taken a long time for something not very interesting to happen. By contrast, what could be of more interest than what is probably the single most staggering operatic score ever written?

How did the score sound then? Peter Schneider did not scale the heights, but nor did he plumb the depths. Much as one might have expected then, except that he elicited a true ‘Bayreuth’ sound from the predictably magnificent orchestra, more so than any other conductor I heard in this run. Schneider’s experience with the acoustic clearly helps greatly. Unity was achieved during the second act by playing almost everything at a uniform tempo: better than arbitrary changes, I suppose, but remembering what Böhm, let alone Furtwängler, managed, I could not help but feel this was too easy a solution, and not a little dull. Still, I have heard far worse in Tristan, and Schneider certainly did not deserve to be booed. 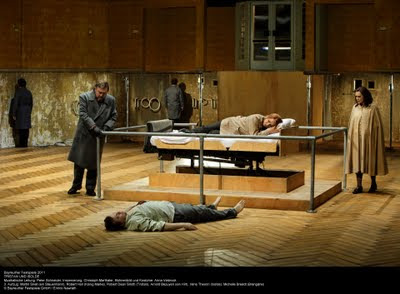 In the context, I was astonished, though relieved, that Robert Dean Smith did not receive such a barrage. At his best, he was dull and inexpressive – though so, one might say was the production – but there were times when he struggled to be heard against Isolde, let alone the orchestra. It was unclear to me whether Kurwenal bringing him a glass of water during the cruel monologue was part of the production or a response to vocal problems; however, I am told that an earlier performance had been similarly underpowered. Another disappointment was the gruff, sometimes crude Kurwenal of Jukka Rasilainen. Michelle Breedt had her moments as Brangäne, but suffered from a few intonational difficulties. Thank goodness, then, for the excellent Isolde and Marke. Robert Holl breathed as much humanity as the production permitted – and probably a good deal more – into a carefully, yet never pedantically, enunciated portrayal, which understood that words and music come together with irresistible alchemy. Would that Marthaler had achieved the same realisation. Iréne Theorin’s Isolde sometimes threatened to eat Tristan for breakfast, but that was not her fault. If there was not the same degree of verbal engagement that Nina Stemme brought to the part at Covent Garden, nor the bitter sarcasm of a Birgit Nilsson, Theorin presented a majesty and an emotional honesty that reaped their own rewards. She proved as tireless as the part demands, a signal achievement in itself.
Posted by Mark Berry at 11:13 pm