What is so difficult to understand? 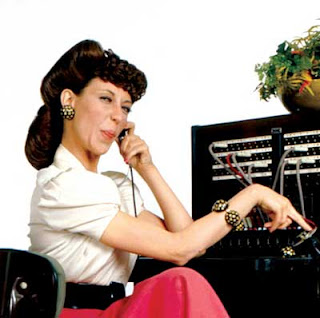 Many readers will doubtless already have heard about the latest mobile telephone incident at a concert: a New York Philharmonic performance of Mahler's Ninth Symphony - the Adagio, yes the Adagio! - eventually brought to a halt by a member of the audience who would not answer or stop the infernal noise. (Unpredictable Inevitability was my original source; here is a fuller account from an audience member.) Would that one could say that audiences behaved better in this country. Telephones are a regular blight, likewise other electronic devices - which seems often to mean hearing aids. I once saw Pierre Boulez have to wait a good minute or two whilst someone's Four Seasons ring-tone made its presence felt at the beginning of a concert: not just once, but twice. A moment of silence just before the final chord of Poulenc's Dialogues des Carmélites was no longer silence, when some selfish member of the audience at the Coliseum received a call. Then there are the shufflers, the chatterers, the openers of sweets, the snorers (yes, the snorers!), the heavy breathers - try sitting next to one of them during Parsifal - and of course the coughers. (Entartete Musik wrote interestingly on them the other day.) I am struggling to recall the last performance I attended which was not disrupted by the bronchially challenged; indeed, the last time I heard the sadly-retired Thomas Quasthoff, his Winterreise with Daniel Barenboim was well-nigh obliterated by them, so much so that Quasthoff had to make an announcement, duly ignored. (That was in Berlin, and some of the worst offenders of all I have heard in Paris, so there is no nationalism, inverse or otherwise, involved here.) Why, o why, are any of the following, utterly innocous, points of common decency routinely ignored?

1. All telephones should, without exception, be turned off during performances. If you may need to take a call, then you have no business attending such a performance. (I am so paranoid that I end up checking mine several times, generally wishing that I had left it at home.)
2. If at all possible, halls should block telephone signals during performances. (If, as some suggest, this would be against the law, then the law needs to be changed forthwith.)
3. If you have a cough, kindly make a decision whether you should either stay at home or take lozenges to stifle it. (The Royal Opera House admirably provides free lozenges.) Halls could and should help in this respect by making it easier to swap tickets for subsequent performances. Everyone understands that there will be the occasional case of someone who simply cannot stifle a cough, but these instances may readily be minimised.
4. If you do not have a cough, kindly resist the incomprehensible temptation to manufacture one.
5. Do not talk, fall asleep, engage in conversation, or do anything else that might distract or irritate fellow members of the audience. That includes the strange people who decide they need to act as if they were seated on the back row of a darkened cinema. (The pieces to which they 'erotically' respond often seem eccentrically chosen: Stockhausen's PUNKTE at the Proms?!) This is not some mysterious 'concert etiquette'; it is simply the sort of consideration that decent, and generally even indecent (see above) human beings show to one another.

Finally, should someone prove to be a telephone offender, the instrument itself doubles up usefully - and doubtless unforgettably - as a rectal thermometer.
Posted by Mark Berry at 4:35 pm