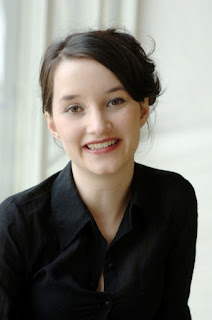 
Wigmore Hall debuts do not come much more impressive than this: a beautifully programmed ‘Song of the Sirens’ from Anna Prohaska, splendidly partnered by her regular pianist, Eric Schneider, in which the soprano’s heavy cold could happily be written off. (One really would never have known.) Not only were we treated to a stunning variety of works, whether considered in terms of language, style, or chronology, that variety proved to be the flip side of the coin to as impeccably selected and intelligently ordered a survey of the siren in song as could be imagined. Fortunately, one did not have to imagine, for a mere hour in the stalls took us from Debussy to Dvořák via Haydn, Schubert, Szymanowski, Honegger, Dowland, and many others.

It was Schneider who announced himself first in Debussy’s 1891 Verlaine setting, La Mer reste plus belle. His announcement was vigorous rather than pastel, much to the sea’s – and to Debussy’s – benefit. The same could be said of Prohaska’s voice, richer in timbre than one might expect from a high soprano: again much to the benefit of the music, and with excellent French (often, alas, a problem with singers). ‘Un soufflé ami hante la vague, et nous chante: “Vous sans espérance, mourez sans souffrance!"’ The first but far from last of our siren calls proved ravishingly sensuous. ‘Plus belle que tous, meilleure que nous!’ Who could resist? Haydn’s Mermaid Song was playful, yet seductive in its own way. The change of language – this is one of the composer’s English canzonettas for Anne Hunter, still far too little known – posed no more problem than any subsequent shift. Echoes of earlier eighteenth-century English style – Handel and Arne, perhaps – were certainly present, providing a winning link to the earlier, more serious English writing of Henry Lawes, in his lute song, Slide soft, you silver floods. The performance from both artists was not only stylish, but more importantly, highly alert to the composer’s harmonic shifts and their implications. It is perhaps inevitable that with hindsight one would think of Purcell. Two Schubert songs followed. The insouciance of Der Fischer nicely set up the dissolution of any easy opposition between ‘reality’ and ‘unreality’. Who, after all, is a siren? And for whom is she whatever we might think she is? Goethe’s voice, moreover, shone through, the sheer quality of his verse relished in its rendition. Am See conveyed a sense of the metaphysical without any need for portentous exaggeration; it was all the more powerful for that.

The ‘Song of the Waves’ (‘Pieśń o fali’) and ‘Dance’ (‘Taniec’) from Szymanowski’s Songs of a Fairy-Tale Princess were especially welcome, both for their inclusion – what wonderful songs these are, and how rarely we hear him – and for the manner of their performance, imperceptible union of eroticism and exoticism combining in a properly Szymanowskian magic carpet, harking back to the Debussy of the first song, to be sure, but the composer’s personal voice unmistakeably present. We stood close to the world of King Roger, and rightly so. Prohaska presented a combination of Carmen, Zerbinetta, and Stravinsky’s Nightingale, in ‘Dance’, and above all, seemed both to experience and to enjoy both music and text. Schneider navigated the difficult piano part with ease, teasing out the inviting ambiguities of Szymanowski’s harmonies. Already a noted Zerlina (Salzburg and La Scala, the latter under Daniel Barenboim), Prohaska then turned to a very different Don Juan fantasy, that of Mahler – although, of course, Da Ponte’s predecessor, Tirso de Molina is the writer. It is a tribute to both artists, as well of course as to Mahler himself, that the composer’s own voice, even in a song from the early 1880s, should sing out so clearly. His bitter irony is present even here, emerging from the magical world of Das klagende Lied. Haunting indeed, not least in terms of Schneider’s voicing of Mahler’s harmonic language. Wolf’s Nixe Binsefuss was properly sprite-like, capricious and not without menace, leading into a rare opportunity to hear one of Schumann’s late songs, Die Meerfee, the performance at one with the composer’s deceptive ‘simplicity’. Mendelssohn’s Schilflied, a setting of Nikolaus Lenau, not only benefited from a sense of the metaphysical, reminding us of the earlier Schubert Am See; it also showed that Prohaska, even when indisposed, could sustain a long line, musical as well as verbal virtues to the fore.

The last of the three Schubert songs featured was Des Fischers Liebesglück. Prohaska and Schneider rightly took their time, imparting a dolorous sense of longing that long haunted the imagination. Schneider’s voicing of apparent simplicity enabled detail, both in his and the vocal part, truly to stand in relief. Again, one wondered, what is reality? Should we even care, when we might more profitably, or at least pleasurably, be ensnared? Fauré’s La Fleur qui va sur l’eau showed a more tempestuous side to the composer than one often hears, both artists displaying a fine sense of dramatic narrative and metaphor. It was a delight thereafter to sample two – alas, only two – of Honegger’s 1926 Trois Chansons de la Petite Sirène, ‘Chanson des Sirènes’ perfectly placed in the programme to have one relish its relative harmonic astringency. It brought in its wake a real sense of dissolution in the waves and ultimately of the siren’s unanswerable call. ‘Berceuse de la sirène’ thereafter allowed one to luxuriate in its dangerous lullaby. Dowland’s Sorrow, stay, lend true repentant tears not only reminded one of Prohaska’s roots in early music, but crucially distilled the essence of one of our most extraordinary song-writers: sorrow, despair, and of course, melancholy. The falling ‘down’ and ‘down’ truly tugged at the heart-strings. So, in its different way, did the operatic climax, the ‘Song of the Moon’ from Rusalka, at present receiving its first staging at Covent Garden. (Prohaska sang in that production’s first outing, at the Salzburg Festival in 2008.) Once again, musical and dramatic gifts were united, in a reading poignant to a degree, a fitting finale to a fine recital, rounded off with a delightfully ambiguous encore of Wolf’s Erstes Liebeslied eines Mädchens.


See also the review on Classical Iconoclast.
Posted by Mark Berry at 10:27 pm