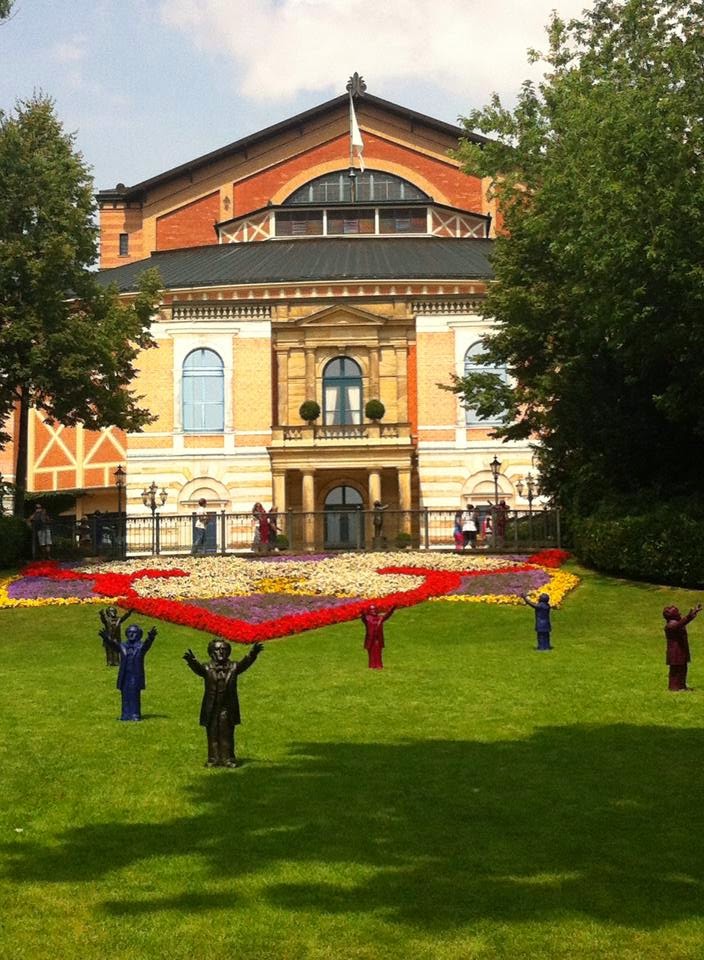 ... Philip Oltermann of The Guardian. (It is actually a report dated 31 July, but since we are dealing with journalism, what's a fact or two between friends?) A Twitter friend brought this to my attention, and it is quite staggering, even by the normal standards, clearly written by someone who knows nothing about Wagner, Bayreuth, music, nor indeed, it would seem, anything about anything else.

'Long considered the embodiment of German high culture...'
By whom, and in what sense? I cannot recall having heard anyone speak of it in such terms, insofar as those terms might be considered meaningful.

'Bayreuth's opera festival is becoming more notorious for its scandals than its music...'
'Becoming'? Do you know anything about the history of the Festival? Have you perhaps heard of the Third Reich, of Winifred Wagner, or indeed of a host of controversial stagings, at the very least from Wieland Wagner onwards?

'Director Frank Castorf's radically deconstructed six-hour production of Wagner's Ring of the Nibelung was met with boos and jeers when it premiered at Bayreuth last year...'
So now you are talking about something that happened last year? In what sense is this conceivably a news item?


That is quite enough for now. I really cannot be bothered with the rest: poorly digested, if at all, from other reports... (There is, though, serious competition from an error-laden, almost comically reactionary piece - 'horrible modern-dress concepts that have become the bane of every opera lover's existence' etc. - in The Daily Telegraph on the Munich Opera Festival, should you really wish to seek it out.)


Alternatively, you might spend your time more wisely listening to this: