The greatest opera of the twentieth century? Without a shadow of a doubt, which is strange, given a century overflowing with operatic masterpieces. I have never been to a performance of Wozzeck that has not left me reeling, even when miserably conducted by Antonio Pappano; this visit from the Zurich Opera, giving its new production in concert, was no exception. It was, despite the indisposition of the anticipated Christian Gerhaher as Wozzeck, at least as strongly cast as any I have heard, and benefited not only from excellent playing from the Philharmonia Zurich but, of course, its presence on stage rather than in the pit.


One reservation, which I shall get out of the way first: the conducting of Fabio Luisi. Luisi’s career is a mystery to me. I heard him once, as a short-notice stand-in for Christoph von Dohnányi, give a truly excellent performance of Schubert’s ‘Great’ C major Symphony; such success has never in my experience been repeated. (Perhaps it was Dohnányi’s performance the orchestra was really giving?) Otherwise, it has been workmanlike performances without exception. I suppose it takes some degree of skill to have the audience in no doubt where every bar line falls, but Luisi’s bar-to-bar approach and seeming inability to go beyond a purely literalist communication of the notes on the page are really not enough for Wozzeck, not enough indeed for any score.


That the orchestra’s playing was of such a consistently high standard throughout, from cultivated chamber-like playing to shattering climax (d-Moll!) offered considerable compensation, not least because in such a concert setting, one appreciated Berg’s closed forms and their astonishing musical invention all the more. That Wozzeck is, amongst so many other things, as great a musical masterpiece as Pierrot lunaire has never, in my ‘live’ experience as opposed to studying the score and recordings at home, been quite so utterly apparent. Indeed, I could not help but wonder whether Stravinsky might just as readily have chosen Berg’s score as the ‘solar plexus of twentieth-century music’. Nevertheless, it remained a pity not to have a more imaginative, probing conductor, who could have turned the musico-dramatic screws, or even shown some appreciation of what and where they were. 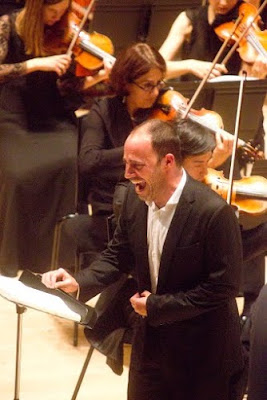 The loss of Gerhaher turned out to be no loss at all. Indeed, although I was certainly curious to hear what a voice of such beauty would have made of the role, I cannot believe that the dramatic achievement of Leigh Melrose’s portrayal could possibly have been superseded. Melrose’s Wozzeck in English remains unforgettable, like much else from ENO’s brilliant Carrie Cracknell production. Here, he showed that, in the original language, his match of verbal and musical acuity with first-class acting – yes, although this was a ‘concert’ performance, much of what we saw as well as heard was in character – could, if anything, penetrate still deeper. Much nonsense has been spoken, probably more often written, about Fischer-Dieskau’s allegedly too ‘intellectual’ assumption of the role. One needs a mind to be able to understand and to communicate the darkest, most profound reaches of Berg’s – and of Wozzeck’s. This Wozzeck was as thoughtful and as sensitive as he was downtrodden and, ultimately, angered. Melrose’s appearance in Francesconi’s Quartett at the Linbury Theatre also remains lodged in the memory; quite why Covent Garden does not offer him a role on the main stage is a mystery to me. 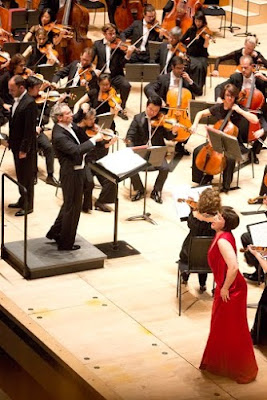 Wozzeck’s final confrontation with Marie was not the least of the moments when tears involuntarily came to my eyes. (Inevitably, the final scene was the most gut-wrenching of all.) Gun-Brit Barkmin offered an equally fine portrayal of her role. Her Chrysothemis in Semyon Bychkov’s Proms Elektra last year gave British audiences an inviting taste of her artistry. This all-enveloping performance, from siren (anticipations, not least in the Louise Brooks ‘look’, of Lulu?) to terrified, guilt-wracked victim, unabashed sensuality and genuine maternal protectiveness in complex coexistence and conflict, lived both in the moment and in Berg’s astonishing depth of character development.

The cabaret-duo of Wolfgang Ablinger-Speerhacke’s Captain and Lars Woldt’s Doctor, high camp never at the expense of solid musical values, was at least as fine as any I have seen. They really should have their own ‘spin-off’ work. Brandon Jovanovich offered a Drum Major as repellent and yet as alluring in his masculinity as any I can recall too; the sheer power of his vocal delivery had all quake before him. Every member of the cast contributed to a greater whole; here, the advantages of having rehearsed and performed on stage prior to performance were abundantly clear. Last but not least, I must mention the astonishing heft and clarity of the choral performance, again doubtless benefiting from not being dispersed around the stage. Echoes of Weber, turned horribly sour, can rarely have been so disturbingly apparent. 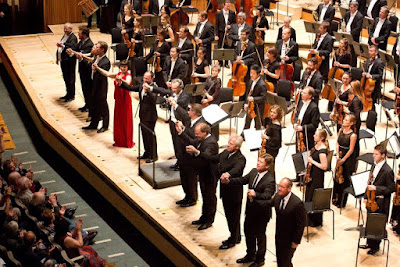