Opportunities to hear, let alone to conduct, Gurrelieder do not come along very often. Simon Rattle must have had more of the latter than most. What a way, then, for Esa-Pekka Salonen to approach his sixtieth birthday, with a work he had conducted so successfully with this same orchestra, the Philharmonia, in this same hall, not far off a decade ago. (That performance was recorded, and released on Signum Classics.) 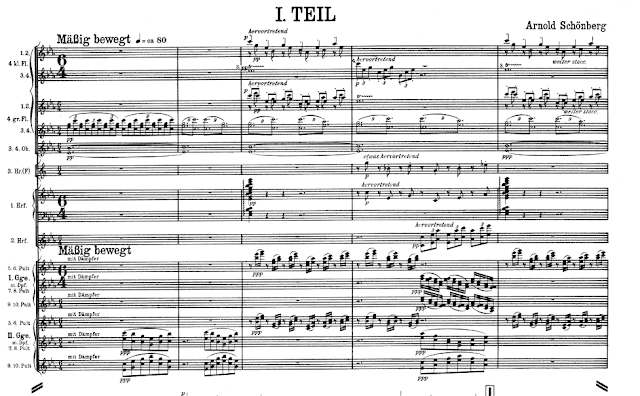 The opening Prelude glistened, lacking nothing in warmth or almost pointillistic potential. Salonen was no more likely to wallow than Boulez might have done, and all the better for it. Here one heard – almost saw – water and ice. It flowed, ran, even stood with commendable flexibility, suggestive of a tone poem (which, in a way, it is, even when words intervene). Particularly intriguing was his orchestral balancing, subtle yet telling, highlighting yet never exaggerating the music’s darker undercurrents: pitch, timbre, harmony. The later Schoenberg is not so far away: one only has to listen. This was music after Götterdämmerung as well as after Tristan: unquestionably ‘after Wagner’, in far more than the most obvious ways.

Alas, Robert Dean Smith’s Waldemar often proved something of a trial. An older-sounding Waldemar is fine, repeated uncertainty of pitch rather less so. For much of the first part in particular, he was at best effortful, an especial pity when Salonen proved so adept at balancing those tone-poem, even symphonic tendencies (Pelleas und Melisande often came to mind) with the music’s roots in the song-cycle tradition. (Schoenberg’s first conception had been of a shorter cycle for voice and piano. Zemlinsky would recall that the songs ‘were wonderfully beautiful and truly novel – however we both had the impression that, on that account, they had little prospect of winning a prize.’) There was no denying the through-composed nature of Schoenberg’s writing, but nor is there, after all, in what we generally consider the very first song-cycle, An die ferne Geliebte. Fortunately, Camilla Tilling proved far more able than Dean Smith not only to ride the orchestra but also to make something of the words and phrases, although, to be fair, when foretelling his haunting, this Waldemar proved more convincing. There was plenty elsewhere to ravish: not least the combination of delicacy and splendour from Tilling and upper strings as Tove bade her love join her in raising golden goblets, Tristan-like, albeit with a decidedly æstheticist twist, to mighty, beautifying death (dem mächtig verschönenden Tod). It seemed telling and indeed touching, perhaps indicative of Salonen’s plans for the Ring, that the chords presaging and indeed furthering Tove’s departure from the stage echoed so clearly in combination of harmony and timbre the magnificent, malevolent world of Hagen.

Michelle DeYoung entered stage-right as if a figure from Klimt. (I know it is far too obvious an association, but demeanour and dress were so strongly suggestive that I shall indulge myself.) Jill Crowther’s English horn recalled to us an alte – or perhaps better, an ältere – Weise. Yet even before the Wood-dove sang, Schoenberg’s interlude had proved a kaleidoscopic realm of love and terror, love as terror; she only put it into words – but how! – what we (mostly) already knew. DeYoung offered a song variegated dramatically as well as tonally, almost a little – well, not so very little – cantata in its own right. Her richness of tone against the darkness of harmony and orchestral colour both reminded us of Salonen’s and Schoenberg’s presentiments at the opening, whilst leading us to a shattering climax. Tod/death: after that, life could only fade away – or could it?

The opening of the Second Part quite rightly sounded as if a digest of what had gone before – only, as it would in one of Wagner’s narrations, be it verbal, orchestral, or both, with difference of detail, of standpoint, of import. Dean Smith proved more imploring than angry, but that worked in its way. The aftermath of Waldemar’s outburst was shockingly prolonged – in the best way – by Salonen. Monumental was the word for it.

Variegation again proved the key to the Wild Hunt. Neither here nor elsewhere was there any absence of power to the outstanding massed choral forces, but heft is not enough, nor did it have to be. Salonen ensured an array of colour, even when Schoenberg apparently confronted him and us with blocks of sound. The terror of the first ghostly cry, in reaction to, or perhaps oblivious to, the handsomely dark bass-baritone observations of David Soar’s Peasant, proved quite something: several leagues beyond anything to be heard or even imagined in Der Freischütz. The proper entry of the chorus sounded like nothing so much as Götterdämmerung on acid – which it essentially is. It was, however, the aftermath that truly chilled. So much is in Schoenberg’s scoring here, yet I do not think before now I had quite realised how much. Dean Smith at last recaptured something of Tristan’s delirium, movingly so, as the orchestra seemed to engage in act of self-dissolution – again, as much in timbre as in harmony, before reconstituting itself for what was yet to come.

Wolfgang Ablinger-Sperrhacke’s Klaus-Narr perhaps inevitably suggested Mime: even his orchestral ‘introduction’ seemed to do so. This seemed, however, a more ambiguous ‘character’ still, transformations in mood and/or self-projection of mood disconcertingly yet, in their way, honestly quicksilver. His reflections on – mocking of? – salvation rightly left one uneasy yet wanting to know more. ‘Dann muss ich eingehn im Himmels Gnaden… Na, und dann mag Gott sich selber gnaden.’ Sepulchral chorus and brass alike soon eerily set against piccolos, set the stage, so it seemed, for another orchestral rebirth, now very much an ensemble straining towards Pierrot lunaire. Nothing would ever be the same again – and perhaps, just perhaps, such had been the work of this ‘fool’. 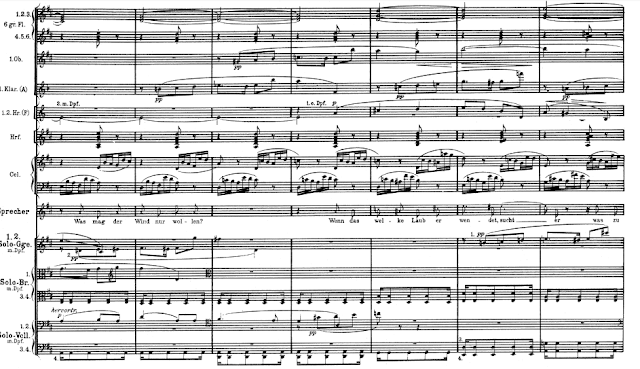 Step forward Barbara Sukowa, as spellbinding as she had been for Salonen in 2009 – or indeed for Claudio Abbado on his Vienna recording. This Speaker was delirious, yet delightful; or was that our æstheticising something too close for comfort? Not only Pierrot, but a whole century’s worth of music thereafter flashed before our ears. ‘Still! Was mag der Wind nur wollen?’ Did these hallucinations, if that be what they were, speak of a bad or a good trip? Schoenberg, as so often, resisted the either/or. Violin and clarinet acknowledged Wagner once again, now the Siegfried-Idyll, paving the way to Schoenberg’s final, glorious, yet ultimately never quite convincing paean to the sun(god). We revelled in that final chorus, yet, whether or not we wished to do so, could never quite shake off those intimations of the ‘air of another planet’. The future was both upon us and not. Schoenberg’s time had come.