Easter Sunday in one of the most strongly atheist cities in Europe: it must be time for Calixto Bieito’s double-bill of Gianni Schicchi and Bluebeard’s Castle. And whilst it was difficult to find much prospect of resurrection, let alone Resurrection, what an enthralling evening it turned out to be. Both works were premiered in 1918, but beyond that, have little in common, contrast being more the order of the day. But the production, especially its designs, and those too-oft-unsung heroes of the opera house, the stagehands, did a magnificent job in bringing them together – if only ultimately to keep them apart. Performed without an interval, there is only a very short break. Little, apparently, has changed. The curtain rises to reveal the room in which Gianni Schicchi, the Florentine ‘trickster’ has comedically triumphed, following the death of Buoso Donati. Bluebeard and Judit seem initially to have triumphed, only for all to turn inexorably to tragedy. 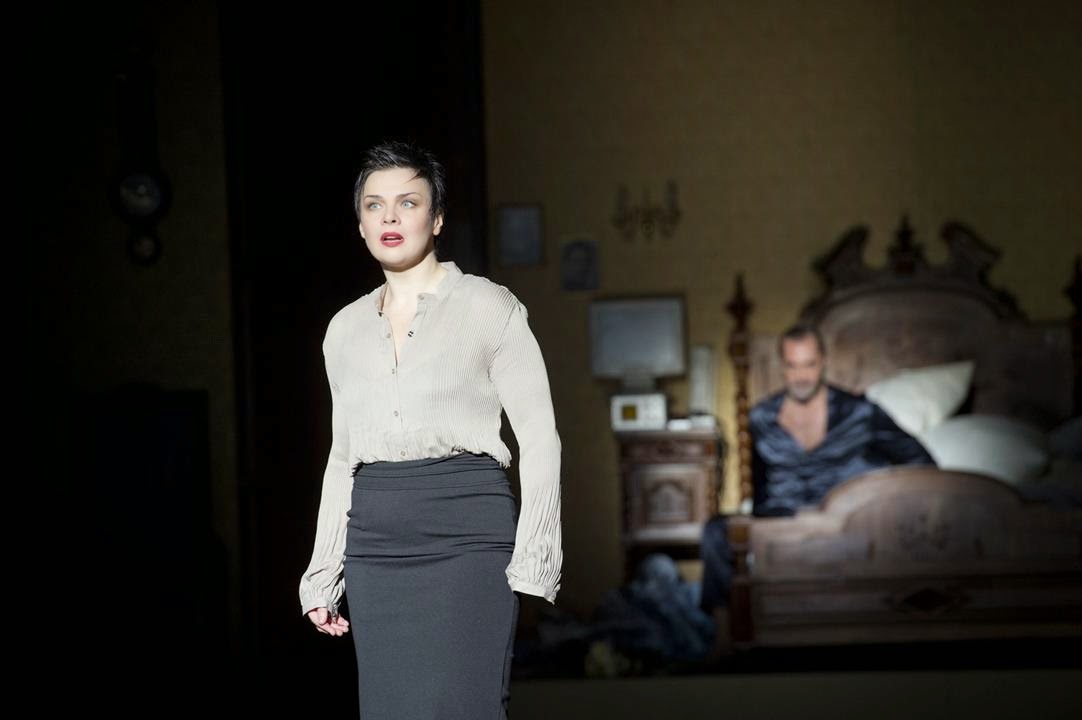 The first opera fully inhabits an updated spirit of commedia dell’arte, ‘Europe’s oldest tradition of comedy,’ as Bieito comments in a programme booklet discussion. It is difficult to imagine any sense in which the work is fundamentally ‘about’ fourteenth-century Florence; its import is certainly more universal here. There is riotous earthiness, much as one expect from both director and company. So there is in the tradition in which it partakes. And whatever Puccini may have been, he was no prude. A gloriously bad-taste view of modern Italy – Bieito cites the ’60s and ’70s Spanish and Italian films, loved by his father, of Alberto Sordi, Vittorio Gassman, and Alfredo Landa – reigns, but as a frame rather than unwanted determinant, for the equally bad-taste antics of the squabbling relatives. As ever with this director, whatever one thinks of his ideas, there is no doubting the mastery of his craft; everything is clearly as it should be, and indeed there is probably too much to take in on a single viewing, just as there would be in ‘real life’. The filmic – or indeed ‘stagey’ – falling still of the characters in ‘O mio babbino caro’ shows it not as the fly in the ointment I once took it to be, but as a wry send-up of the sentimentality of a tradition that ensnared Puccini at least as much as it inspired him. The notary’s stamping of each clause of the will upon the back of his assistant, and the latter’s outrageous expressions of pain and anal pleasure is but one vignette; Rinuccio’s enjoyment of Lauretta (later clearly tempted by the aforesaid assistant) outside the window before they climb back in is another. You will either love or hate it, but cannot doubt the brilliance of the accomplishment. I found it more enthralling than any other staging I have seen. 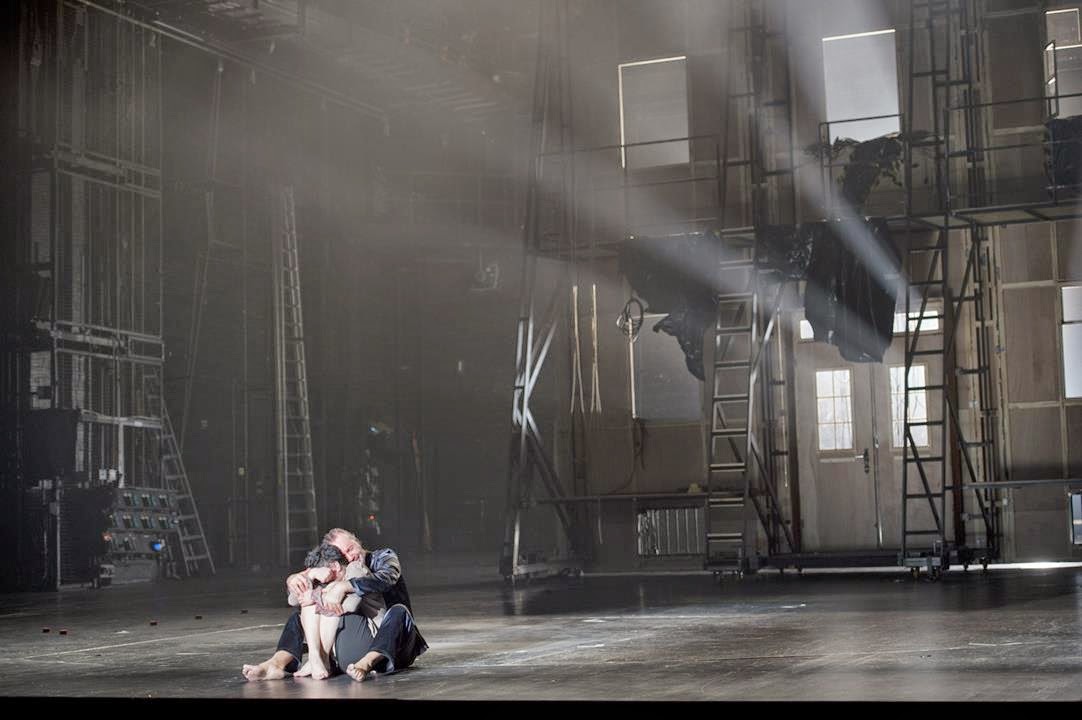 At first, one thinks that there will merely be clever re-use of Rebecca Ringst’s set, dark, brooding emptiness substituted for Italian religious tat and ‘valuables’. But the conception is better than that. As the tragedy deepens, as Fate does its terrible work, walls move and new scenes present themselves, the mechanics dealt with superlatively. We do not see what lies behind each door; such would only lead to the gravest disappointment. In that sense, and despite my regret that I had long thought the work stood in little need of staging, this remains theatre of the imagination. Certainly ours, and maybe theirs. Yet we see a good deal of the castle, itself surely an important ‘character’ in its own right, although quite rightly, secondary to the antagonists. The castle is a setting, but also an intensification, of the searing struggle we witness, one of the most compelling psycho-dramas I have ever seen. Sado-masochistic, soaked in blood, a deadly serious game: I am not sure that any description can come close. Suffice it to say that Bieito penetrates to the very heart of what is going on in this extraordinary work, screwing up the tension like none – at least in my experience – before him and never letting go. One small example: the way they hide and exchange clothes, seeking to learn something, yet only adding to the sanguinary descent into madness and beyond. Nothing is added, but somehow the drama is set free. 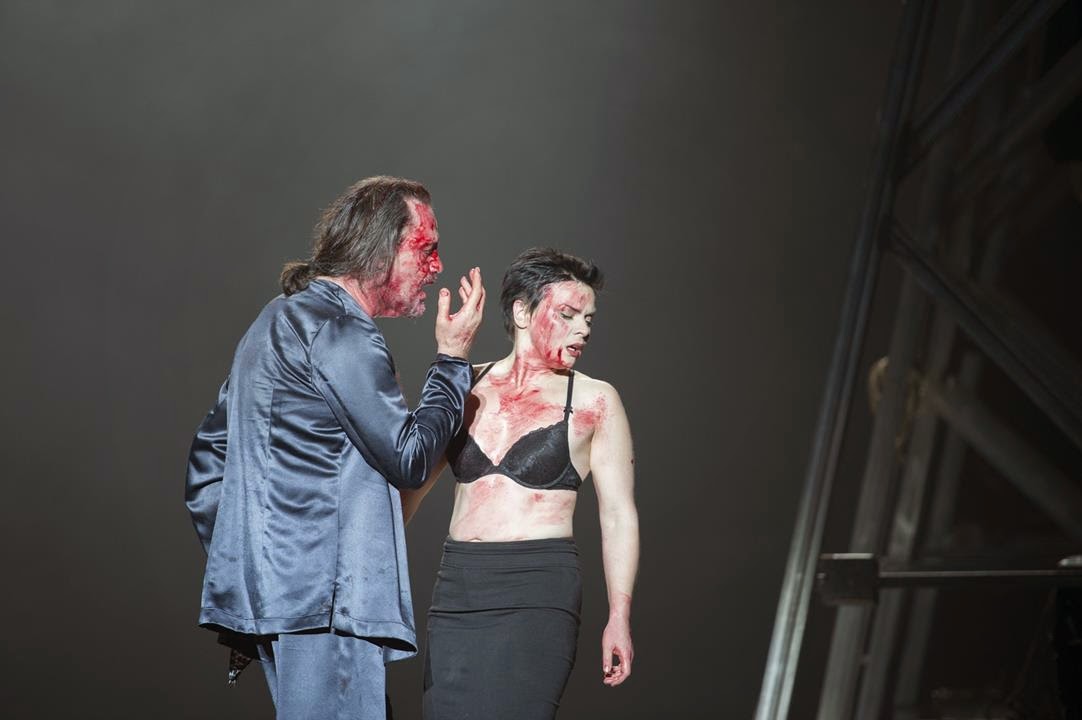 That would be nothing, of course, without singers able to inhabit the roles as overwhelmingly as we saw and heard. Gidon Saks’s Bluebeard was not especially impressive in purely vocal terms; in a concert performance, one would have thought him underpowered, although his diction was beyond approach. Yet he somehow managed to project above the orchestra, perhaps at least in part by virtue of his stage presence. One felt the terror he felt as much as that he projected; one knew, almost before the text, whether verbal or musical, told us, that he had nobler intentions, yet was incapable of fulfilling them. As for Ausrine’s Judit, no praise could be too high. Hers was a complete portrayal, as distinguished vocally as on stage. She took the role to places I had no idea it could go: this was a woman driven by mysterious forces to do something she knew would end in tragedy, yet had no choice but to do. She exulted, she cowered; above all, she assumed the role – Bartók’s, Bieito’s, and hers – in every sense. 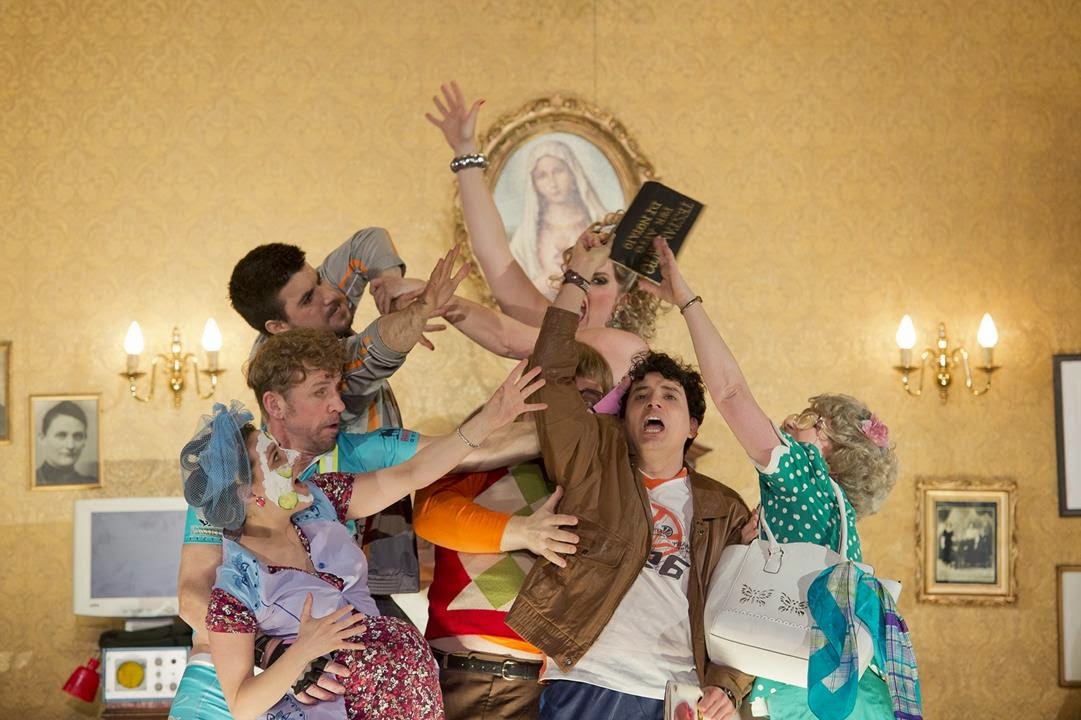 Gianni Schicchi is, of course, far more of a ‘company’ opera, and so it was here. There were powerful performances from the young lovers, an enthusiastic, puppyish Rinuccino, Tansel Akzeybek, and an adult-girlish Lauretta from Kim-Lillian Strebel. Günter Papendell proved wily and victorious in the title role. Everyone else contributed in his or her own way, the zany sum being still more than the sum of its numerous parts. Throughout, Henrick Nánási ensured an excellent contribution from the orchestra. Puccini’s scherzo’s followed by Bartók’s tragedy might sound ironically Mahlerian in the abstract, but it sounded very much of the two composers in the theatre. It was not, however, a performance which stood apart from what we saw on the stage; I heard it simply as part of the drama. That was not least the virtues of this unmissable double-bill (performed, I should note, in the original Italian and Hungarian).