‘I have always thought and still believe that he was a great composer. Maybe his time will come earlier than we think.’ Arnold Schoenberg was not always given to exaggerated enthusiasm for the music of his contemporaries; he could hardly, though, have been more emphatic in the case of his friend, brother-in-law, mentor, advocate, interpreter, and, of course, fellow composer, Alexander Zemlinsky.

I had told myself that I ought not to begin another piece on Zemlinsky with a reference to Schoenberg. In this case, however, the Deutsche Oper more or less made my decision for me, by prefacing this excellent new production of Zemlinsky’s one-act opera, Der Zwerg, with Schoenberg’s Accompaniment to a Film Scene, op.34. Zemlinsky’s one-act opera dates from 1919-21, Schoenberg’s from the close of the 20s. Much separates them: not least, though certainly not only, Schoenberg’s adoption of the dodecaphonic method. Yet they have common roots as well as kinship; the opening, additional scene to Tobias Kratzer’s staging makes that clear, despatching us – and Zemlinsky – back two decades, to a fashionable drawing room, in which the hapless, lovelorn Zemlinsky attempts to teach Mahler at the piano. Alma Mahler, that is, or rather Alma Schindler, whose rejection of Zemlinsky, depicted or rather imagined here, hit Zemlinsky hard. Alex finds Alma irresistible – many did – yet she finds him repellent, ridiculous; she pushes him away, mocks him. Kratzer makes clear that this is a way in, as much for the composer and work as for us: in no sense an explanation or reduction. I had worried that Schoenberg’s music might overshadow what came afterwards – and perhaps it did, ever so slightly – but no harm was done, and there was wit in the over-emphasis on the already prominent piano part as ‘learned’ and ‘performed’ by the figures at the piano. Anticipations of Schoenberg’s actual Piano Concerto, both from the Brahmsian and Wagnerian wings – gross oversimplification, I know – intrigued. 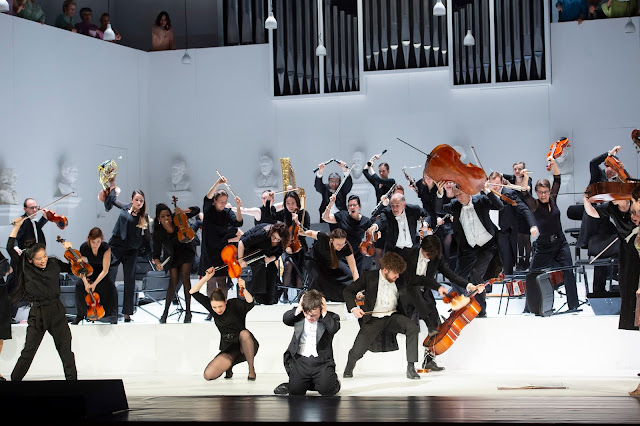 But back to Zemlinsky and Der Zwerg. We then move to the court of the Spanish Infanta: a theatre of cruelty, wonder, superficiality, and, of course, riches. It was difficult not to think a little of Salome here, not only on account of Oscar Wilde (whose short story this is). The dwarf given as the Infanta’s eighteenth-birthday present is not Zemlinsky – although Alma, with typical charity, would refer to him in her memoirs as a ‘horrible dwarf’ – but the trauma of his rejection feeds character and drama, as it had in works such as Eine florentinische Tragödie and Die Seejungfrau. Here, we see him in two different ways: as an actual ‘dwarf’, finely acted by Mick Morris Mehnert, and as he sees – and hears – himself, a musician (which he is, far from coincidentally), sung in parallel concert dress and increasingly acted by David Butt Philip. Singing is the dwarf’s act: without that, he would, as an ‘ugly’ person, be nothing. It enables him to be ‘merely’ ridiculous, in the eyes of the court. It is the crushing realisation that the child – no more than Salome is she capable of empathy, of love – does not, could not love him that has him confront his actual image, the singer at last seeing the dwarf in the mirror. Such is the central tragedy of recognition, of despair, of revulsion, of death.

Yet, as in Salome, we also sense the tragedy of the Infanta, Donna Clara. The ladies of the court egg her on; is there any way, in this stifling, stylish, ‘aestheticised’ atmosphere, that she could have become more human? (What chance, after all, did Alma have in her world of being taken seriously as a musician, as a woman, as a human being?) Images or potential images abound. For the arrival of the gift itself, sorry himself, mobile telephones are taken from the guests. How keen they would have been to relay their amusement to a wider amusement; they doubtless still will, long after the unfortunate object of their derision has been forgotten. So too do ideas of music and musicians, of art and artists. An orchestra is assembled, and quickly dissembled. Busts of artists – of men – surround the stage and even – rightly, we feel – are smashed, like some of those instruments. Is it perhaps too hopeful to install Zemlinsky’s bust centre-stage at the close, as is accomplished here? Yes – and no. That is surely the point. Zemlinsky’s time may or may not have come. 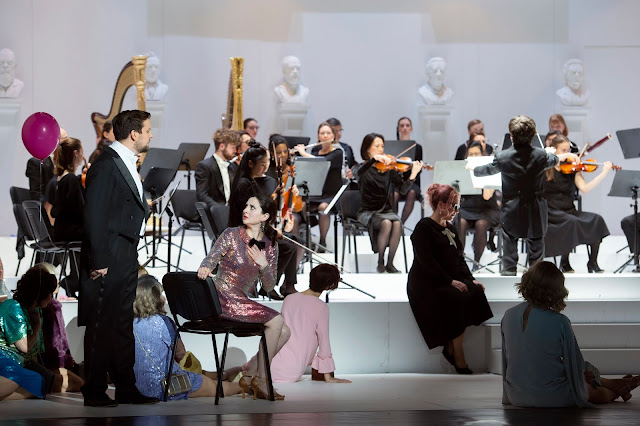 It certainly has done in terms of musical performance. Butt Philip, in surely the finest, most commanding performance I have yet heard from him, enticed and engaged. Elena Tsallagova captured to a tee the difficult balancing act in a direction that was somehow both the same and different, likewise as impressive in song as in demeanour. Emily Magee and Philipp Jekal both impressed as Ghita, the lady-in-waiting who must tell the Dwarf who he is – the Infanta lacks courage or even inclination – and Don Estoban, supposedly master of ceremonies, yet quite out of his depth. They helped us understand why, to appreciate failings that perhaps fell short of tragedy, but which certainly helped prepare the way for it. Smaller roles were all well taken, the chorus well prepared both vocally and on stage.

This was above all, though, an achievement for Donald Runnicles and the Orchestra of the Deutsche Oper – pointing us, perhaps, to the truth that it is in the orchestra that Zemlinsky is most at home. It is easy to point to what he and his music are not – Schoenberg, Mahler, Strauss… – and many would doubtless have done so again on this occasion. Here, at least, the score never quite blooms as it might have done with those composers; and, to be fair, as it does in Zemlinsky’s own Lyric Symphony. But one heard the kinship with that score in particular, melodic and harmonic characteristics never to be reduced to ‘influence’, but of a nature that we may well recognise better when the composer’s time truly has come. Runnicles conducted as if this were a repertoire work, its harmonic structure and meaning as clear, its colours as specifically delineated and blended, as if he were conducting Wagner or Strauss (or Schoenberg, etc.) There was more here, one felt, than could possibly be discerned in a single hearing. The opera’s close in the ‘wrong’ key, Mahlerian ‘progressive’ tonality turned regressive, made its own tragic point. Zemlinsky and his opera were given a voice – if, but only if, we listen. 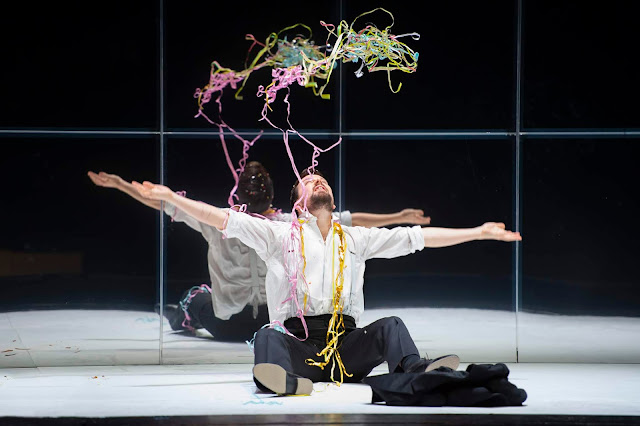 In 1959, another modernist critic, perhaps still more exacting than Schoenberg, Theodor Adorno, wrote of Zemlinsky in surprisingly glowing terms. He had ‘made more of the compromises characteristic of an eclectic than any other first-rate composer of his generation. Yet his eclecticism demonstrated genius in its truly seismographic sensitivity to the stimuli by which he allowed himself to be overwhelmed.’ We often look more warily than Adorno or Schoenberg upon Romantic notions of genius, even as our concert halls, opera houses, and much popular discourse cling to them. Once more: has Zemlinsky’s time come? What of Alma’s too? Will those questions ever be beside the point? Should they ever?