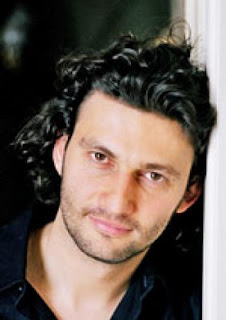 I expected a marvellous Liederabend and that is precisely what I experienced. It was a brave move to open the recital with Schubert’s Schiller ballad: no arie antiche warm-up here. Kaufmann proved an excellent narrator and Deutsch an able collaborator, putting me – somewhat oddly – in mind of a cinema pianist underlining the mood to a silent moving picture. There was, admittedly, the odd moment at which Kaufmann’s voice would doubtless have been stronger, had this item occurred later in the programme, but his versatility was announced from the very outset, alert and alive to the changing requirements of the text. I cannot pretend that I find Schubert at his most successful, but this often successful heightening of Schiller’s text is too good to lie unperformed, especially as it was here.

From Schiller’s hymn to romantic friendship, we moved to Britten’s gingerly homoerotic Michelangelo settings: intelligent programming indeed. Kaufmann is clearly very much at home singing in Italian and it was a great relief to hear Britten twice liberated – first by the text, then by the interpreter – from the confines of ‘English tradition’. Deutsch once again proved a very fine pianist, although there could be no doubt that he was playing a supportive but nevertheless second fiddle to the star of the show. The varied demands of the seven varied sonnets held no fear for Kaufmann; his mood and projection could change like quicksilver. In the final sonnet (no.24), his volume and depth of tone was so all-encompassing as to make one wish never to hear an ‘English tenor’ in these songs again. The stanzas unfolded as if in a single breath: conceptually, if not physically.

Yet the second half, all-Strauss, was better still. Kaufmann released last year an extremely well-received disc of Strauss Lieder; the justification for the reception was apparent here. He seemed more relaxed, at home, which was not so much a matter of the language as simply of his knowledge and understanding of the music. The partnership with Deutsch was clearly born of long experience and the latter certainly had his moments to shine, not least in the Lisztian piano-writing which Strauss could not, at least on occasion, quite resist. (Let us give thanks that he could not.) The ardent, Romantic quality of Kaufmann’s voice is extraordinary in itself, yet even more so is its transformation according to the text: both always itself and ever different. This could even be the case within a song – as, for instance, in the fourth of the Felix Dahn settings: ‘Ach weh mir unglücklichaftem Mann’. Here Kaufmann presented a variety of ‘voices’ and an extremely winning humour, which clearly had the audience eating out of his hand. It almost seems invidious to single out any of the songs, since they were all excellent, but the final two (at least prior to the four (!) Strauss encores), were so beautifully performed and contrasted that it is worth giving especial mention to a confiding, ineffably moving Morgen – is it everyone’s favourite Strauss Lied? – and to a virile, impetuous Cäcilie. As the encores ('Breit über mein Haupt', 'Wozu noch Mädchen soll es frommen', 'Nichts!' and 'Ich trage meine Minne') progressed, I was reminded of Kaufmann’s performance as Walther von Stolzing at the Edinburgh Festival two years ago. Then his voice had seemed ideal – perhaps more so than any I had heard in the flesh – but understandably, he had tired a little during the third act. Here it was recognisably the same voice but he appeared to go from strength to strength. It was as if he could have sung all night
Posted by Mark Berry at 11:34 am