It is not every year one has the opportunity to see two different productions of Strauss’s penultimate opera, still – still! – never staged by either the Royal Opera or ENO. Before the Deutsche Oper’s revival earlier this year, I had indeed only seen Die Liebe der Danae once in the theatre before, also in Salzburg, in Günter Krämer’s 2002 production. I can only wish that Krämer’s production had been revived, for, despite its faults, its Salzburg successor from Alvis Hermanis is truly atrocious.

At best, it is a total waste of money (and bizarrely, given the golden subject matter, a non-ironic one). The sets and costumes look – and surely must have been – very expensive indeed, the dimensions of Midas’s hut threaten to have Franco Zeffirelli, surely the unacknowledged progenitor of Hermanis’s ‘aesthetic’, seem a model of modesty in his garretted vision for La bohème; indeed, we veer dangerously close to Zeffirelli-Turandot-land (far from coincidentally, as we shall have cause to discover). If the very occasional image, notably the portrayal of the shower of gold through dancers, augurs well, everything else is empty indeed. Chorus members wear individualised giant – and yes, I mean ‘giant’ – turbans. Why? Who knows? No one even seems to care. A still-more-giant elephant is wheeled on and off the stage. At the beginning of the third act, someone walks a real donkey on and off the stage in bizarre hommage to Francesca Zambello’s Carmen, or maybe not. Nothing seems to have any meaning. There is a total lack of interest – truly extraordinary in our own times – in the dramatic meaning and possibilities of temptation by and rejection of gold. Nor, unlike in Krämer’s production – which took us from the period of 1944 dress rehearsal, through 1952 for the first production, also of course in Salzburg, to its own time – is there any interest whatsoever shown in genesis and reception. This opera needs help to release its myriad of musical riches; it receives none; indeed, none is so much as attempted in a lengthy essay in – at best – vacuity.

In a valiant attempt to defend or at least to skate over Hermanis’s indefensible, dramaturge Ronny Dietrich writes: ‘This blend of the traditional with the fictitious … has induced Alvis Hermanis to stage Die Liebe der Danae as a fairy tale, especially as the opera’s storyline takes us to the Orient. Even if the libretto mentions Syria as the country in which the encounter between god and man, i.e. Jupiter and Midas, took place, Alvis Hermanis prefers not to commit himself to any location or period in his production.’ It is not, on a moment’s reflection, so valiant after all (and I have checked the original German, lest the words were mistranslated). Why is a ‘fairy tale’ ‘especially’ suited to ‘the Orient’. Did Edward Said, let alone any of his successors, never exist? And why is a fairy tale somehow held to be devoid of meaning, of all manner of implications, psychological, social, political, cultural…?

The claim that no location is committed to is at best questionable. Why, then, do we see, for no obvious reason, that most noble passage in the whole opera – the interlude depicting ‘Jupiter’s resignation’ – ruined by a procession on stage of women in burqas? Well, I say burqas, but, in contrast with the expensive if vulgar designs for everything else, they are simply white sheets: childish, if one were to be charitable, but more likely deliberately insulting? We return to Hermanis. Now notorious for his anti-migrant outbursts – one of his most staggering, brazenly untruthful, brazenly racist claims having been ‘While not all refugees are terrorists, all terrorists are refugees or their children’ – I think we can hazard a guess why he might wish to hold to ridicule Muslim women, in a setting that is anything but non-specific, whatever Dietrich might claim. Likewise why Hermanis might depict ‘the Orient’ – have we really not moved on from that? Yes, we, of course, have – with an essentialism shading between ludicrous and sinister. There is no reason whatsoever for those women to have trekked on stage at all, setting up shop with looms in Midas’s bafflingly large tent; Dietrich offers the claim that carpets, ‘which epitomise the oriental topos’ (we are long past the time to stop digging) establish ‘a connection to the genesis of the opera – a process of intertwining and interweaving themes and motifs’. You could have fooled me. Hermanis’s recent interview with Der Standard, in which he defiantly nails his ‘conservative’ – for which, we can read something a little more than that – credentials to the mast tell us, sadly, much more about what has been going on. Why theatres continue to hire someone whose directorial skills are as impressive as his politics is beyond me – more so than ever, given the results of this production. 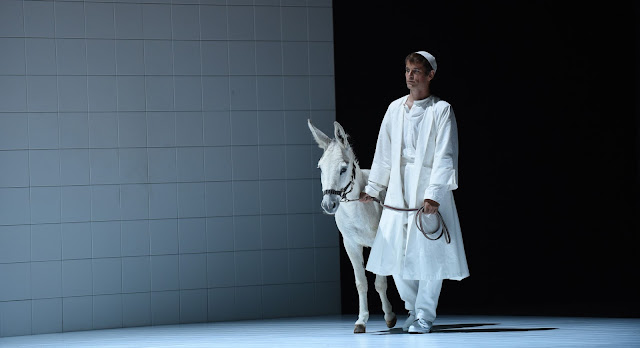 We had, then, to rely on the singing for anything in the way of enjoyment or edification. It is just as well that much of it was very good indeed. I doubt that the role of Jupiter has ever been better sung than it was by Tomasz Konieczny; his was a towering, tireless performance, as impressive in its moments of tenderness as of godly pride. Krassimira Stoyanova’s Danae was, for the most part, beautifully sung, in an evidently heartfelt assumption. Both singers showed themselves excellently matched in that glorious final duet. Gerhard Siegel’s musical and verbal skill was never in doubt, but I was not always entirely convinced that the voice of an excellent Mime offered a plausible Midas challenge to our Wotan-Jupiter. Norbert Ernst made for a lively Merkur and Wolfgang Ablinger-Sperrhacke once again proved himself a fine singing-actor as Pollux. Jupiter’s wives – what to say about their painted-on nipples, another Orientalist ‘fantasy’? – struck me as an altogether superior collection of consorts. Mária Celeng, Olga Bezemertna, Michaela Selinger, and Jennifer Johnston worked so well together, both individual of voice and indeed of character, and yet also cohesive as a vocal quartet, that I longed to hear more from them: a spin-off, please. 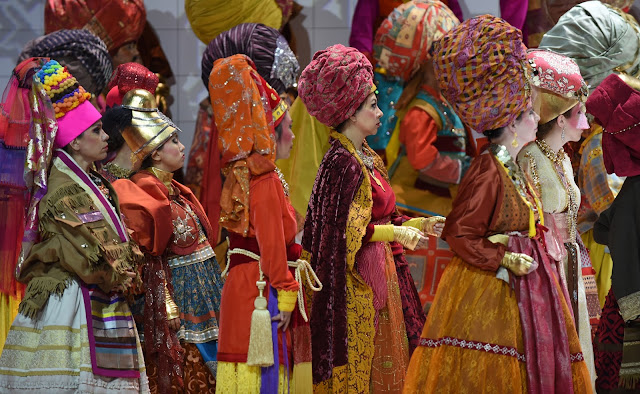 That leaves us to consider the orchestra and the conductor. Franz Welser-Möst, lavishly praised by Hermanis in that Standard interview, conducted somewhat stiffly for much of the evening. If Hermanis thinks, as he claims, that Welser-Möst is an aural equivalent of ‘strong LSD’, he needs to find himself a new dealer. When the conductor relaxed, when he let the music yield a little more, the Vienna Philharmonic came more into its own. There is much more to this score in terms of harmony, colour, a myriad of orchestral melody than we heard here, though. It was not only Hermanis’s fault that the aforementioned ‘Jupiter’s resignation’, one of the most moving orchestral passages in all of Strauss’s operas, went for so little.